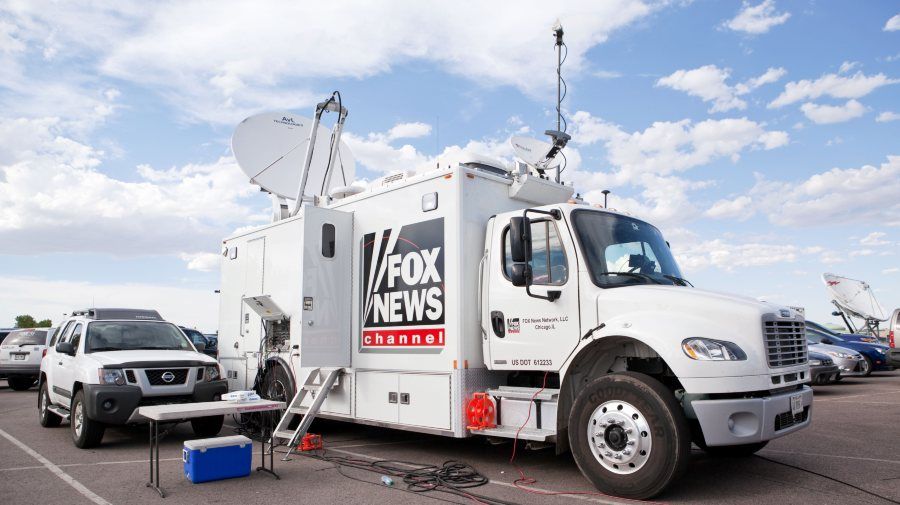 For those who have watched Fox News over the years, it is no surprise that they announced the hiring of Bruce “Caitlyn” Jenner with great fanfare and hype. In the words of CEO Suzanne Scott, “Caitlyn’s story is an inspiration to us all. She is a trailblazer in the LGBTQ+ community and her illustrious career spans a variety of fields that will be a tremendous asset for our audience.”

Perhaps these words could be used as an epitaph on Fox’s legacy? Mark the day carefully.

A Death Knell for Fox News?

All the talking points are in order in Scott’s short, effusive statement: Jenner’s transition from Bruce to Caitlyn is “an inspiration to us all.” This famous biological male is “she.” And LGBTQ+ activism is something to celebrate. You go, girl!

Surely this is the death knell for Fox, even if it remains large and influential for decades to come. It has lost its voice and sold its soul. And with what moral authority can Fox call on Jenner to speak against “Lia” Thomas competing against women? Is this Fox’s new message? “Transitioning is fine and sex and gender are whatever you perceive them to be. Just play fair!”

But, to repeat, this should come as no surprise to those who have watched Fox over the years. Although some of the biggest names on the station were Catholic (such as Bill O’Reilly and Sean Hannity), it was clear that O’Reilly’s views were hardly Bible-based.

The same with Megyn Kelly and others, whose names I mention not to demonize them but simply to say, “They hardly base their worldview on the Scriptures.”

As for Hannity, as much as he identifies proudly as a Christian, he had no trouble having Jenner on as a guest last year, not to criticize him but to interview him as a California gubernatorial candidate.

To quote Jenner’s words during the interview, “For me as a trans woman, I think role models are extremely important for young people.”

What? Jenner a role model for young people?

The transitioning of young people is nothing less than child abuse. (More on this in a moment.) And Hannity didn’t object?

Jenner continued, “Trans issues people struggle with, big time. Our suicide rate is nine times higher than the general public. And for me to be a role model for them, to be out there, I am running for governor of the state of California. Who would have ever thunk that? We’ve never even had a woman governor.”

So Jenner, already crowned “Woman of the Year” by Glamour, would be California’s first “woman governor.”

The cat has long been out of the bag when it comes to Fox’s core values.

In fact, without mentioning specific names here, a friend of mine who is a publicity agent told me a few years ago that, while he wanted to land me an interview on one of the biggest shows on Fox, it would be hard for him to get past some of the show’s gay producers.

In short, just because Fox was pro-Trump doesn’t mean Fox was (and is) pro-Bible (as if support for Trump equated with support for the Bible).

And just because Fox is more conservative politically and fiscally than CNN or MSNBC doesn’t mean that Fox is conservative morally or spiritually.

But again, this should not come as a surprise.

Where to Go for Biblically Based Views

So, if you want biblically based views, go to people who base their lives on the Word of God. If you want news that is more conservative on some issues than the left-leaning networks, go to Fox (and some others). But by all means, do not confuse the two, especially at a time when trans activism threatens to undermine the very nature of male and female, not to mention threatens women’s sports and even our fundamental freedoms of speech.

Undercutting the Agenda of the Left

Last week, I was talking with a well-known conservative media figure who told me that, above all, we must undercut the agenda of the left, and that meant working together with gays like Dave Rubin, even though my colleague personally rejected same-sex “marriage.”

In a similar spirit, a friend of mine who is an Orthodox rabbi had Jenner speak at one of his gatherings because Jenner is such a strong ally of Israel.

And what of Trump having Peter Thiel speak for him at the Republican National Convention, despite Thiel being openly and proudly gay?

An Eye-opening Recent Interview in Contrast to Fox News

The truth be told, I recently interviewed a female-to-male trans person to unite our voices in speaking out against the transitioning of children, which we both agree is child abuse.

But in our case, we began the show by making categorical statements about our differences. We laid that out clearly so there could be no doubt or question as to where we each stood. (Watch here when you can. The interview is a real eye-opener.)

This is in stark contrast with Fox’s celebratory embrace of Jenner as an iconic trailblazer in the LGBTQ+ community.

Ironically, despite Fox’s incessant (and often well-placed) criticisms of President Biden and his administration, Fox made its unfortunate announcement on the same day that the Biden administration announced its aggressive support for radical trans activism — beginning with the transitioning of children.

(For my relevant 5-minute video, “What Does It Mean to Be a Conservative,” click here.)