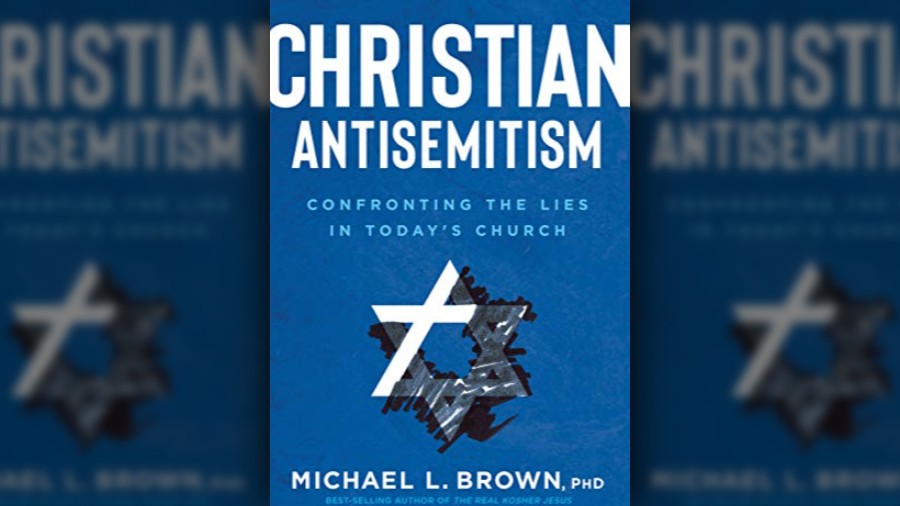 Shortly after I came to faith in late 1971, at my father’s request, I met with the local rabbi. By God’s grace, my life had been radically transformed, going from a heroin-shooting, LSD-using, rebellious, hippie rock drummer to a Jesus-loving, clean-living child of God. And this happened virtually overnight. What a miracle!

So it was that I met with the local rabbi, who quickly befriended me and took a genuine interest in my well-being. He challenged my beliefs, forced me to dig deeper into the Scriptures, and provoked me to learn Hebrew well.

When I Learned About Historical Antisemitism

He gave me a book to read, accompanied by a poignant letter, which I still have today, enclosed in the pages of that book. This is what he wrote:

I’m lending you this book so that as you read its pages you can share in the thousands of years of agony your people have undergone for the sake of the Almighty G-d of Israel and His absolute unity. Perhaps it will touch a note in your heart which will help you realize what your destiny on earth is to be.

Then, after citing powerful verses from the Hebrew Bible, he closed with this: “I pray our G-d give you the inner strength to face the truth no matter what the consequences.”

What a moving letter this was to receive, and what a shocking book it was to read.

But to be perfectly candid, the book didn’t affect me that much, even though it was filled with painful stories of the mistreatment of Jews at the hands of Christians. Growing up, I had been unaware of this history, and in the church where I came to faith as a 16 year old in 1971, I was met with great love, not hatred. These dear Christians seemed to have a tremendous heart for the Jewish people, including those who rejected the gospel. They showed nothing but grace to me, and their hearts were also joined with the modern State of Israel, recognizing that it was God who brought the Jewish people back to their land out of the ashes of the Holocaust, as if alive from the dead.

In the decades that followed, as I traveled around America as well as overseas (now with roughly 200 ministry trips outside the United States), I also met with profound love for Israel and the Jewish people. And, over the years, when I shared with these precious believers the history of “Christian” antisemitism, they were absolutely shocked. As an Iranian Christian once said to me, “It is impossible to be a Christian and hate the Jews!”

Earnest, you see, professed to be a devout Christian, was raised in a Christian home and was the member of a local Presbyterian Church.

That had been my experience for 47 years, with rare exception, and I could count on two hands the amount of “Christian” antisemites I had met — until 2019. Since then, I have encountered more “Christian” antisemitism than in the previous 47 years combined. I am not exaggerating.

It’s as if an ancient plague has been revived, spreading from person to person until millions are affected. It’s like watching a nightmare unfold in front of your eyes, as professing Christians from all branches of the Church experience some kind of mass deception, coming to the “recognition” that the Jews, as a people, are the cause of all the world’s troubles. Those evil Jews! And to say it again: It is often professing Christians who are believing and spreading these lies.

Some, like John T. Earnest, on April 27, 2019, while just 19 years old, took things even further. It was on that fateful day that he marched into an Orthodox Jewish synagogue in Poway, California and opened fire, killing one and wounding three, before his gun locked up. Among the injured are an eight year old girl and the rabbi, who lost a finger on one hand.

According to a court affidavit, Earnest told a 911 emergency line dispatcher, “I just shot up a synagogue … because Jewish people are destroying the white race.”

But that’s not all that he said. In a manifesto written prior to the shooting, he gave an in-depth explanation of why he tried to murder as many Jews as possible, and it was not simply a matter of the Jewish people allegedly “destroying the white race.” Earnest, you see, professed to be a devout Christian, was raised in a Christian home and was the member of a local Presbyterian Church.

Earnest proceeded to rail on the Jewish people in typical white supremacist fashion, but with a distinctly spiritual tone, declaring, “It is unlawful and cowardly to stand on the sidelines as the European people are genocided [sic] around you. I did not want to have to kill Jews. But they have given us no other option.”

Indeed, he claimed, “My God does not take kindly to the destruction of His creation. Especially one of the most beautiful, intelligent, and innovative races that He has created. Least of all at the hands of one of the most ugly, sinful, deceitful, cursed and corrupt,” by which he means the Jews allegedly destroying whites of European origin. This was his Christian duty!

The ‘Christ Killers’ Libel Rears Its Ugly Head Again: Not on Our Watch!

Earnest then cited a number of New Testament verses that antisemites through the ages have used to defame and even attack the Jewish people. Then, he provided a list of 15 reasons why the Jews must be killed, repeating some of the standard, ugly antisemitic libels, and concluding with this: “And finally, for their role in the murder of the Son of Man — that is the Christ. Every Jew young and old has contributed to these.”

Shades of the words of Christian antisemites through the ages. The Jews as a people are guilty of killing Christ. Yes, “Every Jew young and old has contributed” to the murder of the Messiah. “For these crimes,” he wrote, “they [the Jews] deserve nothing but hell. I will send them there.”

He then pulled out his gun and put his words into practice. American Jewish people remain shocked and wounded to this day.

In 1992, I wrote a book recounting the horrible history of “Christian” antisemitism, releasing a new edition in 2019. Now, I have found it necessary to write a whole new book exposing that terrible spiritual disease in our midst today. It is titled Christian Antisemitism: Confronting the Lies in Today’s Church.

Read it and weep. Better still, read it and say, “Not on my watch!”

(This article was adapted from Christian Antisemitism: Confronting the Lies in Today’s Church. Used with permission.)