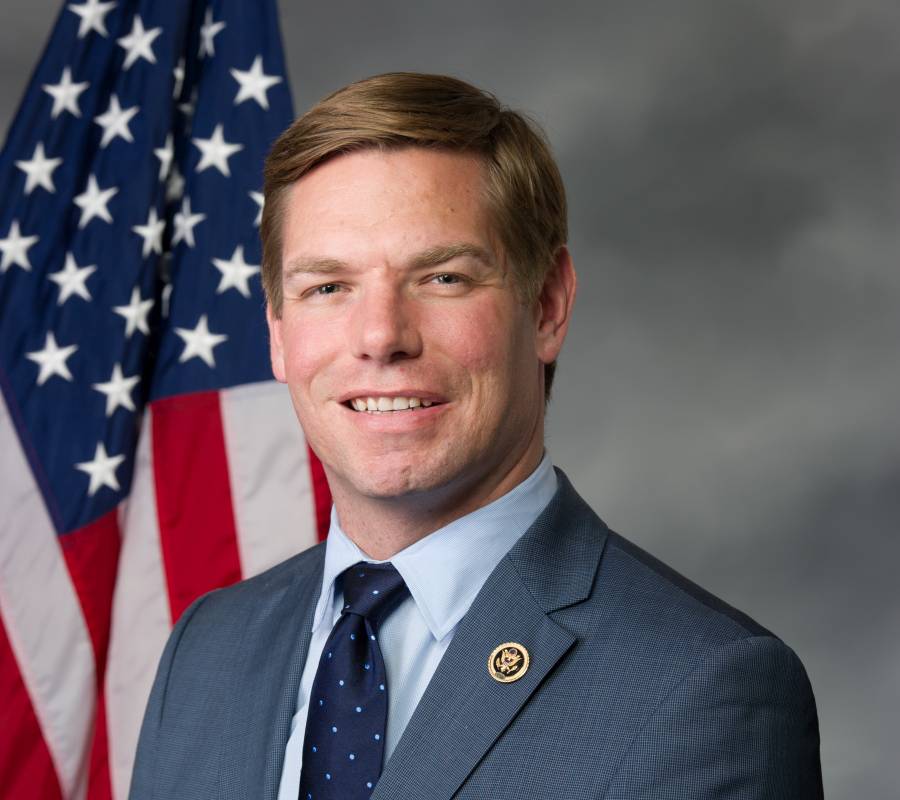 There’s so much developing news today, it’s hard to know where to begin. But one emerging story ties in with something we’ve mentioned, that video of the Chinese lecturer explaining that, were it not for Trump, they would be having their way via their friends at the highest levels in Washington.

That story falls into the “shocking but not surprising” category. It’s chilling, if only because it seems so plausible at this time in our history. And today, we have another report , from Axios, about a political intelligence operation run by China’s main civilian spy agency between 2011 and 2015. During that period they established and exploited “extensive ties” with local and national politicians, including Democrat Rep. Eric Swalwell of California, who sits on the House Intelligence Committee.

Axios has been investigating this story for over a year. Of course, you remember Swalwell, the shill for the Democrat Party who repeatedly lied and accused President Trump of collaborating with Russia. Swalwell was about on par with Adam Schiff, in that he could always be depended on to go before the TV cameras and say anything, no matter how outrageous or demonstrably false. It got to the point where whenever his face appeared on the screen, I had to scramble for the remote and press “mute.” Life is too short.

Beijing has obviously focused for years on gaining influence in U.S. political circles, and apparently has enjoyed quite a bit. As we see from the Chinese video, the election of President Trump was seen as their one big bump in the road. Things were going oh-so-well until he got elected. But they say that now, once again, they have someone in office that they can control — I mean, work with.

Watch this video. All of it. Beijing Biden is a very real thing. pic.twitter.com/PPWBzp9JLH

I imagine the ChiComms were really depressed the night of November 3, when they saw Trump was easily ahead. But then, the next morning, after the vote had been suspended in several states and the count suddenly favored Biden, they were popping the champagne corks for a lovely celebratory brunch.

(In related, breaking news, Rep. Ken Buck of Colorado, a member of the House Judiciary Committee, is calling for a special counsel to investigate Hunter Biden’s ties with China and the access this might have given China to the Obama-Biden administration.)

Getting Fangs Into Top Political Figures

As for this specific operative (SPY), a Chinese national whose name is either Fang Fang or Christine Fang, it appears her operation ended during the Obama administration, though China’s influence-expanding activities continue and are “a core focus for U.S. counterintelligence” (as they had better be). Fang reportedly targeted “up-and-coming” local politicians in the Bay Area and around the country, men who had “the potential to make it big on the national stage.” It’s easy to see why she might have targeted Swalwell, who doesn’t exactly come off as a rocket scientist but would relish the lights and cameras as a career launchpad.

According to Axios, Fang gained proximity to power through “campaign fundraising, extensive networking, personal charisma, and romantic or sexual relationships,” including with two Midwestern mayors.

A current U.S. intelligence official said that “there were some really, really sensitive people” caught up in this. I would presume this was a reference at least in part to Swalwell, as, again, he became a member of the House Intelligence Committee.

Fang took part in fundraising activities for Swalwell’s 2014 re-election campaign, although, as a foreign national, she did not — could not — contribute herself. After that, she reportedly helped place at least one intern in Swalwell’s office. She also interacted with him at various events over several years.

Swalwell wouldn’t participate in the Axios story; his office said he hadn’t seen Fang in “nearly six years” but had provided information about her to the FBI.

This must be because around 2015, the FBI became alarmed at Fang’s activities and gave Swalwell a defensive briefing. He immediately cut all ties to her. She abruptly left the country in mid-2015, leaving acquaintances puzzled.

We don’t know how involved Swalwell was with this woman.

But what we do see from this story is how China — like all governments that spy — spends years cultivating relationships that might pay off even decades later. That appears to be the case here, as Fang first got to know Swalwell when he was a council member for Dublin, California. As Axios says, “The Chinese Communist Party knows that today’s mayors and city council members are tomorrow’s governors and members of Congress.” They play the long game.

Even FBI Director Chris Wray, in July 2020, said Beijing “is engaged in a highly sophisticated malign foreign influence campaign.” These efforts involve “subversive, undeclared, criminal, or coercive attempts to sway our government’s policies, distort our country’s public discourse and undermine our confidence in our democratic processes and values.”

As if that could get any worse. It would appear they’ve done their job, or at least are happy with what they see. But they’re just getting started.

U.S. officials believe Fang was in the U.S. to gather intelligence and also “to influence rising U.S. officials on China-related issues.” China wants to be able “to sway the opinion of key decision-makers.” Fang apparently was being directed by China’s Ministry of State Security (MSS), the country’s primary civilian spy agency. Her main handlers are thought to have been in China. She was put under surveillance by the FBI’s San Francisco Division after being seen traveling around the country getting close to U.S. politicians.

Around 2015, the FBI started giving “multiple defensive briefings” to warn local and national politicians who had been targeted by Fang. That’s when Swalwell cut off ties.

“She was just one of lots of agents,” said a current senior U.S. intelligence official.

Axios goes through numerous reasons why the Bay Area is such a good place for the Chinese to spy. One is that it’s the home of one of our nation’s oldest and largest Chinese American communities. They want to indoctrinate Chinese Americans just as they do the Chinese.

Another reason that might not be so obvious is that Democrats run it. Those seeking power generally have to be from those circles. “Notice all the D’s next to their names,” says Jeff Dunetz for Lidblog .

One Bay Area political operative noted that Fang positioned herself “to be the connector between the Asian American community and members of Congress.” Some described her as “charismatic” and “well liked,” while others thought her “secretive” and “suspicious.”

Predictably, few professed to know her well, saying she didn’t talk about her family or hometown. But her Facebook friends list “is a virtual ‘who’s who’ of local Bay Area politicos, and includes city council members, current and former mayors, [California Rep. Ro] Khanna, and Swalwell’s father and brothers.” Again, all Democrats.

Fang is gone, but there’s no telling how many Chinese nationals are in this country for the same purposes of spying and intelligence gathering, every one as single-minded as she was.

But news is getting around now about Swalwell’s association with a Chinese “honeypot.” Considering his repeated lies about Trump and Russia long after those allegations were known to be false, any bad press Swalwell gets now, deserved or not, I chalk up to karma. What goes around comes around.