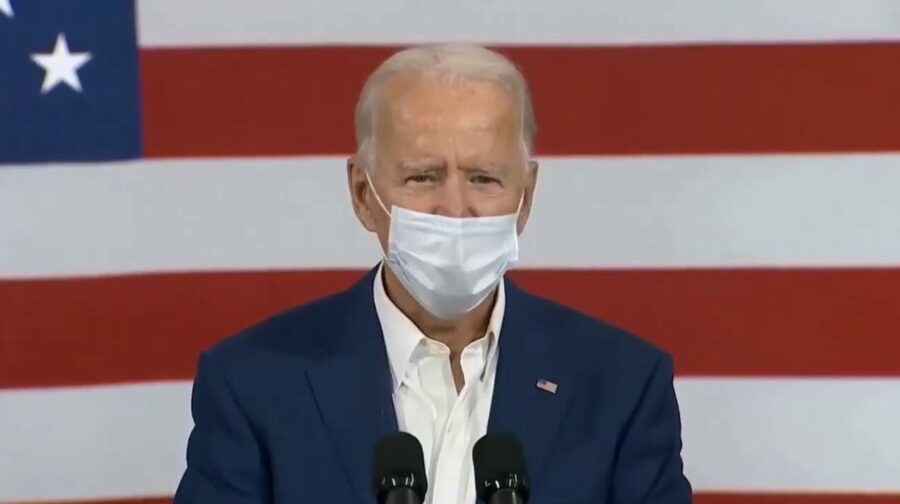 California Rep. Eric Swalwell reacted predictably to the story about him being compromised by a “honeypot” sent by Beijing to spy on up-and-coming officials.

I am not kidding. This revelation should humiliate him more than his bout with on-air flatulence, but he’s determined to simply deflect blame. In a cringe-worthy interview with Politico, he said he’d been targeted in the media — the spy story was broken by left-leaning Axios — because of his criticism of Trump. (Right.) “I’ve been a critic of the President,” he said. “… I was on both committees that worked to impeach him. The timing feels like that should be looked at.”

Florida Sen. Rick Scott and others are calling for Swalwell to be stripped of committee assignments after his astounding failure in judgment. In a letter to House Speaker Nancy Pelosi, Scott said, “Eric Swalwell has no place on the House Intelligence Committee.” (Insert your own “intelligence” joke here.)

House Minority Leader Kevin McCarthy joined others in saying the spying on Swalwell was “just the tip of the iceberg.” This honeypot was playing the long game not just with ambitious men in the Bay Area (Democrats, naturally) but with a couple of mayors in Midwestern cities. She’s probably one of many.

McCarthy believes Fang probably played a role in Swalwell’s ascension from the city council in Dublin, California, to the U.S. Congress. He also wonders if other Bay Area Democrats might have been compromised, including Speaker Pelosi, an ally of Swalwell’s. We already knew that Sen. Dianne Feinstein’s chauffeur for 20 years was a Chinese national/spy.

Former acting Director of National Intelligence Ric Grenell takes this very seriously. “Russia is a problem, but China is a crisis,” he said Wednesday, “and we’ve known it’s been a crisis for a very long time.” He said Swalwell “spent years downplaying the China threat … playing exactly into what the Chinese want people to do. They want to be under the radar.”

By the way, we also learn from Headline USA that Swalwell is not originally from the far-left Bay Area district he represents. He hails from Sac City, Iowa, home of the world’s largest popcorn ball. I assume the citizens of Sac City are much prouder right now of their popcorn ball.

Moving on to another embarrassment — that would be Hunter Biden — both Wisconsin Sen. Ron Johnson and author Peter Schweizer appeared on Wednesday’s Hannity show to discuss the investigation into Hunter’s taxes, which is linked to his suspicious deals with China. Johnson cited the media’s role in suppressing the Hunter story before Election Day, citing the McLaughlin poll that said 36 percent of Biden voters hadn’t heard of this and, of those, 13 percent said they wouldn’t have voted for him. That alone would’ve taken away 4.6 percent of the Biden vote and given the win to Trump.

Schweizer said Hunter lied about not getting Chinese money and that there were “a multitude” of deals with China, involving billions. The challenge lies in finding it all, as Hunter has “a myriad” of offshore accounts. But it’s easier when investigating a tax case, as tax treaties with other countries allow for “a lot more broad information-sharing.” He sees a tax investigation as “the camel’s nose under the tent,” a way to gain access, so “we can start to unravel the full extent of the Biden relationship with the Chinese government.”

In more breaking China news, President Trump on Wednesday provided great contrast to those embarrassing stories by showcasing his reality-based approach to China, sanctioning a member of the CCP named Wan Kwok Koi — affectionately known as “Broken Tooth” — for “using Beijing’s multi-nation infrastructure project to hide the expansion of and crimes committed by one of the world’s largest Chinese criminal organizations.”

This was carried out by Trump’s Treasury Department under the Magnitsky Act (Global Magnitsky Human Rights Accountability Act), which targets corruption and human rights abuse. A couple of other groups under this man’s control were also sanctioned.

UPI reports, “Wan, a member of the CCP’s Political Consultative Conference, is being blacklisted for engaging in corruption as a leading figure in the 14K Triad, which deals in drug and human trafficking, illegal gambling, racketeering and other criminal enterprises.”

They’re involved in developing a powerful business network that the Trump administration said is involved in cryptocurrencies, real estate, and a security company involved in protecting investments for the Belt and Road Initiative, which the State Department describes as “China’s predatory development program and debt-trap diplomacy.” For a real eye-opener, the Executive Summary of this report is a MUST-READ.

The Ten Tasks in Facing the “China Challenge”

First, the report outlines the problems posed by the Chinese government due to its very nature. It goes on to say that “meeting the China challenge requires the United States to return to the fundamentals. To secure freedom, American must refashion its foreign policy in light of ten tasks.” And then it lays them out.

This summary of what America needs to do is so brilliant, it heartens me to know that it came out of our State Department. If you have family or friends who think Trump is out of place in the Oval Office, please give them this to read. It came from the Trump State Department. This very impressive, spot-on report on China would not have emerged from Obama’s State Department or, most certainly, Biden’s State Department. It obviously describes the America that President Trump hopes to preserve and protect.

Tasks 9 and 10 are so important, I’ll quote them here: “Ninth, the United States must reform American education, equipping students to shoulder the enduring responsibilities of citizenship in a free and democratic society by UNDERSTANDING AMERICA’S LEGACY OF LIBERTY [emphasis mine] and also preparing them to meet the special demands of a complex, information-age, globalized economy for expertise in science, technology, engineering and mathematics.

“Tenth, the United States must champion the principles of freedom — principles that are at once universal and at the heart of the American national spirit — through example; speeches; educational initiatives; public diplomacy; foreign assistance and investment; sanctions in more difficult circumstances as well as other forms of non-military pressure; and, where the nation’s vital interests are at stake and all else has failed, military force.”

Seriously, I recommend reading this entire report. It runs another 45 pages or so but is well worth your time.

Chinese Nationals at the Patent Office

Finally, there’s one other problem concerning China that’s been brought to our attention, thanks to reader Curtis D. He informs us that many foreign nationals, including Chinese, are working in the U.S. Patent and Trademark Office. What could possibly go wrong? “These could be spies that are drawing a check from the U.S. government,” he says, “to spy on us, having access to the latest inventions.” This no doubt has been going on for years, but we really just can’t have it. Of course, if Biden ends up in the White House, nothing is going to be done about this.