Since the first diagnosis on December 8 in Wuhan, China, the coronavirus has become a global concern.

The respiratory illness is now designated as coronavirus disease 2019, or COVID-19. According to the World Health Organization, currently 2,804 people have died from the virus. Nearly 98 percent of those fatalities have occurred within China.

“To the Chinese Communist Party, even one million people dying does not matter,” said Sean Lin, a microbiologist and U.S. Army veteran. “It’s just a statistic to them.”

While lamenting the loss of lives, they consider how the outbreak is exposing a regime’s decades of lies.

For Americans, Robert Charles says this is no time to panic. He served as Assistant Secretary of State under George W. Bush which involved public health issues.

“From what we know currently, this appears to be overblown as a ‘crisis’ by politicians and the media,” said Charles in a phone interview. “But this is a health event, not a political event.”

Facts On Coronavirus — and China

According to the CDC, currently 15 cases of COVID-19 have been confirmed in the U.S. with no fatalities.

“The coronavirus is really a group of viruses, this latest strain called COVID-19,” said Charles. “Its fatality rate is between 2 and 4 percent, depending on whose reported numbers you look at. That’s a much lower rate than we saw with SARS or Ebola.”

In the U.S., people recently back from China have been quarantined. The virus spreads via person to person contact.

“The vast majority who have contracted it recover,” said Charles. “Among those who contract it, those with weaker immune systems — such as very elderly people or newborn babies — are most at risk.”

Chang warned of China spreading the notion that this disease originated in the U.S., including in a statement they released on Thursday.

“A prominent Chinese physician just stated that the first diagnosis of coronavirus was in China, but the origin was not in China,” recounted Chang. “It’s a ludicrous, dangerous, and totally irresponsible charge.”

Rather than the virus, Chang sees other reasons to be concerned. The communist regime has spent decades building up military and technology assets.

“Just about everything is on the line here,” said Chang. “Americans have often been very good about ignoring what our enemies are saying about us. We must not be taken by surprise.”

Having seen communist states rise and fall during his tenure in diplomacy, Charles agrees the Chinese government cannot be trusted.

“Their authoritarian rule is brutal,” said Charles. “Confirmed reports show one million Chinese people have been placed in reeducation camps, just over the past year or so. Those few churches that do exist have surveillance cameras with facial recognition.

“It’s like what we saw in the Soviet Union decades ago, only this time with sophisticated technology.” 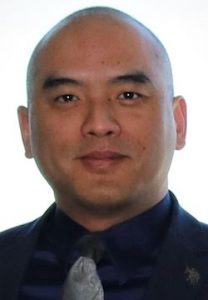 Sean Lin has a firsthand vantage point on China’s abuses.

As a student, he protested in Tiananmen Square in 1989. He escaped communist China years later and emigrated to the U.S.

Lin then served in the U.S. Army, ultimately directing a viral disease lab at Walter Reed Army Institute of Research. Today, he raises awareness of human rights abuses in China.

“One of their biggest crimes that has been exposed is organ harvesting,” said Lin.

“They remove the organs from innocent prisoners of conscience, killing them in the process. They make great profits from this state-run enterprise.”

Doctors Against Forced Organ Harvesting tracks these atrocities. They report more than one million Chinese people have been killed in the past 20 years through these practices.

People of Faith Being Targeted

When advocating for the Falun Gong, a persecuted religious group, Lin was detained in China with his wife in 2000. He minces no words describing those ruling his homeland.

“The communist regime is the enemy of all humanity including the Chinese people,” said Lin. “What they want is a Chinese population they can engineer, including their souls. That’s why they crack down on all religions: Falun Gong, Muslim Uyghurs, and underground churches.” 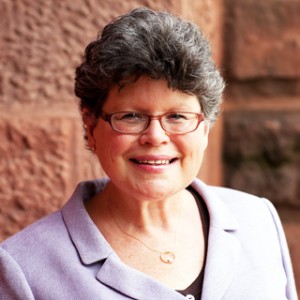 How are persecuted believers faring during the outbreak? Religious freedom advocate Faith McDonnell with the Institute on Religion & Democracy answered in an interview.

“All of the people who are marginalized by the Communist Party don’t have the resources,” she said. “They are going to be affected more than party members.”

Lin provided further insight on why the religious are targeted. “How do they hold on to the society?” he asked. “How do they continue to grab power? First, they have to stamp out people who have independent thinking, such as anyone with spiritual beliefs.”

With strict quarantines in place, fears grip much of China. McDonnell has received reports that people of faith are making a difference.

“A lot of Christians have reached out very self sacrificially to help their fellow neighbors who have the virus,” she said. “The church is really being a witness for Christ in this situation.”

The Fight for Freedom

With CPAC 2020 themed as “America vs. Socialism,” former Bush official Charles connected the dots with the China narrative.

“Socialism is not an end point in itself,” he said. “That’s why the rhetoric we hear in current Democratic debates should be concerning. When you look at the ideas of Marx and others, which I’ve studied, socialism is a way station on the route to communism.”

“As they come to understand what is going on, the Chinese people are white-hot angry.” – Gordon Chang

Chang sees the current moment as a tipping point, as the Chinese people demand more.

“Their hashtag has been: ‘We want the right of free speech,’” he said. “They have adopted ‘Do You Hear the People Sing’ from Les Misérables as their anthem. As they come to understand what is going on, the Chinese people are white-hot angry.”

For Lin, the U.S. Army researcher who fled China decades ago, he believes open access to multiple sources online would open eyes.

“One important step is for the U.S. to help tear down the Great Firewall of China,” he said. “Unfiltered information could totally change the Chinese people. They would wake up and reject communism.”

Explore The Stream’s complete China coverage, and sign up to receive weekly updates.