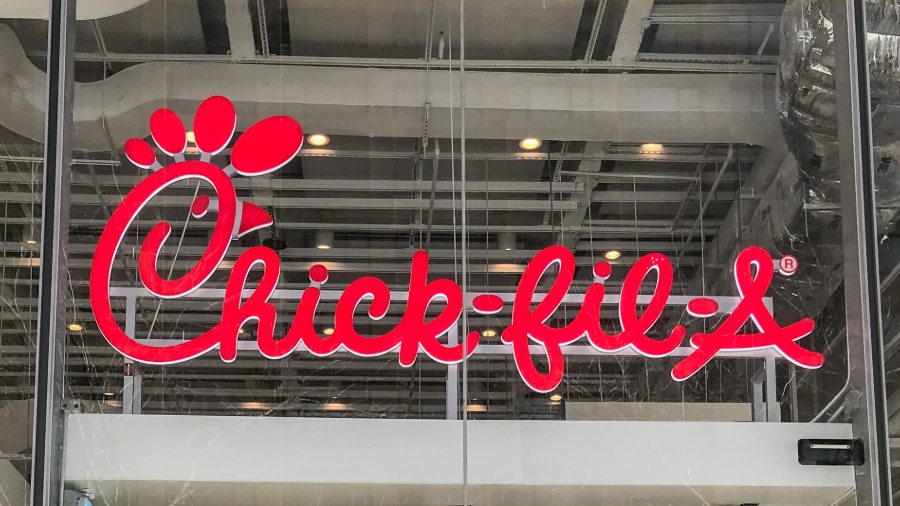 For many years I have said the unspoken mantra of LGBTQ activists is, “We will intimidate and we will manipulate until you capitulate.” Chick-fil-A is now learning this lesson the hard way. Appeasement is not enough. Total capitulation is required.

To catch you up on the salient details, on Monday, there was an outcry from conservative and Christian leaders when it was learned that Chick-fil-A was dropping its support of the Salvation Army and the Fellowship of Christian Athletes (FCA).

Instead, they announced, they were now devoting all their charitable giving to “a smaller number of organizations working exclusively in the areas of education, homelessness and hunger.”

But, since the Salvation Army specializes in these very areas, why stop giving to them? As the Army expressed, ‘“We’re saddened to learn that a corporate partner has felt it necessary to divert funding to other hunger, education and homelessness organizations — areas in which The Salvation Army, as the largest social services provider in the world, is already fully committed.”

In light of this, Chick-fil-A President and Chief Operating Officer Tim Tassopoulos explained, “There’s no question we know that, as we go into new markets, we need to be clear about who we are. There are lots of articles and newscasts about Chick-fil-A, and we thought we needed to be clear about our message.”

To be sure, Tassopoulos also announced, “No organisation will be excluded from future consideration – faith-based or non-faith-based.”

But the message was loud and clear. Chick-fil-A needed to shed all the negative press and establish a new, untarnished reputation based on its charitable contributions “in the areas of education, homelessness and hunger.”

That, of course, was not enough for the LGBTQ activists. To the contrary, they now smelled blood. Total capitulation is required.

In the words of GLAAD (formerly the Gay & Lesbian Alliance Against Defamation, better named the Gay & Lesbian Alliance Against Disagreement), “If Chick-Fil-A is serious about their pledge to stop holding hands with divisive anti-LGBTQ activists, then further transparency is needed regarding their deep ties to organizations like Focus on the Family, which exist purely to harm LGBTQ people and families.”

In other words: Chick-fil-A, you must separate from evil organizations like Focus on the Family “which exist purely to harm LGBTQ people and families.” How dare you have anything to do with them!

Yes, this is some of the cultural madness we have been confronting for years now. A fine, Christian, family-based, loving, Christ-exalting organization like Focus on the Family has one purpose only: harming LGBTQ people and families.

Chick-fil-A must say, “Away from us, you evil ones!”

Grovel and you will get grace.

GLAAD continued, “In addition to refraining from financially supporting anti-LGBTQ organizations, Chick-Fil-A still lacks policies to ensure safe workplaces for LGBTQ employees and should unequivocally speak out against the anti-LGBTQ reputation that their brand represents.”

I imagine it would look something like this: “We regret that we affirmed marriage as the union of a man and a woman. We are ashamed and sorry that we ever held to these outdated, bigoted views. And we are mortified that we ever supported organizations that held to these hateful positions. In the future, we will do everything in our power to support LGBTQ causes.”

GLAAD would applaud a statement like this. Grovel and you will get grace.

Tolerance is Not Tolerated

Years ago, we were told that we only needed to be “tolerant” and “accepting.” But then those two values were deemed homophobic, as evidenced by the Riddle Homophobia Scale, introduced by Dr. Dorothy Riddle for use in schools.

According to this scale, “homophobic” attitudes included: 1) Repulsion; 2) Pity; 3) Tolerance; and 4) Acceptance. Listed under the Positive category were: 5) Support; 6) Admiration; 7) Appreciation; and 8) Nurturance.

And for the record, I had already referenced this scale in my 2011 book A Queer Thing Happened to America. This is nothing new.

Over at CNN, Richard Morgan penned an op-ed titled, “Chick-fil-A is trying to distract you.”

The article begins by asking, “What do bigots become when they bite their tongues?”

You can tell where this is going.

Morgan then states that Chick-fil-A’s apparent policy change “would perhaps be more convincing if Dan Cathy, Chick-fil-A’s CEO, acknowledged as wrong, and directly apologized for the comments that he made in 2012 about the company’s belief and support of the ‘the biblical definition of the family unit.’”

So, unless they renounce the Bible, Chick-fil-A will wear the bigot label, however false it may be.

That’s because, when the left falsely brands you bigoted, the only way to shed the reputation is to join the left. Anything less will be branded deceptive.

It simply matters that Chick-fil-A leadership made a biblically-based, pro-marriage statement and that the company donated to Christian organizations.

Until it renounces such actions as evil, Chick-fil-A will wear the bigot brand, and that’s because the ones attacking them are the bigots.

And so, once more, I appeal to Chick-fil-A: You will never please the left without capitulation. Better to be faithful to your loyal, largely conservative base.

After all, as Winston Churchill once remarked, “An appeaser is one who feeds a crocodile, hoping it will eat him last.”