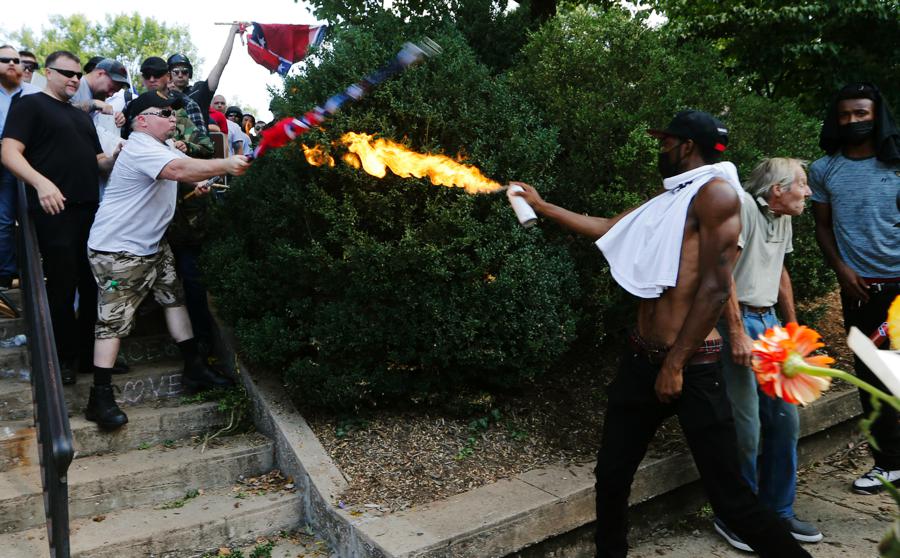 The alt-right. White supremacists. Nationalists. Trump supporters. Racists. Evangelical Christians. Is this a list of unrelated, widely disparate groups that overlap only on the fringes? Or does this describe the inter-connected spokes of the same wheel, different in emphasis but not in kind? The tragedy in Charlottesville, which has heightened tensions and exacerbated divisions in our country, calls for clarity and charity.

If you listen to some secular media, you’d get the impression that Donald Trump is responsible for Charlottesville and that those who voted for him are culpable as well. You’d also get the impression that unless you denounce Trump, you’re guilty of racism and are likely a white supremacist. And since many evangelical leaders support Trump, you’d be led to believe that they are part of the alt-right, all of them racists and hyper-nationalists.

Because I was out speaking Saturday afternoon and evening, I did not post anything on social media about Charlottesville until late that night. By that time, my Twitter feed was lit up with calls for me renounce racism and distance myself from Trump. Out of the blue, I was judged to be complicit in a racist cause because I did not denounce a white supremacist rally quickly enough. And because I had voted for Trump, I was now an accomplice in racism and, by default, a member of the alt-right.

Many of you reading this have had the same experience, as if there was an explicit connection between Charlottesville and Trump voters, between racism and evangelical Christians. But is there a connection?

When I finally got around to posting on Facebook Saturday night, I wrote: “There is nothing American about White Supremacism — nothing heroic, nothing praiseworthy, nothing patriotic. It is a rotten, ugly mindset full of hatred, bigotry, and pride, and every person of conscience should denounce it. It degrades others who are also created in the image of God and takes His name in vain to further its cause. Whatever our political or racial or ethnic background, as Americans, we need to stand together against it.”

All this seems self-evident. Every friend and co-worker I have would agree with this. What is there to argue with?

Most strongly supported what was shared. But not all. Some complained that I had never renounced Black Lives Matter extremism (which, of course, I had). Others claimed that anyone who voted for Trump was complicit in the Charlottesville riot.

What about connecting all the dots on the right and drawing a coherent circle with Trump in the center? I believe that would be inaccurate for the following reasons:

1) Although there were certainly divisive aspects to Trump’s campaign there’s little evidence that he’s a racist. And from the reports I hear from people close to him, he has a genuine burden to help the inner-cities, which are largely minority.

2) Let’s assume that many white nationalists voted for Trump. Still, they make up a tiny part of his overall base. They don’t reflect the sentiments of the vast majority of his voters.

4) The vast majority of evangelical Christians denounce racism and have no connection with the alt-right or with white supremacists. The fact that some white racists use Christianity as a cloak tells us one thing only: they are hypocrites.

5) Identity politics can be just as dangerous as outright racism. Both are divisive, both demean the value of others, and both make judgments based on skin color or ethnicity.

Right now, across the country, there is massive distrust, polarization, misunderstanding, and misrepresentation. And rather than bringing us together, much of the media is fanning the flames of division and fear. They’re often grossly hypocritical: they find fault with one extreme and downplay the other.

At volatile times like this when our blind spots only become bigger, we must decide to be part of the solution and not the problem. That means listening before speaking, understanding before opining, and caring before criticizing.

Will we be peace-makers or troublemakers, ones who build bridges or blow up bridges, those who reach out or those who push away?

Whether we like it or not, with our deep differences and strong convictions, we are one nation under God, and united we stand, divided we fall. Which will it be?

Charlottesville Victim’s Mother: ‘So Much Healing to Do’