Do Not be a Cow Ashamed He Can’t Fly 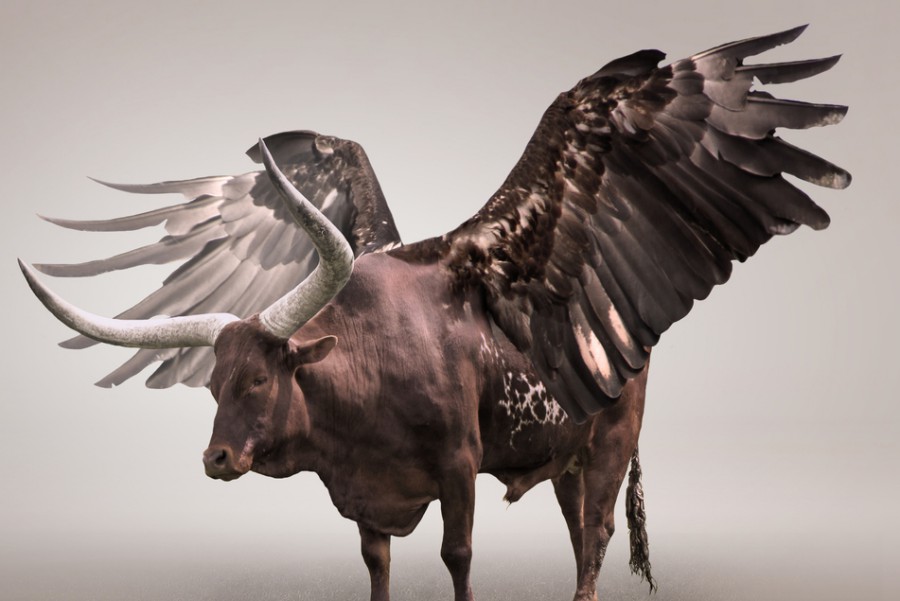 It’s an old proverb that may teach us more than it taught people in the past. “Friends are like fiddle-strings, they must not be screwed too tight.” When people feel so lonely and so disconnected from family, community, church, they’re going to lean too hard on their friends.

And that usually backfires, leaving them lonelier than them were. The nineteenth century great Charles Spurgeon warned, “We must not expect unreasonable things of them, nor provoke them, even in jest, nor exact excessive esteem from them.”

Spurgeon wrote this in a book called Salt-cellars, published in 1892. (We would say “salt shakers.”) A Baptist, and one of the giants of his age, he collected hundreds of proverbs and gives his own take on them. He’s usually insightful, often striking, and sometimes funny. The text of the book can be found here if you want to copy sections from it and here if you want read the original.

This is the third article sharing his insights. See the first for an explanation of why he wrote this way. And learn from the great preacher “How to Speak Like a Christian (and Not Like a Fool, a Bully, or a Buffoon).” See the second article for his instructions on “How to Live Like a Christian (and Be Happy, Not Miserable).” For more from the wise men and women of the past, see #StreamChristianClassics.

Here are a few of his insights on living the good life. They’re true for the Christian, of course, but not religious. More good common sense.

A cow is not ashamed because it cannot fly
Let no man blush because he cannot do what he was never made for. The coachman on the Bath coach could not tell the names of the gentry who owned the mansions along the road, but he gave a fine answer to the angry passenger who asked, “What do you know?” when he replied, “I know how to drive this coach to Bath.”

Many can get money; few can use it well.
Even to keep it is not easy. Many of the silliest investments have been made by men who, in their own business, were shrewd to the highest degree. It is harder to weave than to gather wool.

Farmer! Don’t rake your fields with a small-tooth comb
Some would do so, if they could, to get up the last ear of corn from the gleaner. This is a wretched form of economy.

Give no man counsel or physic till he asks it
He will not value it even if it should prove to be wise, and you will have the blame if it turns out to be unsuitable.
Advice gratis
Seldom great is.

The best harvest is the longest in being reached
Archbishop Whateley said, “The man who is in a hurry to see tho full effects of his own tillage must cultivate annuals and not forest trees.” Only children will be in such foolish haste.

Maidens should be mild and meek,
Swift to hear and slow to speak.
The advice will apply to men also; but the men like advising the women, better than doing right themselves.

A fault confessed is half redressed
By the confession of it, the man has begun to undo the mischief of his action. Let us hope he will redress the other half.

A fault once excused is twice committed
By the excuse you try to justify the wrong, and so you do it again. By the fault you commit a trespass, but by an excuse you set up a sort of claim to a right of way; and this is a worse injury than the first offense.

Make home happy, and you will be happy at home.
A golden sentence. When anyone ceases to care for his home, it is one of the worse possible signs of moral sickness.

Fair and softly goes far in a day
Hurry exhausts itself; a judicious pace is best for traveling and working. Begin as you hope to go on, and then go on, and on, and on, till your sun goes down.

Feel for others — in your pocket
Practical, pecuniary sympathy is more useful than mere talk. “I feel for the poor man,” said one. “Friend, how much does thou feel?” said the Quaker. “Dost thou feel five shillings for him? If so, I will put my feelings along with thine.”

The arm is the stronger, but the tongue is the longer
When the strong arm is weary, the nimble tongue still runs its race. The more’s the pity.

Zeal without knowledge is like haste to a man in the dark
It leads to blunders and accidents.

For a dead opportunity there is no resurrection Sir Richard Baker saith:
“To let time slip is a reverseless crime:
You may have time again, but not the time.”

Fore-think, though you cannot foretell

Give the benefit of doubt Till the truth is fully out.
This is what you would choose if it were your own case, and therefore act thus towards others.

The adviser is not the payer
That is to say, he who gives advice as a general rule has nothing to lose in the matter. Be chary of the counsel of one who carefully keeps on shore but exhorts you to go to sea.

Fools think that others do not think

A little oil may save a deal of friction
Just a kind word and a yielding manner, and anger and complaining will be avoided.

Gentle words are hard to answer
A company of drinking men in Boston, New England, saw Mr. Cotton, the venerable pastor, coming along the street. “I will go,” said one of them, “and put a trick upon old Cotton.” Crossing over the road the rude fellow whispers into the minister’s ear: “Cotton, thou art an old fool.” Mr. Cotton replied, “I am afraid I am so. The Lord make both thee and me wiser than we are, even wise to salvation.” The fellow returned to his companions thoroughly ashamed; and, when they had forced him to repeat good Mr. Cotton’s words, their frolic came to an end. Hard language would have set them on reply, but the soft word silenced them.

That man is surely badly bred, who’s strong in the arm but weak in the head
Of this bad breed there are many. Giants in muscle and dwarfs in mind. Men weak in the head are generally head strong.

Fight, but fight only with yourself
Self-conquest is the greatest of victories. Many have vanquished all others, and yet have been slaves to their own passions.

A good husband makes a good wife
A gracious disposition in the one influences the other, and little faults are almost insensibly cured. The proverb is equally true in reference to the wife, but she has harder material to work upon, and sometimes she fails to make her husband what he should be.

Friends are like fiddle-strings, they must not be screwed too tight
We must not expect unreasonable things of them, nor provoke them, even in jest, nor exact excessive esteem from them.

Good fences make good neighbors.
Experience has proved that all rights must be respected between friends as well as foes. Meum and tuum [mine and thine] must be rigidly distinguished among the dearest relatives. A dear separation of properties and a keeping out of strays, are both very needful for harmony. Even a wandering hen may scratch up a quarrel, and a hog may uproot an old friendship.

Go after wisdom, or it will never come to you.
A suggestive preacher once said, “Do not suppose that wisdom is so much flattered at having you for a pupil that she will set you easy lessons, and yet give you the gold medal.”

Feed a bear, and his claws will grow
Feed a quarrel by saying fresh words of strife, and the result will be more anger and malice than at the first.

The difficult thing is to get your foot in the stirrup
To begin is the difficult matter. Once mounted, riding will be simple enough. To get some men really into the stirrups is the hard matter; they hesitate and remain undecided. To get a livelihood it is a great thing for a young man to get his foot on the ladder, even if it be the lowest rung.