What Is Catholic Social Teaching?

It's not, contrary to popular opinion, liberalism or soft socialism, but something much wiser than either. 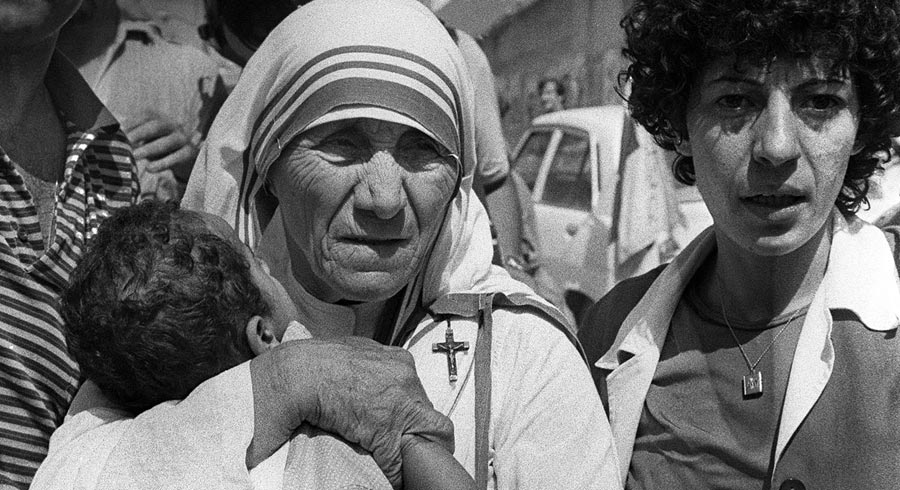 Catholic social teaching is the fleshing out, in pragmatic and general terms, of the twin commandments of Christ: “You shall love the Lord your God with all your heart and soul and mind and strength, and you shall love your neighbor as yourself.” Because those commandments are one, their application to our lives must also be one. Man is an integral whole. He does not possess a religious self here and a public self there. He is not a worshipper only on Sundays. He is also not an atom of self-will. “It is not good for the man to be alone,” said the Lord. Made in the image of the three-personed God, man realizes himself as an individual only by love.

It is not a set of policy prescriptions, though It does rule out certain things. It does not require any particular form of government. It is not a charter for the welfare state. It is not socialism, consistently condemned by the popes. It is not something opposed to, or even in addition to, Catholic teachings regarding the moral life.

It rules out socialism and “liberalism,” if by that word we mean that man can carry out his secular and political life without reference to God. It rules out any society built upon materialist suppositions, whether proposed by leftists or rightists. It rules out all policies that rob the individual of the right to own property, to raise and educate his children by his best lights, to form associations with others of like mind to secure the common good, and to order his deeds so that the faith informs all that he is and does, whether in the home, the market, the workplace or the school.

Man a Political and Social Being

Aristotle famously said that man is a political animal: a living soul who attains the perfection of his being in the context of a free and self-governing society. Catholic social teaching baptizes that saying. A “society” really is meant to be a binding in friendship. It means more than that we agree not to harm each other, taking a little here and yielding a little there. We belong with one another, because we are for one another, in love.

Notice that word love. Nowhere does Jesus command us to love the abstraction called “mankind.” He commands us to love that much more difficult and ornery creature, the neighbor. Catholic social teaching is opposed to all attempts to replace love — real human relations — with impersonal management applied from above.

Now, we learn how to love, and we exercise our love, in what Edmund Burke called “the small platoons” of families, churches, guilds, fraternal organizations, clubs, teams, villages and schools. The family is foremost among these, because it is wholly natural, created by God from the beginning. Here is what Pope Leo XIII has to say about it: “We have the family; the ‘society’ of a man’s house — a society limited indeed in numbers, but no less true a society, anterior to every state or nation, invested with rights and duties of its own,” rights which are not conferred by the civil community.

So Catholic social teaching requires that we foster the health of families by recognizing their just realms of authority and removing impediments to their success, so that a hard-working man, exercising thrift and temperance, can support his family in a becoming way. All policies that undermine the family are to be condemned.

That would include denying that men and women are created for one another in marriage; obliterating the teaching authority of father and mother; celebrating people for sexual profligacy; smiling upon divorce; smiling upon perversion and teaching it to children; and the horrible crime of abortion. The Church’s teachings on sexuality and on society are one coherent whole. To view them separately is like supposing you can have a human being with bones but not blood.

The “liberal” now may suspect that Catholic social teaching is opposed to liberty, defined as the permission to do as you please, within the cow pen constructed by a wise and genial state. But the whole Christian tradition is opposed to that definition. The whole of pagan Greek and Roman wisdom was opposed to it too. If you are talking about freedom and you are not talking about virtue, you do not know what you are saying. That is not liberty but license.

“Laws,” says Pope Leo, “come before men live together in society,” deriving their authority from God. He who sins is the slave of sin. License enslaves. The conclusion is inescapable: “The eternal law of God is the sole standard and rule of human liberty, not only in each individual man but also in the community and civil society which men constitute when united.”

That does not imply that every society will have the same laws, or will derive their civil code from the Pentateuch. Again, Catholic social teaching affirms the goodness of the societies that human beings form. It affirms their rights and their authority. We use our reason, in concord with the moral law, to secure the common good, and our ventures will differ from place to place and from time to time.

To demand that every community abide by certain prudential measures would rob the local people of their legitimate rights and duties as social beings. There can, for example, hardly be anything more offensive to a Catholic imagination than a vast national attempt to preempt parents and local school boards, in determining what should be taught and how.

This is the principle of subsidiarity. It requires that social matters be addressed by the smallest — the most intimate — of social bodies first. We are not to think that this requirement is merely prudential. It is not simply that those local and small societies do a better job addressing local problems. It is that such associations, as Leo puts it, “possess the sanction of the law of nature.” They not only do good; they are good. The good of having a Community Chest abounds beyond the financial good that the group may do.

These groups are as natural for man as is his right to own property. Therefore, says Leo, rulers of nations “have no rights over them, nor can they claim any share in their control; on the contrary, it is the duty of the state to respect and cherish them, and, if need be, to defend them from attack.” Catholic social teaching affirms that fundamental but forgotten right: freedom of association.

So far I haven’t said anything about the poor. They are not a problem to be solved. That’s the materialist way of conceiving of them. They are our brothers, to be assisted materially and spiritually. This is the principle of solidarity. Pope Leo warns that “the rich should tremble at the threatenings of Jesus Christ — threatenings so unwonted in the mouth of Our Lord,” for “a most strict account must be given to the Supreme Judge for all we possess.” It will not do to ignore the poor, with or without policies that exact funds from one person to hand to another while keeping them bound in spiritual poverty.

Catholic social teaching refuses to make an idol of the state, or of individual license, or even of the free markets that the teaching does uphold. All things belong to man as man, that social being made in the image of God, who can find his human fulfillment only in God, among that sweet society of the saints in heaven.

Putting the Culture Wars in a Multi-Generational Perspective

Christian Socialists and Other Enemies of Mankind

Who are the Least of These?