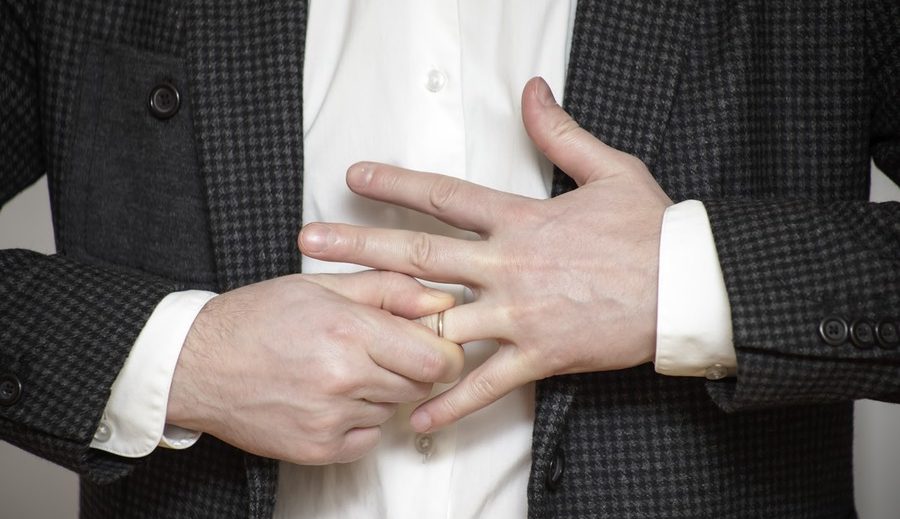 Captain Obvious would no doubt be burned as a heretic in our day. “Free enterprise works!” “Socialism failed!” “Humans come in two sexes!”

All this is completely obvious; all of it is widely rejected. But let me take my life in my hands to state some weirdly overlooked yet obvious facts about the recent “outbreak” of sexual sins on the bloody frontiers of the “Me Too” movement.

Another sad case in that vein came to light recently. A 30-something pastor was exposed for fleecing two young women in his flock. Some people used the words “predator” and “pedophile” to describe this sinful spiritual leader. I want to suggest that those words may mischaracterize the situation.

I’m not excusing anything the man did. I just want to put the criticisms in context. Everyone expended their rage on the older man. I saw no criticism of the young women involved, though both women were sexually mature  and, it seems, rather aggressive. One, at least, had acted in ways that would have put, Lydia Bennet, the flirtatious fifth sister in Pride and Prejudice, to shame. But modern observers often seem to assume it’s only the fellow who is a sinner. Not only that, but he’s also, in some deeper sense, unusual or defective by nature.

So let me plunge into the fray and offer some obvious, but now strangely hazardous, facts.

It is natural for men to find young women attractive. That is part of the operating system and hardware package of the males of our species.

Young love is hardly a new phenomenon. Even Victorian “prudes” (say, Jane Austen) knew of it.

But men aren’t the only ones with a natural operating system. Nature also prepares young women for the rites of spring. While I seldom dated when I was at that age, as an adult I’ve taught thousands of teenage girls. I’ll let you in on a secret: young women are sometimes “boy crazy” in ways that are not perfectly innocent.

Young love is hardly a new phenomenon. Even Victorian “prudes” (say, Jane Austen) knew of it. And William Shakespeare’s Juliet was a year or two younger than Lydia Bennet.

So I question the value of “predator” as a metaphor to help us sort out these issues and characters.

The term “predator” has multiple meanings. But the one critics doubtless have in mind is someone who treats fellow humans as a means to an end — as a wolf treats a lamb — rather than ends in themselves. In that sense, we’re all predators from time to time. We all treat “thous” as mere “get out of my way, you-alls.”

Simone De Beauvoir, the radical feminist who was fired for abusing one of her female students, may disagree, but society has still been right to recognize that marriage is our best answer to predation-prone relationships. It’s certainly better than the “free love” communes so beloved of Alpha Male philosophers like Jean Paul-Sartre, the existentialist philosopher who was also De Beauvoir’s not-so-faithful paramour.

Marriage is our best means for keeping men in a loving relationship with the young’uns they pour out blood, sweat and tears to raise. That’s because it’s our best means for assuring them they are indeed the real dads. Marriage makes sense for women, too. Rather than (potentially predatory) boy-crazy relationships or even manipulative seduction, it focuses women on the family the couple generates together.

Admittedly men have needed marriage’s guidance more than women. But we have two sexes, despite the rumors to the contrary. Both of them have potential to treat the other as a means, rather than as an end in him or herself. Both have power — including sexual power.

Now this teaching on marriage I’m relying on here is almost uniquely Christian. It’s certainly distinct from another all-too-common Western view, which is that that we’ve all come to be through evolution.

From a “natural,” evolutionary point of view, the man is merely broadcasting his genes. The woman is selecting an Alpha Male so as to produce strong children.

Christianity, in contrast teaches that when a mature religious leader takes advantage of a young parishioner, he (and often she) are sinning against God, not Natural Selection.

And it isn’t just evolution that the Christian view of marriage contradicts. Male philosophers like Aristotle of old, and Nietzsche more recently, encouraged males to take the reins in that relationship. Nietzsche suggested a whip as well — which stands in stark contrast to the Apostle Paul’s admonition for husbands to “love their wives as their own bodies.”

Marriage and Christianity Protect Against Abuse

Feminists like Simone De Beauvoir and Mary Daley look at problem marriages and naively see marriage and the Christian faith as the problem. In fact, one of the superb benefits of marriage, when marriages go as intended, is to protect all parties against the harm we tend to do one another by instinct.

And it is the teachings and example of Jesus, who loved women purely and without patronizing that puts the sting into the word “abuse.” He was the was the world’s best example of treating persons as ends, not means. The outrage we now express against abuse is almost uniquely characteristic of Christianity-molded cultures. Sure, there is the outrage of jealousy everywhere you look; but outrage against the very compassion-less fiber of abuse? That’s far less common.

So it is the Gospel that informs us in our outrage against abuse. But we need more of the Gospel, not less, to inform us of the wise path forward.

The Gospel reminds us that young women are responsible for their actions, too. When Jesus saved an adulterous woman about to be stoned, he didn’t leave her without responsibility for her actions. He told her, “Go and sin no more.”

His words offend both Pharisees and feminists by showing women the true respect of high expectations.

The ‘Fix’ Lies in Love, Not Law

Our only two sexes still attract like magnets, from different poles. Juliet was the teenage beauty, Romeo the dashing warrior and troubadour. What Christ offered two thousand years ago, we must receive from him again. It wasn’t mere restraint by law (could threat of prison stop a salmon from swimming upstream?). It was True Love taking our personal responsibility seriously, and constraining and reforming us, teaching us to say “no” to ourselves and “yes” to the best for others.

For the fact is we do young women no favor denying them the dignity of causation and even sin — against God, against the lover’s wife, against their own potential or actual children. Yes, there are times when women are forced against their wills, and there is no sin in what they are forced into there.

But the #MeToo movement isn’t mostly about rape. It’s about men using power against women, yes; but to point only to men’s power is to suggest that women are powerless. They aren’t. They can make choices, too.

Terms like “statutory rape” are often legally accurate, and other words such as “predator” are frequently fitting, too. But they are rarely the whole story. We sin against women — including teenage girls — if we allow such language to reinforce the thought that they are helpless in social situations with males — even “powerful” males.

Wake Up, O Sleeper, Rise From the Dead

Speak for Yourself, Cardinal Farrell