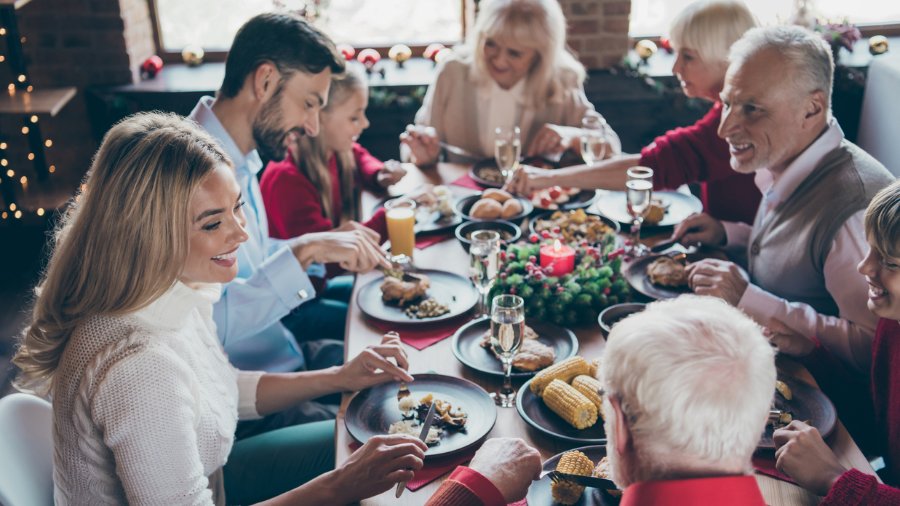 I’ve given this appeal before, but I feel the need to do it again: Let’s make Jesus central in our lives — not the president and not our differences over the president.

I’m a Black-and-White Person, But Humans are a Mixed Bag

To be clear, I hate compromise. I’m a black-and-white person. Abortion is sin. Period. Homosexual practice is wrong. Always. There is no salvation outside of Jesus. For anyone. Ever. The Bible is the Word of God. Truth.

I have no trouble calling it as I see it, regardless of cost or consequences. And the last thing I’m advocating is compromise or lack of clarity or moral confusion.

In fact, I’m so black and white that I once corrected a friend who was in the car with me as I was driving in the winter. I had the heat setting turned up to the highest and would turn it on and off as needed.

He said to me, “Mike, if you adjust the temperature, you won’t have to keep turning it on and off.”

I told him, “No! You leave it either hot or cold.” That’s just the way I think.

But when it comes to human beings, in particular political leaders, it’s a mixed bag. They do good things and bad things. They keep their promises and they lie and exaggerate.

“You Either Love Him or You Hate Him”

All this is true, and on steroids, when it comes to President Trump, one of the most polarizing figures we have ever seen, perhaps even by his choice.

Never has the adage been truer, “You either love him or you hate him!”

But why must the Church respond like this? Why must we revere him as Saint Donald or revile him as the Devil incarnate? Why must we savage each other online while the world watches?

On the one side, if you dare say anything negative about Trump, you get blasted as disloyal to God and out of touch with the Spirit. How dare you! How can you not see how God is using this man?

On the other side, you get blasted as unsaved and heretical if you dare say anything positive about him. How dare you support an ungodly man like Donald Trump!

As I asked in my recent response to Christianity Today’s call to remove the president, since when did our views on Trump become the litmus test for our faith?

The Good and Bad in Trump’s Words and Actions

The truth is that we have a man in the White House who does a lot of good for Christian causes. And I mean a lot. And he’s doing a lot of good for the nation as a whole, including minorities. And his door remains wide open, remarkably so, to godly Christian leaders.

That’s really terrific and should not be underestimated.

At the same time, the same man who does so much for Christian causes also acts in some really unchristian ways.

Think back to his insults of Senator McCain or the Cruz family during the primaries. Think of his calling Omarosa a dog. Or saying that Nancy Pelosi’s teeth were falling out of her mouth. Or joking that a former Congressman might be in hell.

That’s anything but terrific and should not get our support.

But, I repeat, why must it be either-or?

We are on God’s Team

We are on God’s team more than on Trump’s team or the Democratic team or the Republican team.

Or, put another way, in the words of Chief Justice John Roberts, “My job is to call balls and strikes and not to pitch or bat.”

Obviously, we pitch and bat too (in terms of our involvement in cultural and social and political issues). But his point applies to us as well. Our highest allegiance must be to truth, to the Lord. And as followers of Jesus, we must unite around that truth.

The fact is that the world is going to hell in a handbasket, and the darkness is getting darker by the day. Now is the time for us to rise and shine, and we can only do that, with full effect, if we do it together.

So, if you’re truly a born-again member of the family of God, let’s stand together and give the devil a black eye rather than blackening each other’s eyes.

Is this too much to ask, especially during family time over the holidays and as we enter the New Year?

As my wife Nancy urged in a recent FB comment, “If I could, I would BEG all believers to stop biting and devouring one another…..especially over politics and Trump. This is not the heart of God. The attacks and slander…..and hatred that is aimed towards the ones they are commanded to love with all sincerity and purity is so far from everything I know about the Lord, it’s difficult to understand how we got here. Jesus said that the world would know we are truly his disciples by our love for one another. How far we have fallen!”

The truth remains that united we stand and divided we fall. Let us unite around Jesus rather than divide over Trump.

Give it a try. It will do your soul good.