He may attempt to do it, and the law appears to be on his side, but it's a gamble whether the Supreme Court will strike it down. 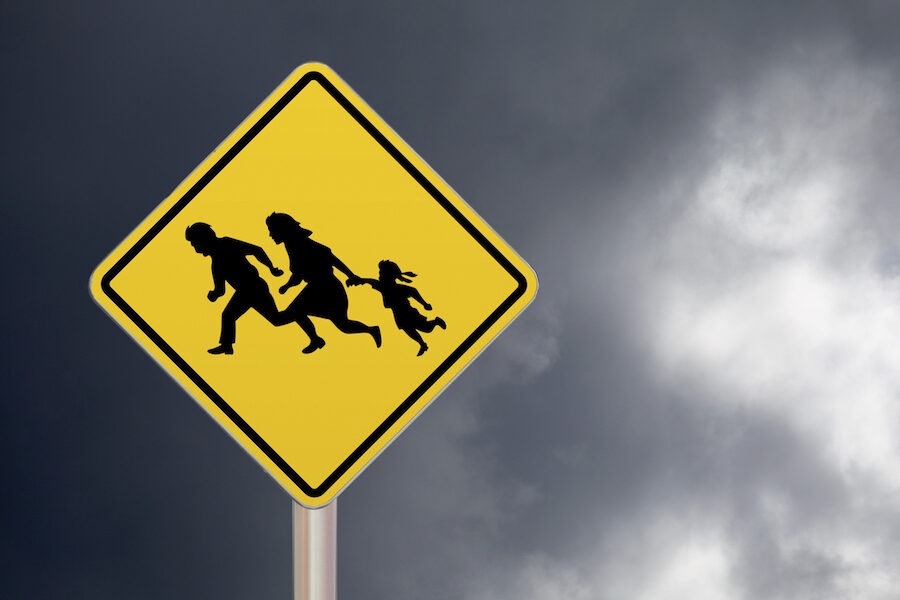 President Trump may end birthright citizenship for babies born to illegal immigrants. Making any child born in this country a citizen has become a contentious issue. Americans pay for these babies, who are legally entitled to welfare. Worse, these “anchor babies'” help their families obtain legal status. This “chain migration” undermines the immigration system.

The 14th Amendment’s “citizenship clause” is the source. It states: “All persons born or naturalized in the United States and subject to the jurisdiction thereof, are citizens of the United States and of the State wherein they reside.” It was adopted in 1868 to protect the newly freed slaves. It was not intended to apply to someone who simply entered the country and had a baby.

What Does the “Citizenship Clause” Mean?

If Trump follows through with the executive order, it will face legal challenges. Opponents contend he doesn’t have the authority with an executive order. They say a constitutional amendment is needed. Surprisingly, over 150 years after the amendment was passed, we don’t have an authoritative ruling. The Supreme Court has not ruled on whether the Citizenship Clause includes the U.S.-born children of illegal immigrants. If the Court rules that Trump cannot change it with an executive order, the only way to change it may be to amend the constitution. But history gives us another option.

What are the legal questions? John Eastman, writing in National Review, asserts that it comes down to the meaning of jurisdiction. What does “subject to the jurisdiction thereof” mean?

There are two types of jurisdiction. Complete, political jurisdiction applies to the citizen. Partial, territorial jurisdiction applies to someone like a tourist visiting the U.S. He does not subject himself to our complete, political jurisdiction. “He does not get to vote, or serve on a jury; he cannot be drafted into our armed forces; and he cannot be prosecuted for treason if he takes up arms against us, because he owes us no allegiance.” Those who wrote the 14th Amendment referred to this type of person as a “temporary sojourner.” He is not “subject to the jurisdiction” of the U.S.

He’s still entitled to the legal protections other parts of the 14th Amendment provide, because those are given to anyone “within its jurisdiction.” For the same reason, he can be tried for crimes committed in this country.

Does the Clause Apply to Children of Illegal Immigrants?

Conservatives argue that the clause does not apply to the children of illegal immigrants. They are temporary sojourners. They are not “subject to the jurisdiction.” Like a tourist, the U.S.-born child of an illegal immigrant can be subject to prosecution in the U.S., but he’s not entitled to citizenship.

Senator Jacob Howard, who introduced the Citizenship Clause in the Senate in 1868, explained that the clause excludes “persons born in the United States who are foreigners, aliens, [or] who belong to the families of ambassadors or foreign ministers.” That seems pretty clear. It excludes the children of illegal immigrants born in this country.

Eastman says the 14th Amendment does not need to be amended to prohibit birthright citizenship. It merely needs to be interpreted correctly. Constitutional originalism requires interpreting the Constitution the way it was intended when it was written or amended. We know what it meant then, and it did not mean illegal immigrants.

Amy Swearer writing at The Heritage Foundation observed, “Notably, even modern advocates of universal birthright citizenship agree that at least some individuals were excluded from citizenship because they owed only a qualified allegiance, despite having been born ‘in the United States.'”

The 14th Amendment Doesn’t Need to be Amended

The Supreme Court first addressed the Citizenship Clause in the 1873 Slaughterhouse Cases. The court stated that the clause excluded “the children of ministers, consuls, and citizens or subjects of foreign States born within the United States.”

Next the clause was interpreted in the 1884 case of Elk v. Wilkins. The Court used it to prohibit Native Americans from receiving citizenship. But this changed. In 1924, Congress passed a law granting all Native Americans citizenship. That highlights the other option I mentioned above. Clearly, no constitutional amendment was necessary to make this change. Why should a constitutional amendment be necessary now to change the interpretation of the clause regarding illegal immigrant babies?

Only about 30 countries confer birthright citizenship.

A Decision Up in the Air

According to the Migration Policy Institute, illegal immigrants have given birth to four million babies in the U.S. Only about 30 countries confer birthright citizenship. Britain, Ireland, Australia, New Zealand and India have restricted or eliminated it within recent years.

Without a mandate, there is no reason why the 14th Amendment cannot be interpreted to prohibit the practice. But the Supreme Court may not agree. With the recent change in the high court’s makeup and the unpredictability of some of the judges on the right, particularly Chief Justice John Roberts, it is up in the air whether an executive order from Trump will stand. In fact, it’s unpredictable whether a congressional decision would survive legal challenge.