Can Taking Communion Be Detrimental to Your Health? 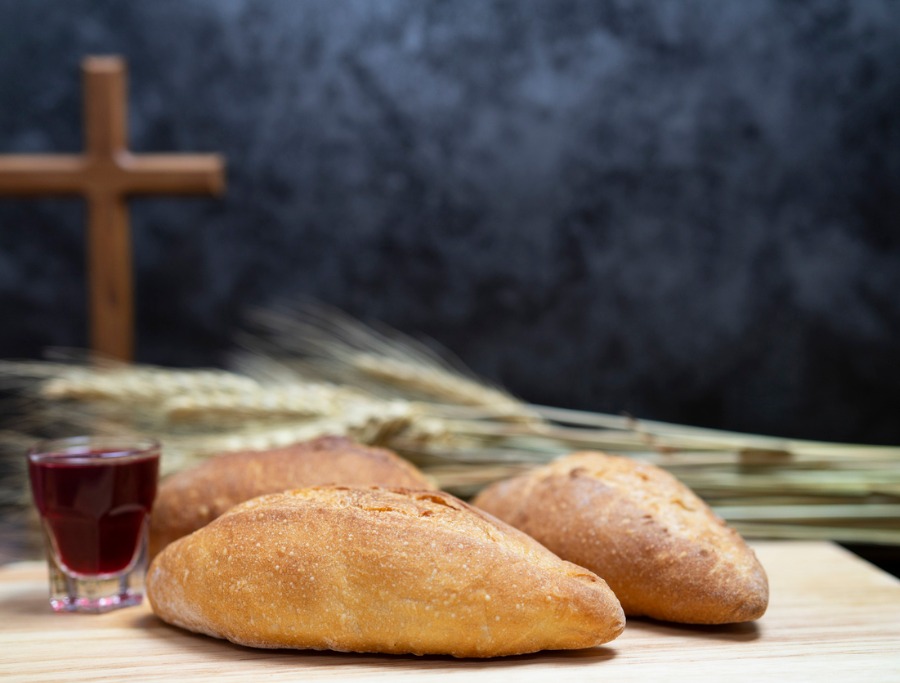 When I addressed the question of a Catholic priest refusing communion to Democratic presidential candidate Joe Biden, I took certain scriptural truths for granted. Please allow me to fill in that gap here.

Three passages in 1 Corinthians are especially relevant when it comes to who should or should not partake of the Eucharist.

The first passage is found in 1 Corinthians 5, a chapter dealing with a pressing moral issue for the believers in that famous Greek city.

A man was sleeping with his father’s wife, and some of the Corinthians thought it was fine. After all, they reasoned, we are free in Jesus!

Paul was quick to address this, stating plainly in his letter that the freedom we enjoy in Jesus is a freedom not to sin rather than a freedom to sin.

In this case, since the man had refused to repent and turn from his sinful ways, the church needed to practice holy discipline: this unrepentant must be disfellowshipped. The believers were not even to have a meal with him.

I wrote to you in my letter not to associate with sexually immoral people — not at all meaning the people of this world who are immoral, or the greedy and swindlers, or idolaters. In that case you would have to leave this world. But now I am writing to you that you must not associate with anyone who claims to be a brother or sister but is sexually immoral or greedy, an idolater or slanderer, a drunkard or swindler. Do not even eat with such people. (1 Corinthians 5:9–11)

So, in the case of those who want to continue to be part of the congregation while refusing to repent of their public sin, we are to separate from them. The goal is to awaken them to the danger of their sin and call them to turn back to the Lord.

To be sure, this does not tie in directly to the question of partaking in Holy Communion. But it does point to the larger question of one’s standing in the Body of Christ.

Public, unrepentant sin must be addressed, and there are consequences when a professing believer refuses to repent.

Second, and with direct relevance to the subject at hand, Paul wrote this in 1 Corinthians 11:

In the following directives I have no praise for you, for your meetings do more harm than good. In the first place, I hear that when you come together as a church, there are divisions among you, and to some extent I believe it. No doubt there have to be differences among you to show which of you have God’s approval. So then, when you come together, it is not the Lord’s Supper you eat, for when you are eating, some of you go ahead with your own private suppers. As a result, one person remains hungry and another gets drunk. Don’t you have homes to eat and drink in? Or do you despise the church of God by humiliating those who have nothing? What shall I say to you? Shall I praise you? Certainly not in this matter! (1 Corinthians 11:17–22)

You see, in the early Church, communion was not simply a little appendage added to a public gathering. It was part of a “love feast,” meaning, part of a regular meal where Christians would gather together to eat, drink, fellowship, worship, pray, and learn. And it was during that meal that communion was normally taken.

Paul had strong words for the Corinthians, rebuking them for their gluttony, drunkenness, and selfishness.

Yes, he wrote, it’s true that you’re coming together for a meal, but it’s not the Lord’s meal. Instead, you’re getting drunk on the communion wine and eating all the bread before others arrive. What kind of Christian expression is this?

But there’s more that Paul had to say. This was not just an unchristian expression. It was downright dangerous.

First, he explained the history of this sacred meal and its significance:

For I received from the Lord what I also passed on to you: The Lord Jesus, on the night he was betrayed, took bread, and when he had given thanks, he broke it and said, “This is my body, which is for you; do this in remembrance of me.” In the same way, after supper he took the cup, saying, “This cup is the new covenant in my blood; do this, whenever you drink it, in remembrance of me.” For whenever you eat this bread and drink this cup, you proclaim the Lord’s death until he comes. (1 Corinthians 11:23–26)

Then, he explained the very real danger of partaking of the communion elements “in an unworthy manner,” as the Corinthians were doing:

So then, whoever eats the bread or drinks the cup of the Lord in an unworthy manner will be guilty of sinning against the body and blood of the Lord. Everyone ought to examine themselves before they eat of the bread and drink from the cup. For those who eat and drink without discerning the body of Christ eat and drink judgment on themselves. That is why many among you are weak and sick, and a number of you have fallen asleep. But if we were more discerning with regard to ourselves, we would not come under such judgment. Nevertheless, when we are judged in this way by the Lord, we are being disciplined so that we will not be finally condemned with the world. (1 Corinthians 11:27–32)

And what, exactly, did Paul mean when he wrote, “That is why many among you are weak and sick, and a number of you have fallen asleep”?

He meant that many were sick and a number had died. Yes, this is what happened to them as a result of their sinful behavior.

What makes the situation all the more striking is that scholars have estimated that the number of believers in Corinth at this time was roughly 50-75, , a small congregation by today’s standards. Yet Paul said that many were sick and some had died. That is saying a lot.

It is for this reason that he urged the believers to examine themselves first before partaking.

Examining Yourself Before the Lord

What does this look like on a practical level?

Let’s say I had bitterness in my heart towards someone who had sinned against me, refusing to forgive them when they apologized sincerely.

Upon examining myself before the Lord, I would be convicted on this sinful attitude, asking the Father to forgive me through the blood of the cross and forgiving this person from my heart on the spot.

Then, free and clear before God, I would partake, also committing to communicate forgiveness to that person as soon as the opportunity arose.

So, it is not a time for self-condemnation or despair. Jesus has paid for our sins. It is a time for self-examination and reflection, since we are participating in a holy act.

And this leads to the third and final passage of relevance in 1 Corinthians. Paul wrote:

Consider the people of Israel: Do not those who eat the sacrifices participate in the altar? Do I mean then that food sacrificed to an idol is anything, or that an idol is anything? No, but the sacrifices of pagans are offered to demons, not to God, and I do not want you to be participants with demons. You cannot drink the cup of the Lord and the cup of demons too; you cannot have a part in both the Lord’s table and the table of demons. Are we trying to arouse the Lord’s jealousy? Are we stronger than he? (1 Corinthians 10:16–22)

Paul’s argument is extreme, but that’s because of the importance of the point he is making. Shall I offer a sacrifice to an idol one day then partake in communion the next? God forbid!

In the same way, I believe Paul would ask, “Shall I support the killing of innocent babies in the womb one day and then partake in communion the next? God forbid.”

Let repentance come first. Then, as Paul said, eat and drink. Done rightly, this can bring blessing, healing, and life.