Can Boomers Convince Their Grandchildren Not to Take the ‘Coronavirus Challenge’? 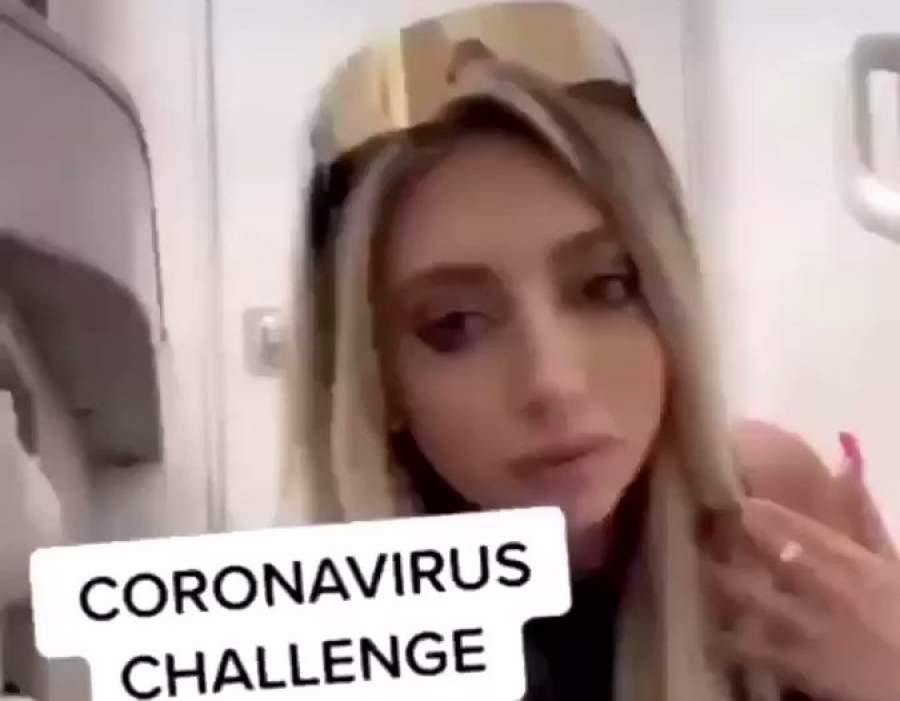 The key to stopping the spread of the coronavirus in the U.S. rests in the hands of millennials, who appear to have a difficult time practicing social distancing, according to Fox News medical contributor Dr. Janette Nesheiwat.

“When it comes down to our millennials who are very active, they want to be out there, they want to go shopping and to parties and to clubs, so they are really the ones who hold the key to curbing the trajectory of this wicked virus that is metastasizing through our nation and causing so much havoc and disruption,” Nesheiwat told Tucker Carlson Tonight Monday.

Let’s hope that millennials are listening.

There’s a “Coronavirus challenge” video out on TicToc, too shocking to display here, showing a young woman intentionally exposing herself to germs in an airline bathroom. It’s pretty clear to most of us that taking up this challenge is a bad idea. But the “influencer” on Tik Tok who launched it didn’t think so. Nor will many young people who see it, and decide it’s “cool” or “edgy.”

The same things aren’t obvious to everyone. Not anymore. People are doing a lot of things that should be obviously a bad idea — like bringing performers from the sex industry, some of them sex offenders, to do “Drag Queen Story Hour” for impressionable kids. Because, you know, its clear intent is to spread gender dysphoria. That’s something which till five minutes ago we all agreed was a disease.

Now it’s … what exactly? A lifestyle? An identity? A brave and radical challenge to the stale, patriarchal something-or-other? Does anyone have the nerve to say anything critical about a condition that goads girls to cut off their breasts? No? I only hear crickets. The shrinks are hiding under their couches, afraid of the LGBT activists and the Royal Canadian Mounted Police.

Can we really be sure that “Coronvirus Positivity” won’t be the next fashionable social movement? That young, asymptomatic people won’t demand their “right” to swim in pools and work as line cooks, and brand disapproving doctors “Coronaphobes?”

Are you certain? Before giving your answer remember that the entire Democratic party establishment now supports legal infanticide and amending the Civil Rights Act to protect not just homosexuality but transgender “identity.”

How exactly can the Boomers most likely to curl up and die as the outcome of Coronavirus Positivity argue with the woman in that video? Let’s try it and see. I don’t have the heart to look up her real name, so I’ll just call her “Jezebel.” Imagine she’s having an argument with her elderly grandma, “Lilith.” On Facebook, of course.

Thanks for Defending “Choice,” Grandma

LILITH: I think you looked ridiculous, Jez. Who licks a toilet? At any time, ever? For any reason?

JEZEBEL: Okay, Boomer. I remember you showing me pictures of you burning your bra on the National Mall. Back in what, the 1870s or something….

LILITH: That was part of a demonstration, hon. And it was NINEteen-seventy-five. We were protesting for our right to control our bodies.

JEZEBEL: Oh yeah you mean ABORTION. Yawn. I heard how you almost knocked off Mom. Glad you changed your mind. I guess.

LILITH: I’m sorry you heard about that second-hand, instead of from me. It’s something I shared with your mother during a very hard time in her life.

JEZEBEL: Yeah, when she got knocked up with ME. And you were telling her she was free to make any choice, that you’d support her. Thanks for having my back, grandma.

My Virus, My Choice

JEZEBEL: Are we? It’s my tongue. My choice.

LILITH: Yes, dear. Your tongue is yours. You can choose to get it pierced, if you really wish.

JEZEBEL: Or how about I SPLIT it, identify as a lizard? I saw this wild woman who did that in New Zealand….

LILITH: I think that would be a very bad idea, Jez.

JEZEBEL: But it’s within my rights, isn’t it? Total autonomy, right?

LILITH: Except where it interferes with the rights of others.

JEZEBEL: I didn’t steal that toilet. I’m not forcing anyone else to lick it. I’m not afraid of getting this stupid virus that’s making you old people close all the bars and clubs. I know I’ll be fine. Probably. Or else, not … then POOF. I’ll be gone. So what?

The shrinks are hiding under their couches, afraid of the LGBT activists and the Royal Canadian Mounted Police.

LILITH: It saddens me very much to hear you talk that way about your life. You have infinite potential, Jez. Remember all those awards you won at Sarah Lawrence. …

All the Social Security Money Could Fund Student Debt Forgiveness

JEZEBEL: Those weren’t cheap, grandma. I owe $125,000 for my Gender Studies degree. And now the Starbucks where I work laid me off thanks to your old-people quarantine. Sure, I have potential. As a vector!

LILITH: That’s what I’m saying. That’s where you cross the line. What you do with your body in these times could have lethal consequences for someone else’s body.

JEZEBEL: And that would be … wrong somehow? Remember AIDS, when it used to kill dancers and designers? I wrote a paper on that. They wouldn’t close the bath houses in San Francisco for like, years, even though they were spreading it. Why? Because it would have been totally homophobic. So why is it okay for you to be Coronaphobic?

LILITH: That’s not even a word, Jez.

JEZEBEL: It is now. BOOM! I’m totally going to meme it. You’ll hear it on Joe Rogan within a month, I promise.

LILITH: Please don’t. Please … stop. I can’t believe you’re willing to do this to us, the people who worked so hard to leave you all these personal freedoms, and a social safety net, and rights and opportunities….

JEZEBEL: You mean the Boomers? You don’t like the Boomer Remover? It will take care of the Social Security deficit, won’t it? Free up that money for student debt forgiveness, baby. Maybe I’ll do a Coronavirus Story Hour over at the fancy “assisted living” dorm for old people where you live. Will you show up, Grandma? I promise to read from The Handmaid’s Tale.

LILITH: I can’t imagine how you turned out so … callous.

JEZEBEL: You really can’t, can you? That’s what’s so sad, Grandma. Well, I guess I’ll see you at the cremation. Peace, out!