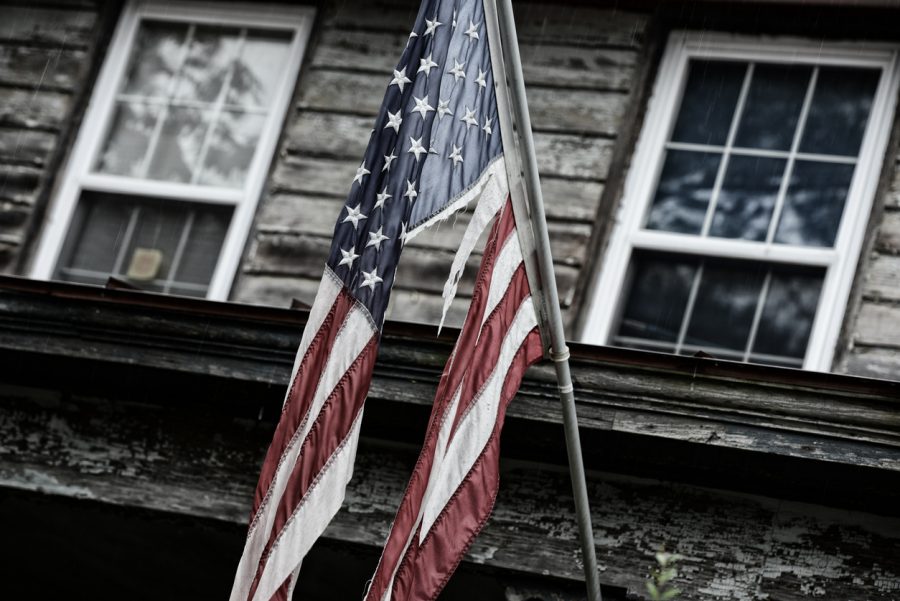 Before I set the stage and lay out the most prominent dimensions of our current crisis, let me answer the question I ask in the title of this article. Namely, can America survive this perfect storm? The answer is simple and obvious: without divine intervention, we are in big trouble. Really big trouble. Massively big trouble. We need God, desperately and urgently. Otherwise … well, you can fill in the blanks. Things do not look good right now.

To recap the main events of 2020, we entered the year deeply divided in the midst of the impeachment hearings, with very little middle ground between us.

And the divisions between us only grew deeper by the day, as we were fed mutually exclusive narratives in the news and social media echo chambers in which we live.

“You’re being brainwashed!” we shouted at one another, convinced it was them, not us, who were biased and blind (and stupid).

Since then, we have suffered (and continue to suffer) a pandemic, which has only been exacerbated by the mixed signals from leaders and “experts.”

Shutdown or no shutdown? Did we ever level the curve? Mask or no mask? Is the vaccine good or bad? Is Trump trying to kill us? Is China trying to kill us? Are Democratic governors and mayors trying to steal our religious freedoms? Is Dr. Fauci a fine man or a devious political plant? Can we trust the CDC? The WHO?

And all the while, the death count continues to soar.

In the midst of this crisis came the death of George Floyd (among others), followed by massive, national upheaval. (Yes, I’m using the word “massive” a lot, for good reason). Protests. Riots. Cities aflame.

Is America a good country or a racist country? Should we trace our national history to 1619 or 1776? Can we separate Black Lives Matter from the BLM Movement? And what about Antifa? And the cancel culture. And mobocracy. Are we safe in our own neighborhoods?

It really feels as if our country has lost its way. Nothing seems certain and the ground seems to be quaking under our feet. What will tomorrow bring?

Next came the elections.

Without COVID-19, it is likely that Trump would have defeated any Democratic candidate in a landslide with our economy strong and with Trump’s base steadily growing.

But with COVID, not only did the economy take a nosedive, but a new crisis arose: massive absentee voting, with limited supervision.

Months in advance, Trump was already crying fraud, assuring his followers he could only lose if the election was rigged. (Of course, this has been a Trump mantra for years, quite unrelated to COVID.)

Were the polls wrong again? Could lighting strike twice and Trump beat the odds for two straight elections? Or were the polls further proof that the system really was rigged, that pollsters and the mainstream media and Big Tech were colluding to steal the election from Trump?

Then Big Tech censored some major, election-related stories, and the mainstream media refused to cover them.

The perfect storm of suspicion and mistrust was intensifying by the hour.

Then election night happened, and as we approached midnight, Trump seemed close to victory. He really did do it again. Lightning did strike twice.

But then the counting stopped in those few, key states, and then … well, you know the rest of the story.

One half of America knows exactly what happened. The election was stolen. Massive fraud was perpetrated. Trump’s warnings were absolutely right. The proof is there, right before our eyes. We cannot let this happen to our nation!

If the Democrats get in they will pack the Supreme Court, they will open our borders, and America as we know it will be done. Finished. Gone.

The other half of America also knows exactly what happened. Joe Biden won the election fair and square. That’s why the courts have thrown out case after case from Trump’s legal team, right up to the Supreme Court. In fact, the last effort (from Texas) was so flawed that all the justices appointed by Trump refused to hear it. Trump and his supporters are the laughingstock of the nation.

“Face the facts,” that half of America says. “Trump has brainwashed you and is destroying the country. Can’t you see it?”

The other half replies, “How can you be so blind? Don’t you care that one of the greatest crimes in our nation’s history has been committed? And do you think more than 70 million Americans will simply accept a theft of this level? Not a chance.”

Now there is even talk of some states seceding from the union. The situation really is grave.

Our Desperate Need for God

And I’ve not said a word about the massive spiritual crisis, as it seems that evangelical Christianity has become defined by solidarity with Trump more than by solidarity with Jesus. Then there are the charismatic prophets assuring us that Trump will, in fact, triumph, while others look at us with incredulity and scorn, quite sure that we have totally lost our minds.

Yet without COVID, we would not be here today, for a host of reasons outlined above. Not only so, but because of COVID, we also have a nation on edge. We are tired of the lockdowns. We are emotionally drained. We are angry. We don’t know who to trust. And we are ready to burst.

Yet even with all of this, had there been no apparent irregularities on election night and had not Trump not been warning about fraud for months, we would not be where we are today. November 3 would have come and gone and, like it or not, we would all have known the results of the voting before we went to sleep that night.

Yet here we are, six weeks later, and polls indicate that a large majority of Republicans, a substantial number of Independents, and even a significant minority of Democrats (30%) believe the election was rigged. The rest cannot believe that anyone with a working brain is still believing this myth. Trump, they say, has deceived the masses. His followers have swallowed the big lie. Dear Leader is leading us off a cliff.

And we need to do this now, before it is too late.

There is no happy, middle ground between the two sides of the current conflict, with both sides firmly convinced of the other side’s shameful guilt.

And so my appeal, no, my plea, is that all of us fall on our faces and come to God’s side, fervently praying for divine intervention.

It is either that or … I would rather not say.