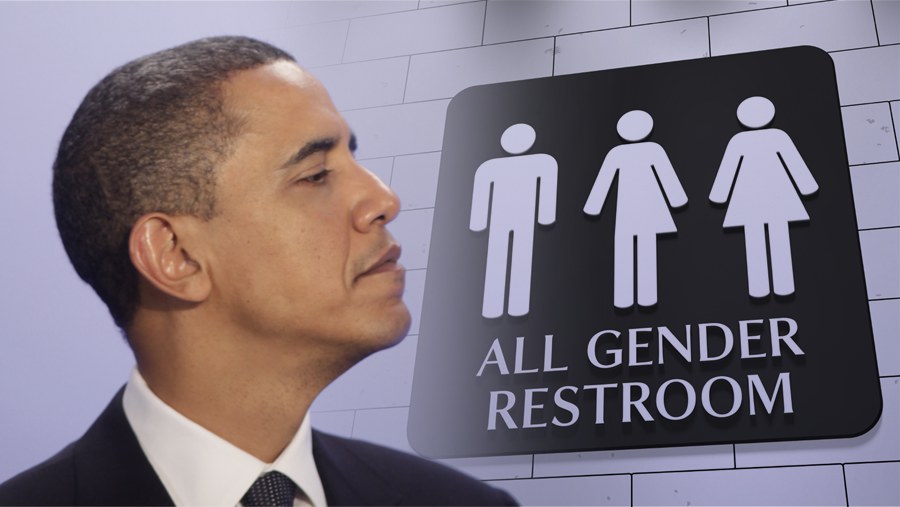 There are times in history when obedience to God means disobedience to man. This is one of those times.

Now that the Obama administration has announced that public schools must allow boys who identify as girls to use the girls’ bathrooms and locker rooms — meaning, in effect, that teenage girls must undress and shower in the presence of biological males — it is time to say, “With all respect to the authority of the federal government, we refuse to comply with your mandate.”

Enough is enough. Too many lines have been crossed, too many moral values have been trashed, and too much common sense has been ignored, all in the name of radical LGBT activism.

Now that activism has gone too far. Let’s remember that:

Despite all this, the Obama administration has now mandated that all public schools turn their entire programs upside down because of the struggles of perhaps two or three students out of one thousand.

Not only so, but the Obama administration is doing this without any legal authority, misinterpreting Title IX requirements against discriminating based on “sex”— which has historically referred to biological sex— as if “sex” now included “gender identity,” which has an infinite number of subjective possibilities.

Recall that Facebook in 2014, under pressure from transgender activists, decided to offer 50 different ways to define your gender, including ten different identities simultaneously. Yet not even this departure from reality was enough. They subsequently added the choice, “Fill in the blank.”

Yet the Obama administration now wants to force all public schools to embrace these “realities,” at the expense of the rest of the student body. This is nothing less than social madness and it must be resisted. Parents and administrators and teachers must say, “We respect and honor our government, but we cannot in good conscience comply, regardless of cost or consequence.”

We find ourselves in a similar situation today, one in which, to quote Dr. King again, a person “must take a position that is neither safe, nor politic, nor popular, but he must take it because conscience tells him it is right.”

Today, our conscience tells us this is right.

As Americans, especially as Christian Americans, we want to be tolerant, loving and accepting. We want to help people in their struggles. We want to embrace those who are different. We want to reach out to those who are marginalized. Yet we can do this without sacrificing our children on the altar of political correctness and radical LGBT activism.

Let us stand together as one and say, “Enough is enough, and we will not comply.”

I urge all persons of conscience who are educators to state their position clearly. I urge every parent to contact their local public school and, with respect and firmness, state their position clearly, and I urge every student to be kind to their fellow students while holding fast to that which is right, working together with their parents for the best interests of their schools.

Let us, then, commemorate this date not so much as the day when the Obama administration crossed a dangerous line. Let us commemorate it more as the day the nation woke up to righteousness.