Why California Pastors Must Stand Up to Government Tyranny 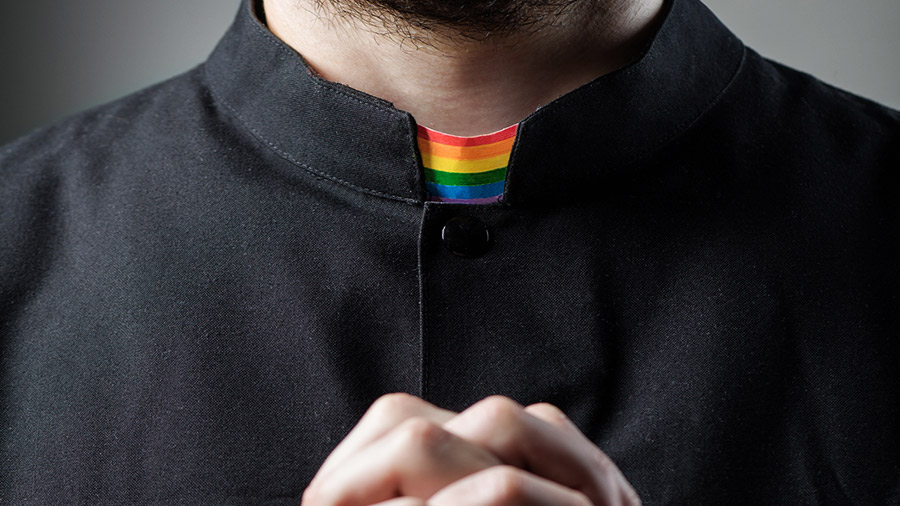 In the latest and most egregious example of attempted government overreach, California legislators have proposed a bill that would dictate what pastors preach from the pulpit. Specifically, “Assembly Concurrent Resolution 99 calls on ‘counselors, pastors, religious workers, educators’ and institutions with ‘great moral influence’ to stop perpetuating the idea that something is wrong with LGBT identities or sexual behavior. ACR 99 also condemns attempts to change unwanted same-sex attraction or gender confusion as ‘unethical,’ ‘harmful,’ and leading to high rates of suicide.”

Put another way, these legislators are telling pastors and spiritual leaders to throw out the Bible, disregard the Lord’s will, ignore the testimony of thousands of ex-gays, and conform to extreme political correctness — or else.

Stand Against and Defy

This is one of the most frontal attacks on our religious freedoms in memory (or, perhaps, in our nation’s history). And it confirms what I have said for the last 15 years: Those who came out of the closet want to put us in the closet. This is nothing less than that ancient spirit of Jezebel trying to silence God’s messengers through fear and intimidation.

There is one way to respond to such spiritual and legal attacks: First, stand up against the bill in order to expose its bias and bigotry; and second, if the bill should actually pass (which might be a longshot even in California), defy it.

There is one way to respond to such spiritual and legal attacks: First, stand up against the bill in order to expose its bias and bigotry; and second, if the bill should actually pass (which might be a longshot even in California), defy it.

In the year 123 A.D., the Roman government launched a severe crackdown against the Jews, culminating in 134 A.D., when all Jewish practices were forbidden, including circumcision, Torah study, and Sabbath observance. How did the rabbis respond?

One of the noted leaders, Rabbi Hananiah ben Teradyon conducted public Torah classes, paying for it with his life.

A Lesson From a Rabbi

But this was no emotional, spur of the moment decision. There was a rationale behind his actions, traceable back to Rabbi Akiva, the greatest rabbinic sage of that day (but not a believer in Jesus). He was also martyred for his allegiance to Torah.

Once the wicked Roman government issued a decree forbidding the Jews to study and practice the Torah. Pappus ben Judah came by and, upon finding Rabbi Akiva publicly holding sessions in which he occupied himself with Torah, Pappus asked him: Akiva, are you not afraid of the government?

Rabbi Akiva replied: You, Pappus, who are said to be wise, are in fact a fool. I can explain what I am doing by means of a parable: A fox was walking on a river bank and, seeing fishes hastening here and there, asked them, ‘From whom are you fleeing?’ They replied, ‘From the nets and traps set for us by men.’ So the fox said to them, ‘How would you like to come up on dry land, so that you and I may live together the way my ancestors lived with yours?’ They replied, ‘You — the one they call the cleverest of animals — are in fact a fool. If we are fearful in the place where we can stay alive, how much more fearful should we be in a place where we are sure to die!’

So it is with us. If we are fearful when we sit and study Torah, of which it is written, ‘For that is thy life and the length of thy days’ (Deut. 30:20), how much more fearful ought we to be should we cease the study of words of Torah! (b. Berakhot 61b)

The Love-Drenched Message of Truth

The same principle applies to spiritual leaders today, all the more in light of Messiah’s death and resurrection on the cross. We do what is right regardless of cost and consequence. We honor the Lord and love our neighbor by speaking the truth, however unpopular it may be. The more the world seeks to muzzle us, the more loudly and clearly we speak out.

Should we avoid demonizing those in the LGBT community? Absolutely.

Should we be careful to separate issues from people? Certainly. (In other words, we make a distinction between an aggressive agenda and a hurting individual.)

Should we proclaim God’s love through the cross for every human being? Without a doubt.

But we must not refrain from declaring what God’s Word plainly says: Homosexual practice is contrary to His will and He does not bless or recognize same-sex “marriages.” And when it comes to transgender identities, biology is not bigotry and the best solution for people struggling with gender confusion is to help them find wholeness from the inside out.

Should this draconian bill actually become law, the strategy is simple: The Sunday after the bill is passed, every true pastor in California should preach a love-drenched message on what the Bible says about LGBT people and issues.

Better still, how about every pastor doing it this Sunday. Why wait?

The Sliming of Kim Davis, and Her Exoneration