By Law, You are Now Classified as a Racist if You Do Not Affirm Same-Sex ‘Marriage’ 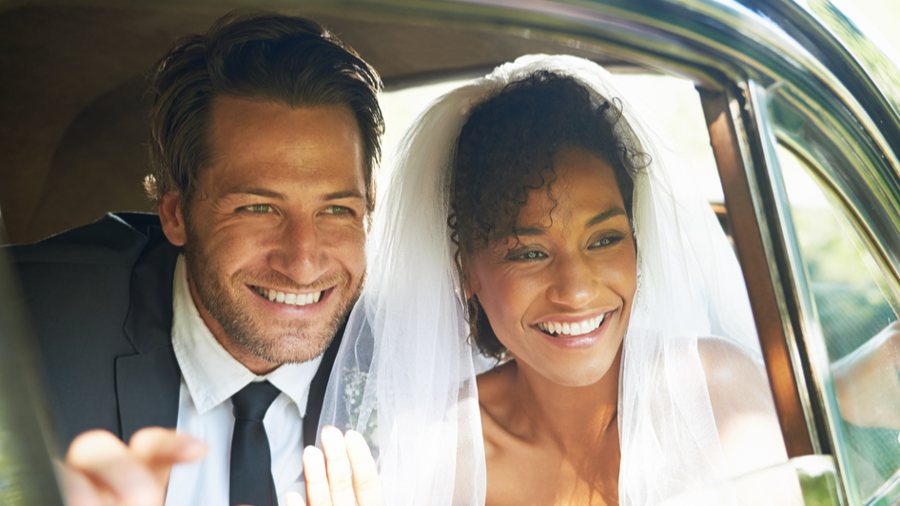 This is not hype or exaggeration. It is simple, legal truth. With the signing of the “Respect for Marriage Act” into law, if you do not accept or affirm same-sex “marriage,” you are now in the same category as a racist. And you can be assured that this will be used as a weapon against you in the days to come.

How can I make such statements?

Let me remind you of the exact language of the bill, beginning with the opening words: “This act provides statutory authority for same-sex and interracial marriages.”

I have already discussed the reasons why this language was used since, in reality, interracial marriages were no more under potential legal threat in America than apple pie or baseball.

The only reason marriage requires two people is because it requires a man and a woman.

In this article, I want to point out how the language is being used to target and demonize those of us who affirm and welcome interracial marriage, which contains the fundamental elements of a marriage (a man and a woman) but reject the validity of same-sex “marriage.”

A headline on the CNBC website announced, “Biden signs bill to protect same-sex and interracial marriages,” one among countless, similar headlines. These two categories, quite disparate and fundamentally unrelated, are now joined together as one. Who but a racist or a bigot would have a problem with either?

As underscored by President Biden in his remarks at the signing of the bill:

For most of our nation’s history, we denied interracial couples and same-sex couples from these protections. We failed. We failed to treat them with an equal dignity and respect.

And now, the law requires that interracial marriages and same-sex marriage must be recognized as legal in every state in the nation.

So, all of you who are convinced by Scripture or natural law or common sense that marriage is the union of a man and a woman are no better than a racist who opposes interracial marriage. In fact, under the law, you are now equal to a racist.

Of course, demonizing those who cannot affirm LGBTQ+ activism has been a proven, long-practiced gay activist strategy, spelled out explicitly in the late 1980s.

A Long-Practiced Strategy: “Portray Gays as Victims, Not as Aggressive Challengers”

To quote directly from a well-known 1987 document, “PORTRAY GAYS AS VICTIMS, NOT AS AGGRESSIVE CHALLENGERS.”

Specifically, “In any campaign to win over the public, gays must be cast as victims in need of protection so that straights will be inclined by reflex to assume the role of protector. … A media campaign to promote the Gay Victim image should make use of symbols which reduce the mainstream’s sense of threat, which lower it’s guard, and which enhance the plausibility of victimization.”

Or, from a watershed 1989 book, written by the same authors: “Jam homo-hatred by linking it to Nazi horror,” urge the authors; associate all who oppose homosexuality with images like “Klansmen demanding that gays be slaughtered,” “hysterical backwoods preachers,” “menacing punks,” and a “tour of Nazi concentration camps where homosexuals were tortured and gassed.”

That’s why I devoted a whole chapter in A Queer Thing Happened to America to the subject of, “Jewish Hitlers, Christian Jihadists, and the Magical Effects of Pushing the ‘Hate’ Button.”

Now, thanks to Congress and the President, our federal law has taken this one step further. Dare to differ with same-sex “marriage” as an individual or a business (outside the protection of a religious organization), and you will be treated like a racist who refuses to affirm interracial marriage.

To repeat: this is now federal law.

Why Isn’t It Also Bigotted to Reject Polygamy, as Our Laws Do?

As to President Biden’s remarks, he also said this: “Marriage — I mean this with all my heart — marriage is a simple proposition: Who do you love, and will you be loyal with that person you love? It’s not more complicated than that.”

May I ask, Mr. President, if this applies to two adult, gay brothers who are in love and who want to spend the rest of their lives together? Is it that simple?

And on what basis, given your “simple proposition,” can marriage be limited to two people who love each other? Why not more than two?

If you say, “But marriage is the union of two people,” my response is simple.

The only reason marriage requires two people is because it requires a man and a woman. Otherwise, there’s nothing magic about the number two. Put another way, why isn’t it bigoted and hateful to reject consensual polygamous relationships?

I could also mention the fact that the Respect for Marriage Act is part of a larger societal agenda, which is why President Biden invited a notorious drag queen to the signing.

It’s also why he said this: “We need to challenge the hundreds of callous and cynical laws introduced in the states targeting transgender children, terrifying families and criminalizing doctors who give children the care they need. And we have to protect these children so they know they are loved and that we will stand up for them and so they can seek for themselves.” (He was speaking about those who are stand against the medically sponsored chemical castration or genital mutilation of children who identify as transgender.)

But let me simplify things here. The President put it all together in one sentence, making it clearer than I could in a whole article. These are the words of the President of the United States of America on December 13, 2022 at the signing of the bill: “Folks, racism, antisemitism, homophobia, transphobia — they’re all connected.”