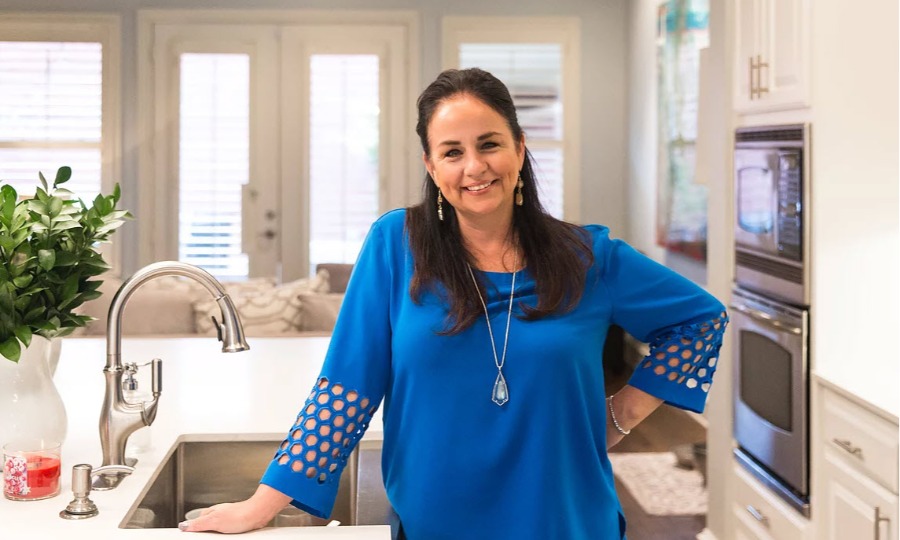 In 29 years, she’s owned five restaurants. And a roofing company. That’s an asset in her new venture: ministering healing to women, especially those who have experienced sex trafficking.

“The Lord told me out of Isaiah 61 to rise up the ashes into beauty, to go and rebuild the broken cities,” Carla Shellis told The Stream. “That’s my mission.”

In 2012, God told her to sell her restaurants and start ministering to women full-time. She had already been doing so part-time for about five years. She sat knee-to-knee with hurting women who were going through crises including abuse and affairs. She shared what she’d learned after going through her own crisis in her marriage.

In 2015 she started volunteering at a safe house with women who had experienced sex trafficking. After 2.5 years of volunteering at the safe house, she sensed God telling her to open her own safe house. The shelter, named Bochy’s Place after her mother, opened in September 2017.

Shellis ran the home until May 2019, when the landlord had to sell the property. She prayed to God for a sign that He would provide so that Bochy’s Place could to continue to offer stability and healing.

“I was asking the Lord boldly,” Shellis said. “Lord, I’m coming to You in the name of Jesus and I’m asking in boldness that You would send somebody to donate some land.”

Two weeks after she got the residents relocated and everything moved out of the house, a supporter donated land for a new residence. Shellis recently spoke at a gala to raise funds to build Bochy’s Place’s new residence.

Texas Attorney General Ken Paxton was the keynote speaker at the Night in White Benefit Gala 2019, a September event to raise funds to build Bochy’s Place. Paxton has been active in the fight against human trafficking in Texas. Houston is one of the worst cities in the nation for human trafficking.

In 2018 his office assisted the Department of Justice in shutting down Backpage.com, a website used to advertise prostitution. The site pleaded guilty to human trafficking in Texas after the prosecution.

Paxton emphasized at the gala the “power of paying attention” in detecting human trafficking situations. His office released a film earlier this year called Be the One. The film is designed to mobilize viewers in the fight against human trafficking by educating the public on the tools traffickers use, how to identify red flags of trafficking and how to report them to authorities. You can see the trailer here. The 52-minute film is available to watch here.

The Needs for Housing and Funding

“There’s not even 100 trauma beds in Texas, ok, for these girls to retreat to once they’re rescued,” Shellis said at the gala. Whenever she hears on the news of trafficking victims rescued in a police raid, “my next question is where are they? Because I know there’s nowhere for them to go.”

“Shelter is the #1 most requested service for all crisis cases on National Hotline, says Polaris Project, a non-profit organization that fights slavery and human trafficking.” The organization runs the National Human Trafficking Hotline. But “there is a general lack of trafficking-specific shelters.”

“The only thing that’s prohibiting our movement is money,” Shellis told The Stream.

Money is an obstacle in the struggle for safe houses to stay open, she says. Trauma care is particularly expensive. Shellis calculates that the cost to run Bochy’s Place for one year with 12 residents will be $384,000. This figure includes basic living expenses plus 24/7 staff in the safe house, medical treatment for STIs and physical trauma, legal fees, and specialized trauma-informed psychotherapy.

The cost is significant. But Shellis says she has a strategy from God to create sustainable funding.

“The Lord showed me in a dream, it’s a trifecta,” Shellis said. “It’s like a triangle.”

On the top left of the triangle is Bochy’s League. Shellis envisions people across the nation forming groups that raise awareness in their communities to prevent trafficking. These groups also raise money for a foundation that supports Bochy’s Place and other safe houses for survivors.

“It’s literally covering the environment with with a group of people focused on putting an end to this problem in our communities.”

The next part of the triangle, Bochy’s Box, is already in place. This quarterly subscription box for women contains products including fashion accessories, beauty and home items. The box costs $69 and has a retail value of at least $250. Most of these items are donated. Proceeds go to build Bochy’s Place.

Some items are from organizations with a similar mission to Bochy’s Box, such as those seeking to support survivors of domestic violence or human trafficking. The summer 2019 box contained greeting cards designed by a resident of Bochy’s Place, who received $1 for every box.

“For every 200 subscribers, I can give 10 survivors that we’ve rescued restoration and healing for two months,” Shellis said.

All the proceeds from Bochy’s Box go to fund Bochy’s Place. With Bochy’s League and Bochys’ Box as the top two points in the triangle, the community and financial support they generate funnels down to Bochys’ Place, the third point in the triangle.

She wants to use her business skill to create a model that can be replicated so others can build healing, sustainable safe houses.

Can it work? Shellis believes it can. She’s not afraid to ask God boldly for what she needs. She’s seen God provide her a property and a plan, and she’s hard at work to see that plan fulfilled.

“Mark my word,” she said at the gala. “We will have seven houses in seven years.”

Shellis said people can get involved with building Bochy’s Place by buying a brick or subscribing to Bochy’s Box. She is also looking for opportunities to share her vision with groups of any size, such as church groups, Bible studies, churches, businesses and conferences.