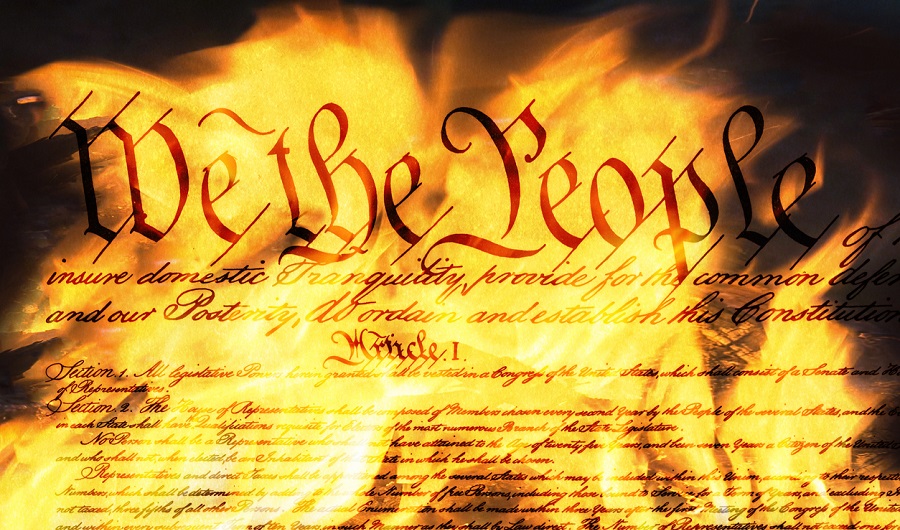 In 1797, the world stood in awe when George Washington, hero of the American Revolution and first President of the United States, voluntarily stepped down from power to allow his successor John Adams to take his place. One could say that’s when the American experiment took its first true step toward success. Leaders of nations simply did not abdicate their power. They clinched it tightly until they died or were overthrown.

To quote the amusing character of King George in Hamilton:

“They say George Washington’s yielding his power and stepping away. Is that true? I wasn’t aware that was something a person could do”

Our Founding Fathers built a unique system of government, looking primarily to the collapse of Rome for lessons in what not to do. The Republic, that is, not the Empire. They weren’t so much concerned about the invading Barbarian hordes of the Fifth Century, as they were about Caesar crossing the Rubicon 500 years earlier. Or more specifically, the monumental government failures that led to that catastrophe.

Historian Mike Duncan has described the final years of the Roman Republic as being marked by:

economic inequality, dislocation of traditional ways of life, increasing political polarization, the breakdown of unspoken rules of political conduct . . . rampant corruption, endemic social and ethnic prejudice, battles over access to citizenship and voting rights, ongoing military quagmires, the introduction of violence as a political tool, and a set of elites so obsessed with their own privileges that they refused to reform the system in time to save it.

Sound eerily familiar? What’s just on the horizon for America threatens to be even more terrifying.

An organization called Protect the Results has arisen in recent months. Its stated goal is “upholding the rule of law and safeguarding the final, legitimate results of the 2020 election.” That sounds all well and good. Except one need not read far to realize that the only “legitimate” result they will accept is the utter defeat of Donald Trump.

Of the coalition’s two main sponsors, one says “Trump is an abomination.” And the other says, “Donald Trump is a symptom of our broken democracy.” Even on their homepage, their disdain is on full display:

We cannot ignore the threat that Trump poses to our democracy and a peaceful transition. We will stand together to ensure that if Trump loses the 2020 presidential election he will not throw our country into a constitutional crisis. We will honor the valid results of the 2020 election, ensure that every vote is counted, and show up to demand that the losing candidate put their ego aside and concede for the good of our country.

In other words, we support representative democracy . . . unless it leads again to Donald Trump. Biden is not mentioned anywhere on the site that I can find. But Trump appears on every page, in nearly every paragraph! Do you honestly think when these people say the “losing candidate” should “put their ego aside” that they mean anyone other than Trump?

And “constitutional crisis”? Ha! This, from those who have been complaining about the electoral college for years. Those who refer to the appointment of Amy Coney Barrett as “illegal” and “unprecedented,” and who now plan to pack the court.

So if the results of a free and fair election are a second term for Trump, then obviously (to them) the system is broken. And action needs to be taken. Here’s what they’re planning in their own words:

If Trump refuses to accept the results, attempts to delegitimize the final results, or interfere with a full and complete count of the votes, Protect the Results will mobilize Americans to safely take to the streets to protest; pressure state, local, and federal officials; and take other actions as decided by the coalition.

Get that? Mobilize, protest, pressure . . . take other actions. Wink, wink!

Right now, this group’s sponsors are organizing “watch parties” in cities across the country. More than 400 as of this writing. According to Reuters, “Participants are prepping to demonstrate “as early as the afternoon on Wednesday, November 4,” the day after Election Day, and await a SMS message.” That text message will “activate” (their word) participants to begin protesting until Trump concedes. Presumably even if he wins in a historic landslide.

Whether or not these grow into riots may depend a lot upon the political leanings of the local government. As we’ve seen since at least June, the most violent conflicts have emerged in predominantly Democrat-run cities and states. Their mayors and governors have shown a proclivity to allow riots to continue for months.

A re-elected Trump might have no choice but to federalize the National Guard units in states where governors backed such sedition. They would have to overrule mayors who stood down the police and subjected helpless citizens to mob violence, as they did through the spring of 2020. At that point, look for blue state governors to try to resist, and the likelihood of the U.S. military getting involved. The anti-Trump zealots have thought about that. Why else disseminate the baseless slander The Atlantic published, with Trump allegedly insulting our fallen soldiers? To undermine his control over the military in such a crisis.

Corruption Only Matters if it Comes from the Other Team

As any freedom-loving citizen who has studied a modicum of history knows, tyranny can come from either the left or the right. But it is not Donald Trump whom I fear will refuse the results of this election.

This past week, reporter Ami Horowitz ventured into the streets of New York City to ask: If Trump wins the election, will you accept the results? The answer is repeatedly no, with most assuming his win would only be possible through cheating.

But the most revealing response Horowitz received came from a young, white woman: “It’s time to overthrow all this **** that America has been founded on.” Watch:

Chesterton quipped that one should not tear down a fence until one finds out why it was put there in the first place. There just might be an angry bull on the other side, for instance. But we’ve reached a point in history where those tearing down fences see the bull but think it’s harmless.

Be alert and pray, my friends.