Meanwhile, Donald Trump seems to rule out Mike Pence as a running mate. 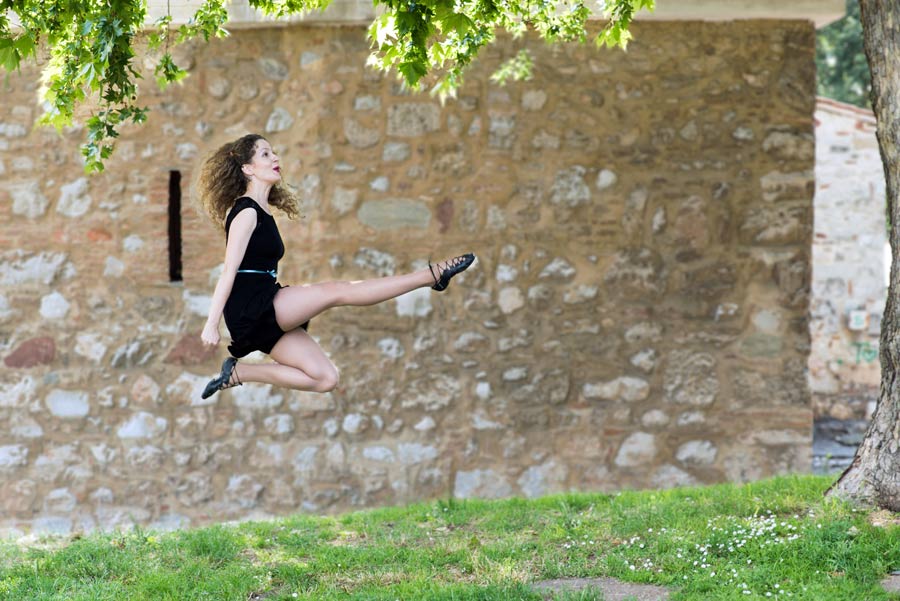 Top of the morning to ya’! And a Happy St. Patrick’s Day!

Some traditional Irish music while you enjoy your Brew!

Zelensky Addresses Congress … in a T-Shirt

Ukraine President Volodymyr Zelensky made an impassionate plea Wednesday to a joint session of Congress for more help to thwart the Russian invasion.

Proving himself again a master of messaging, Zelensky presented a gut-wrenching video of the carnage being done in his country.

Ukrainian President Zelenskyy showed this powerful video to Congress, depicting Ukraine before and during the invasion.

The video ends with a familiar call for a no-fly zone: "Close the sky over Ukraine." pic.twitter.com/8nG0w9sv4y

Biden then pledged another $800 million in aid, including anti-aircraft, anti-armor weapons and drones to Ukraine. He also described Putin for the first time as a “war criminal.”

Quick question: Given the news that Ukraine and Russia are moving closer to a draft 15-point peace agreement — that Zelensky himself is calling Russia’s peace demands now “more realistic” — does calling Putin a “war criminal” at this moment help or hurt the chances of an agreement being reached?

The White House did damage control by saying Biden was “speaking from his heart,” not that Putin’s legally been declared a war criminal. The Kremlin called Biden’s rhetoric “unacceptable and unforgivable.”

Further proving we are in very serious times with truly unserious people, Zelensky was criticized for giving his video address while in a T-shirt. Here’s one example:

I understand times are hard, but doesn't the President of the #Ukraine own a suit? I don't have much respect for current members of the U.S. Congress either, but I still wouldn't address them wearing a t-shirt. I wouldn't want to disrespect the institution or the Unites States.

“Sorry. Assassins are hunting me in the streets and my cleaners are under a ton of rubble. Next time my country’s being leveled and I’m invited to speak before Congress I’ll make sure to borrow a tux.”

What next? Knocking Jesus for wearing sandals for the Sermon on the Mount?

Netflix is bringing back Zelensky’s old sitcom, Servant of the People. That’s the one where he plays a high school teacher who becomes president of Ukraine.

Meanwhile in what we wish were only a sitcom …

At an event Tuesday, Joe Biden informed the audience that “The First Lady’s husband has tested positive for COVID.” Now, unless he’s referring to the husband Jill was married to when she started messing around with Joe, the President of the United States was mistaking the Vice President of the United States for his wife. (Is that better or worse than him calling Kamala the president, as he has on occasion?)

Joe Biden refers to Kamala Harris as The First Lady when announcing her husband, Doug Emhoff, tested positive for Covid:

"The First Lady's husband has tested positive for covid." pic.twitter.com/JgcUBH3azj

Indeed, Biden was referring to Doug Emhoff, husband of Kamala Harris. The real First Lady, Jill Biden, was quick to correct her husband.

Got to hand it to Jill. She makes so many important saves she’s a contender for the NHL’s Vezina Trophy.

But what’s she to make of this one?

Nude Photos? Blackmail? Everybody Knows Someone Who’s Been Through It? What is Joe Talking About?

Joe was talking Wednesday about a “new civil rights cause of action”: being blackmailed over compromising photos.

I bet everybody knows somebody … that in an intimate relationship, what happened was the guy takes a revealing picture of his naked friend, or whatever, in a compromising position and then blackmails.

Joe Biden: "I bet everybody knows somebody…that in an intimate relationship, what happened was the guy takes a revealing picture of his naked friend, or whatever, in a compromising position and then blackmails.”

Joe, do you have something you want to share with the class? pic.twitter.com/jzR6KFEXAX

A perfect segue to …

Is Secret Service Covering Up for Hunter or Curiously Incompetent?

Except Hunter’s laptop is filled with emails between Hunter and the Secret Service. (And countless blackmail worthy photos.) Just the News‘s John Solomon found “dozens” for those years, along with other emails the Senate Republicans had not seen.

Sen. Ron Johnson and Chuck Grassley are also looking for communications between Hunter and Secret Service after his Secret Service protection was supposed to end.

Is the Hunter Biden laptop story finally going to erupt?

Disney CEO, Clean Your Own House!

There’s been a lot of press in recent days about how Disney’s CEO is criticizing Florida for it’s anti-grooming of little kids bill. The one the activists and media dubbed the “Don’t Say Gay” bill. The one that in reality prohibits teachers from pushing radical gender ideology on children as young as kindergarteners.

Perhaps CEO Bob Chapek should spend a little time cleaning up his own house. Four Disney employees in Florida have just been arrested as part of a sting focusing on human trafficking, prostitution and child predators. “Operation March Sadness 2,” authorities called it.

“This is huge,” Polk County Sheriff Grady Judd said. “Four arrests of this magnitude is simply remarkable.” Given Disney’s corporate culture, is it really remarkable?

If you missed it last week, our Tom Gilson has a great “Pastor’s Corner” called “Help Your Congregations Conversations on Florida’s So-Called ‘Don’t Say Gay’ Bill.”

Trump Rules Out Pence as a Running Mate

Former President Donald Trump appears to have ruled out running again with former VP Mike Pence. When asked by the Washington Examiner, Trump declared, “I don’t think the people would accept it.”

While calling Pence a “really fine person,” Trump repeated his frustrations that Pence didn’t use his authority to refer electors from the crooked swing states back to the states. Pence insists he did not have that constitutional authority. Trump now counters by saying that if Pence didn’t have that authority, why is Congress working to reform the Electoral Count Act to prohibit VPs from rejecting electors?

Trump has all but declared he’s running again in 2024. Pence is testing the waters as well.

Along The Stream … dyed in green.

Two complementary stories yesterday touching on the same theme: “The banality of evil.”

Jonathan Miltimore of FEE with “A Holocaust Survivor Warned Americans About Blindly Supporting the War on COVID. We Didn’t Listen.”

Al Perrotta is married into the Burns and McGibbon clans.