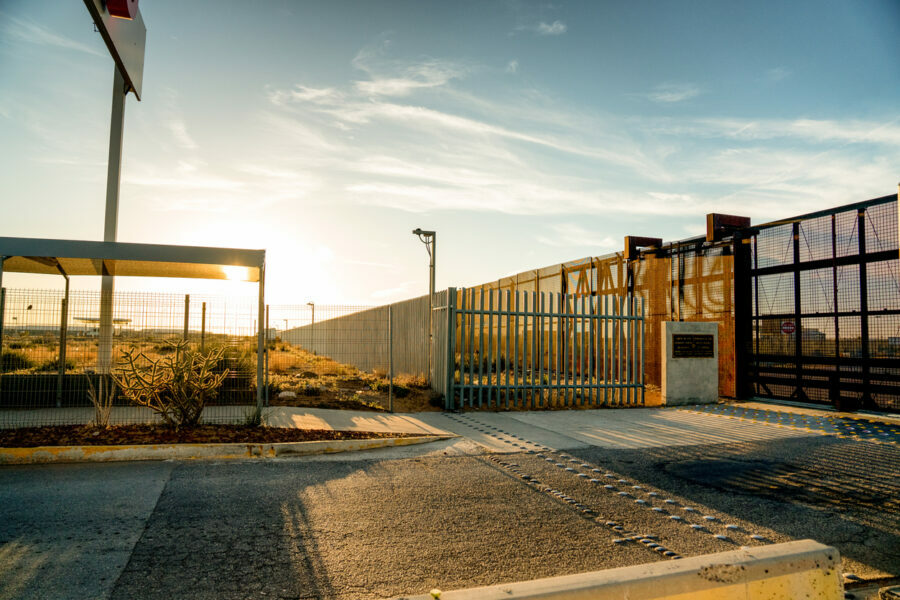 Boundaries Are a Part of Life

Just think about this calmly and dispassionately for a moment, without focusing on controversial questions about immigration and our southern border crisis. Boundaries and borders are essential, even in the most mundane aspects of everyday life.

When you go to the airport to get on a flight, are you allowed to bypass security and ignore the request for photo ID?

When you go to a restaurant, are you allowed to walk into the kitchen and tell the chef how to prepare your meal?

When you go to a ballgame, are you allowed to go on the field and play alongside the professional athletes?

Every day of our lives is marked by boundaries and borders, without which we could not make it through a day.

How about driving your car? Could you imagine roads without lines or intersections without stop signs and traffic lights? How about speed limits? They would have to go as well. No boundaries or borders allowed.

How about interpersonal relationships? Is it OK for a man at work to grab a woman he finds attractive? Or if she likes his cell phone, is it OK for her to take it? That’s what a world without boundaries would look like.

How about life in the home? Could parents raise their children without establishing boundaries of accepted and prohibited behavior? Or should anything and everything be allowed? Would there be any reason to prevent sexual relationships between consenting siblings? Take away the boundaries and borders, and why not?

The Boundaries of Nature

How about the world of nature? The Bible addresses this directly in Genesis, explaining how the waters, which represented the powers of chaos in the ancient world, were put into proper order by God. He did this by setting boundaries for them: “And God said, ‘Let the water under the sky be gathered to one place, and let dry ground appear.’ And it was so. God called the dry ground ‘land,’ and the gathered waters he called ‘seas.’ And God saw that it was good” (Genesis 1:9-10).

One sentence spoken by the Almighty Creator, and the powerful seas were placed within limits. Let those seas loose, and human life comes to an end.

The Lord actually spoke of this act in the Book of Job, asking him, “Who shut up the sea behind doors when it burst forth from the womb, when I made the clouds its garment and wrapped it in thick darkness, when I fixed limits for it and set its doors and bars in place, when I said, ‘This far you may come and no farther; here is where your proud waves halt’?” (Job 38:8-11; for further insights on Job, go here.)

The Boundaries of Nations

This is one of the great boundary-border passages in the Bible, reminding us of how crucial these barriers are for human existence. That’s why the Lord also set up national boundaries, as Paul explained, “From one man he made all the nations, that they should inhabit the whole earth; and he marked out their appointed times in history and the boundaries of their lands” (Acts 17:26).

A people group could exist in the midst of a nation, or that same group of people could be scattered around the world. But to be a nation, you must have borders and boundaries.

By all means, as a nation, we should be known for our compassion and for an openness to welcome legitimate refugees and those looking for a better life here.

But that can only be done through proper order and protocol. And that means we need clearly defined boundaries and strong borders. They are essential if we want to be blessed. The alternative is chaos, disorder, and anarchy.

I, for one, choose blessing.