Part II of II on Kamala Harris' links to the deadly, looney left.

The second of two columns. See Part I here.

Born in Oakland, raised primarily in Berkeley, and making her name in San Francisco, Joe Biden’s running mate hails from a place that cannot claim anyone who ever held the office of president or vice president. To understand why, and to know Kamala Harris, one must understand her adopted hometown.

Yes, San Francisco famously bans Happy Meals. And, in effect, the kids who love them (the city boasts the lowest percentage of children of America’s 50 largest cities). Yes, tourists glimpse a live-action Night of the Living Dead strolling on Market Street. There, glassy-eyed denizens carry oversized hammers and defecate on the sidewalk in broad daylight.

No Art for You!

This year, residents Talibanned statuary of Saint Junipero Serra, Ulysses S. Grant, and Francis Scott Key. Before that, the city council, the historic preservation committee, and the arts commission all voted unanimously to remove “Early Days.” That’s a 124-year-old sculpture, near city hall and the public library’s main branch, which depicted an American Indian at the feet of a missionary and a cowboy.

The electoral politics seems, at least judging by the lopsided results, something out of a totalitarian ballot box. Hillary Clinton beat Donald Trump, for instance, by a 9-to-1 margin in the city. The Republican’s percentage of the total vote did not even reach the double digits. Sightings of Republicans occur about as frequently as ones of Elvis.

The city’s present very much stems from its past. That includes the Peoples Temple, a tragedy planted in San Francisco that bloomed in South America. The 9/11 attack permanently wove itself into the fabric of New York City. So Jonestown, the largest man-made loss of civilian life in American history prior to 9/11, became part of San Francisco forever. (Although locals feign a case of amnesia about the whole bizarre episode.)

Harris has as about as much directly to do with Jim Jones as her Wednesday debating partner Mike Pence does to WIBC. It rented airtime to Jim Jones in the 1960s and carried Pence’s radio show in the 1990s. But Harris’ attitudes replicate those that made Jim Jones’ rise to power possible.

Harris Learned from Willie Brown How to Coddle Terrorists

It was a no-enemies-to-the-Left mentality that enabled Harris’ mentor Willie Brown to boost Jim Jones. That same stance plagues Harris today. It’s most glaring in her refusal to condemn the violence taking place in the streets for much of the summer. You know, the riots she euphemistically refers to as “protests.”

She tweeted on June 1, “If you’re able to, chip in now to the @MNFreedomFund to help post bail for those protesting on the ground in Minnesota.” But the fund supported people charged with criminal acts, not protesting (which is a right and not a crime). One such beneficiary won his bail from the fund after authorities had accused him of molesting an eight-year-old girl.

In the 1970s as in 2020, the hard Left sees criminals as persecuted victims when they embrace fashionable politics. Kamala Harris inherited this political blindness from her mentor, Willie Brown. Each fails to see how one who shares your politics might not necessarily share peaceful ethics. This rationalizing politics taps into the worst in the history of the American Left. 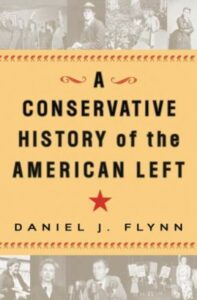 The Left championed the McNamara Brothers despite evidence of them murdering 21 people by dynamiting the Los Angeles Times building in 1910. Planned Parenthood until recently gave an award named for Margaret Sanger. This although she advanced an explicit plan in 1932 to forcibly sterilize and imprison in concentration camps more than 10 million Americans. (Yes, you read that right. Go read Margaret Sanger’s own words.)

Extremists left and right regard political solidarity as an eraser for any sin. This pattern repeats itself generationally. It repeats itself most obviously in politically homogeneous places.

Harris: Extreme Even for San Francisco

San Francisco, like Kamala Harris, is an outlier. Yes, the city proudly boasts many of the best kind of outliers. Think of longshoreman philosopher Eric Hoffer. Or the Emperor Norton (self-proclaimed ruler of the United States and protector of Mexico). Or Grateful Dead founder Jerry Garcia.

But Harris comes across as an outlier of the worst kind. She conforms to the city’s extremist (and corrupt) politics, which she finds natural and normal. She docilely accepted the outlier politics of her outlier hometown. When one marinates long enough in a fetid swamp, one might imagine it a delicious stew.

GovTrack.Us named Harris as the most liberal senator for 2019. The website noted that she joined bills introduced by Republicans fewer than any other Democrat and introduced just one bill that became law, the Saint Francis Dam Disaster Memorial Act. It … authorized a federal memorial. Politicians out of touch with their colleagues rarely accomplish much of note. Someone so thoroughly San Francisco naturally seems thoroughly alien to the rest of America.

Kamala Harris may become vice president and perhaps even president. (Some three in ten vice presidents do.) For better and worse, she can never be an effective politician like Willie Brown.

Willie Brown gave Kamala Harris access to the powerful, patronage jobs, an expensive car, and donations to fuel her political ambitions. He did not bequeath to his protégé his greatest assets: charm, gregariousness, sartorial style, and a larger-than-life personality crammed into a 62-inch-long body. She is, alas, Bay Area Blah, not San Francisco Stunning.

See Part I of this column here.