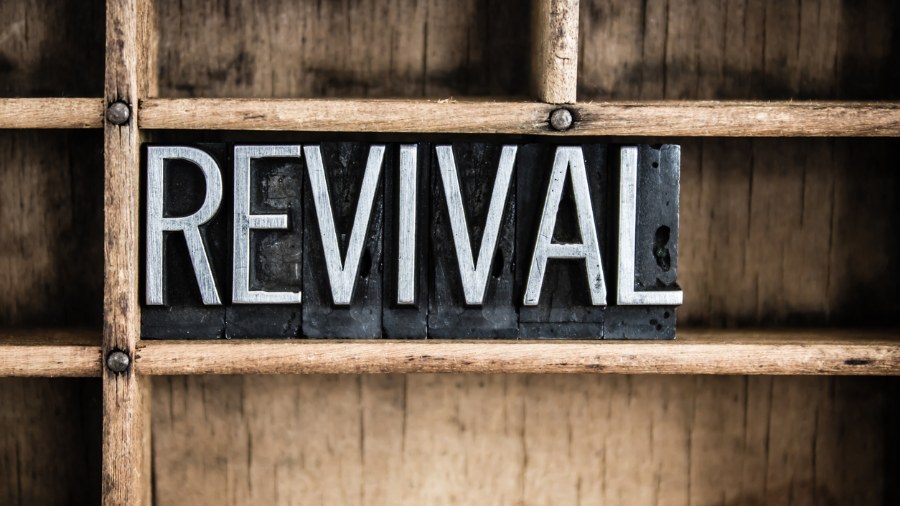 As a follower of Jesus since late 1971, my life has been shaped by the Bible, God’s Word, far more than any other book or series of books. Yet ertain books I read at key times in my life helped make me who I am today. I list them here, related by subject matter.

I read this during a time of personal renewal and repentance in late 1982 and early 1983. This book poured holy fire on the burning passion within my heart. Little did I know that just a few years later I would become a close friend of the author. I knew him when he was in his 80s, for the last 5 years of his life. Bro. Len, as we called him, was famous for his penetrating sermons, his deeply convicting, proverbial sayings, and his passionate prayer life.

This is the fourth in The Stream’s summer 2019 “Books That Formed Me” series. Editors, writers, and friends of The Stream will share the books that helped make them who they are. See managing editor Al Perrotta’s list here, associate editor Nancy Flory’s list here, and staff writer Aliya Kuykendall’s list here.

All those qualities come together in this classic little volume, as summarized in one of the best-known paragraphs in the book: “No man is greater than his prayer life. The pastor who is not praying is playing; the people who are not praying are straying. We have many organizers, but few agonizers; many players and payers, few pray-ers; many singers, few clingers; lots of pastors, few wrestlers; many fears, few tears; much fashion, little passion; many interferers, few intercessors; many writers, but few fighters. Failing here, we fail everywhere.”

Charles Finney, Lectures on the Revival of Religion

Finney’s sermons on revival have been used by God to ignite fresh fires of renewal over numerous generations. (Finney lived from 1792-1875.) These messages further stirred my heart to cry out for a great awakening in America.

His words pierce and provoke, laying bare human pride and pointing us upward to our only hope.

As Finney explained, “A revival always includes conviction of sin on the part of the Church. Backslidden professors cannot wake up and begin right away in the service of God, without deep searchings of heart. The fountains of sin need to be broken up. In a true revival, Christians are always brought under such conviction; they see their sins in such a light that often they find it impossible to maintain a hope of their acceptance with God. It does not always go that extent, but there are always, in a genuine revival, deep convictions of sin, and often cases of abandoning all hope.”

Courtney Anderson, To the Golden Shore: The Life of Adoniram Judson

More than 500 pages long, this incredible biography of pioneer missionary Adoniram Judson, who left the shores of America in 1812, is a tribute to the selfless dedication of a lifelong missionary.

I read this book in the late 1980s, along with a number of other missionary biographies, all of them deeply moving, all of them reminding me of what it means to be a real disciple.

This was probably the most translated religious book of the 20th century, telling the story of this courageous, Romanian, Jewish Christian pastor (1909-2001) who endured unspeakable suffering for the gospel.

In the early-to-mid 1980s, I read Wurmbrand’s book, along with other important books on the persecuted church. And these, along with the missionary biographies with I read several years later, deepened my resolve to follow Jesus at any cost, whether by life or by death.

Wigglesworth, who lived from 1859-1947, was called the apostle of faith and was known for his evangelistic work and healing ministry. But the more I read his messages, the more I realized that the key to his life was intimacy with God, living a life of prayer and the Word.

Jesus was his all in all, and his simple spirituality called me deeper. He said, “The nearer I get to God, the more broken I am in spirit.”

This was really one sermon in the midst of a collection of other sermons, but it resonated with the very depths of my soul. There is more to be had in God!

Lake (1870-1935) served as a missionary in South Africa and had a scientific approach to miracles, even doing experiments with the Mayo Clinic to quantify the reality of what he was experiencing.

My wife Nancy often challenged me with this Lake quote: “Beloved, for the sake of a dying suffering world, pay the price, get God’s power, and set the prisoners free!”

My wife Nancy often challenged me with this Lake quote: “Beloved, for the sake of a dying suffering world, pay the price, get God’s power, and set the prisoners free!”

Heschel (1907-1972) was one of the greatest Jewish thinkers of the 20th century, a man of towering intellect and great spiritual penetration. His opening chapter on “What Manner of Man Is the Prophet?” is a classic in itself, both confirming and shaping my understanding of the prophetic heart.

Heschel wrote, “The prophet’s word is a scream in the night. While the world is at ease and asleep, the prophet feels the blast from heaven.”

Malcolm Hay, Europe and the Jews (also published under other titles)

Shortly after I came to faith in Jesus as a 16-year-old Jewish rock drummer, I was befriended by the local rabbi, and he gave me this book. In it, in shocking page after page, the history of “Christian” antisemitism is recounted. I had no idea! How could such a thing exist?

To this day, I remain sensitive to this utterly antichristian attitude in the church, one which led to the bloody persecution of Jews through the centuries, and one which, tragically, is rising again in our day.

There are scores of other books I could have easily mentioned, including biographies of leaders like John Wesley, George Whitefield, Rees Howells, John “Praying” Hyde, and John Alexander Dowie (this last one being important because of his end-of-life failures).

In truth, hundreds of books have helped make me who I am today.

But these are the one which come to mind most prominently. I pray they will touch you too.