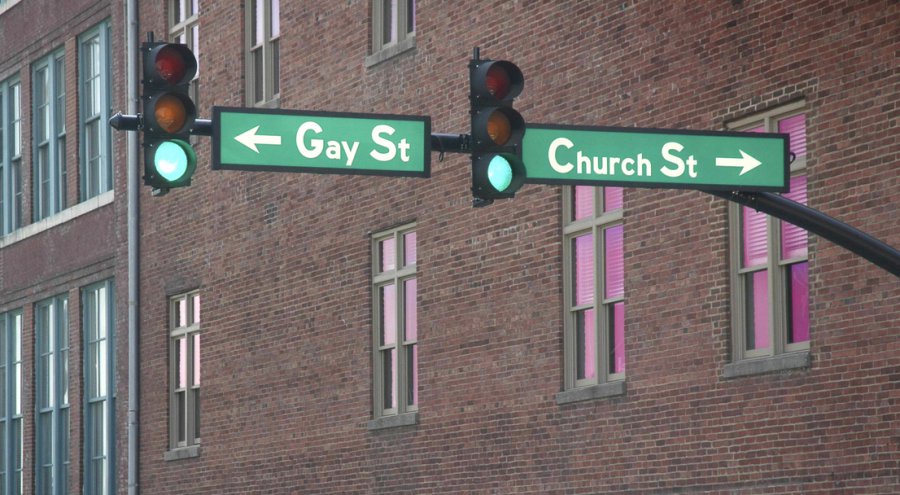 Don’t blame me for writing yet another article on LGBT issues. Blame Beto. Or Booker. Or Biden. Or Buttigieg. Or Warren.

The Democratic presidential candidates are pushing this agenda, and quite aggressively at that.

They’re the ones talking about what the Bible allegedly says and does not say about homosexuality.

They’re the ones threatening our religious liberties.

They’re the ones wanting to indoctrinate our children.

All we’re doing is responding.

They’re the ones telling us we don’t have the right to our biblically based beliefs.

They’re the ones pushing a radical, revisionist agenda.

They’re the ones telling hundreds of millions of people that the explicit teachings of Scripture must be ignored and that the church (and synagogue) have been wrong on these issues for 2,000 years.

If you’d rather not read about this in the news every day, don’t blame me. Blame them.

But that’s the way it’s been for the last 50 years.

I first became burdened to address LGBT activism in 2004, with this motto soon rising in my heart: “Reach out and resist,” meaning, reach out to the people with compassion; resist the agenda with courage.

That meant that, as much as I cared for individuals and reached out to them with compassion, there would be fierce resistance as well. And immediately, it became clear to me that those who came out of the closet wanted to put us in the closet. It was not a matter of live and let live, of civil and respectful disagreement.

To the contrary, those who had the temerity to resist the goals of LGBT activism would be vilified and maligned in the strongest, vilest terms. These radical activists would tolerate no dissent, their unspoken mantra being, “We will intimidate and we will manipulate until you capitulate.”

The Order of the Day

Sadly, capitulation became the order of the day.

We dare not offend the activists! We dare not be viewed as haters and bigots. “There are more important battles to fight,” these leaders reasoned, “so we’ll practice appeasement and live to fight another day.

When it comes to the present state of LGBT activism, it is a presidential issue, front and center.

That’s why, in just the last week, Senator Cory Booker quoted the Bible to explain why it was wrong for a Catholic school to forbid the formation of LGBTQ+ groups.

Senator Elizabeth Warren joked that a man who opposed same-sex “marriage” would have a hard time finding a woman to marry.

Mayor Pete Buttigieg stated that, when it comes to opposing LGBT rights, despite the importance of religious liberty, “It’s also the case that any freedom that we honor in this country has limits when it comes to harming other people.”

Former Vice President Biden called for “passage of the Democrats’ Equality Act; enforcement of civil rights laws; the monitoring of hate groups; and teaching children from an early age to accept same-sex couples and transgenders.” (Remember: he’s talking about teaching your children.)

And candidate Beto O’Rourke said emphatically (again, in the context of LGBT rights), “There can be no reward, no benefit, no tax break for anyone or any institution, any organization in America, that denies the full human rights and the full civil rights of every single one of us. So as president, we’re going to make that a priority, and we are going to stop those who are infringing upon the human rights of our fellow Americans.”

Stick With the Gospel?

And you want me to ignore this? To focus on other things? Just to “stick with the gospel” — as if the gospel doesn’t intersect with family, with culture, and with freedom?

We’re supposed to ignore a man who could be our next president when he makes clear he wants to teach children from an early age that what their parents is believe is dangerous and untrue?

We’re supposed to ignore another candidate who suggests that our religious liberties do not include the right to “harm” LGBT individuals with our beliefs?

We’re supposed to ignore another candidate who wants to strip churches and ministries of their tax exemption unless they trash the Bible and embrace same-sex “marriage” (and more)?

Note that when Beto O’Rourke made his categorical and clear pronouncement, he was answering this question from Don Lemon: “Do you think religious institutions like colleges, churches, charities — should they lose their tax-exempt status if they oppose same-sex marriage?”

And we’re supposed to ignore all this?

Will You Join Me?

Sorry, but not a chance. The battle has been raging since the late 1960s, and the end game of the activists is clear: the Church must be silenced.

Don’t deceive yourself with thinking that any other ending is in sight.

It’s a matter of rewriting the Bible and rewriting reality (here, I’m speaking of radical transgender activism) or a matter of taking a firm scriptural stand, speaking the truth in love.

To be a sideline spectator is to be part of the problem. Neutrality is not an option.

But don’t blame me. Blame the radical left that is pushing this agenda on the rest of us.

All we’re seeking to do is hold our ground. Will you join me?