Black Panther: Wakanda Forever Is a Christian Nationalist Movie. (And a Great One) 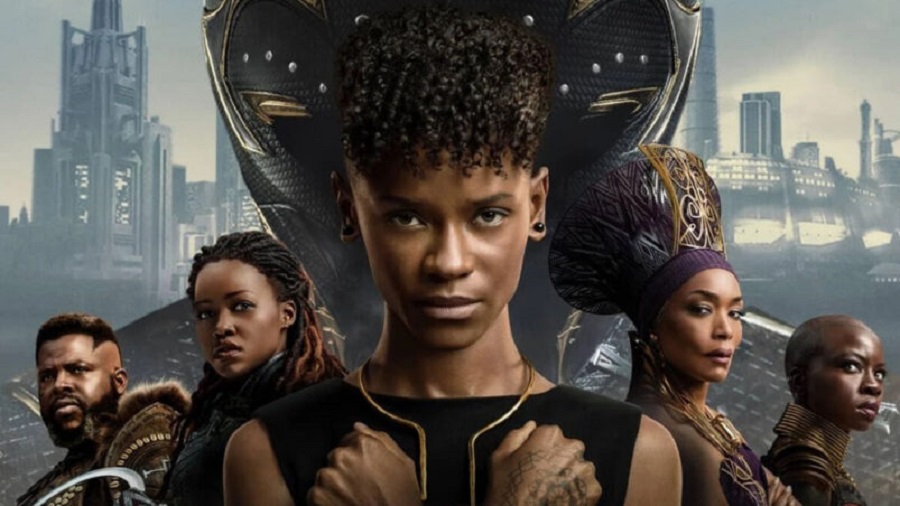 I’m one of the moviegoers who helped the first Black Panther movie earn the billion dollars in ticket sales it sold. It richly deserved to. The movie was brilliantly written and powerfully acted. Its story was grounded in truthful insights about the human heart, our fallen politics, and the common man’s need for heroes. That film offered a glittering fantasy of a forgotten African kingdom, Wakanda, which secretly possessed an otherworldly power source (Vibranium) that gave it high-tech defense capabilities, advanced technology, and hence the ability to fend off imperial aggression.

You don’t have to be black, or a leftist “post-colonial” activist consumed by imbecilic white guilt, to enjoy such a wishful fantasy. Any sane person would love to see Africans thrive, as too few now do. Africa as a continent has gotten a raw deal from outsiders (and still does today). For a thousand years or so those outsiders had a name: Muslims.

Christians Decided to Profit from a Historic Islamic Crime

Arab Muslim imperialists started the massive, international slave trade in Africans and Europeans alike, justifying their trade in human flesh by pointing to the Q’uran, which validated the sale of captured “infidels.” Black Africans, Slavs kidnapped from Russia, Italians and French snatched off the beach by pirates, were sold in the countless millions well into the 19th century.

It’s to the profound shame of Christendom that some of our ancestors colluded in Islam’s crime, purchasing millions of African slaves, and used them to start massively profitable plantations across the New World. From Brazil to South Carolina, white masters squeezed white gold (sugar or cotton) from the black backs of workers in chains.

The West’s repentance only began in 1830, when Christian activists goaded Great Britain to become the first nation in history (black or white) to free millions of slaves. After that, it deployed its navy to stop other nations from engaging in the slave trade. Suppressing that wicked trade was promptly used as a pretext by some piratical Europeans like King Leopold of Belgium, to justify colonizing vast territories in Africa, and brutally exploiting them.

The Cynical Prophets of an Antichrist

None of this history should goad us into granting the tiniest concession to Critical Race Theorists — cynical Marxist race-baiters who wish to make “whiteness” a crime. Their own vicious race hatred (or self-hatred) and dishonest conspiracy theories (see their “1619” Protocols of the Elders of Jamestown) deserve only contempt.

Conquest, exploitation, and slavery are universals of human history, against which we must struggle always.

Red or yellow, white or black, we use whips on human backs:
Satan dupes the fallen children of the World.

We must not let the mantle of Christian Abolitionism and the Christian Civil Rights movement be stolen by disciples of Marx — a messianic antichrist whose false gospel has itself enslaved hundreds of millions, from Russia’s gulags to Cambodia’s “killing fields” and China’s concentration camps today. You might not be using sugar sweated by black slaves, but chances are good your smart phone was assembled by persecuted Uyghurs.

Now there’s a second Black Panther film, and it’s in many ways as satisfying as the first. No, it can’t be quite as stirring without the magisterial Chadwick Boseman, whose premature death by cancer in 2020 haunts the new film.

Wakanda Forever deals with the death of that star in the most tasteful, respectful manner imaginable: much of the first act depicts characters mourning the character he played (T’Challa, the Black Panther), effectively commemorating the beloved actor as well. As a sometime screenwriter myself, I can only salute the authors of this film for seamlessly integrating the sad fact of Boseman’s passing into the film in a way that works as solid drama, and honors the real man who died. I couldn’t have pulled this off.

Rejecting the Temptations in the Desert

The film’s story centers on the women whom T’Challa left behind, his mother and sister. As queen and princess of lonely, noble Wakanda, they must defend its heritage from globalist greed, tribalist division, and the temptations of imperialism, in the form of pre-emptive war. It’s here that I think we can find the political message of the movie, which better fits Christian Nationalism (rightly defined) than any other current worldview.

A sane definition of Christian Nationalism amounts to just a few propositions, drawn from Yoram Hazony’s magnificent study, The Virtue of Nationalism:

All the Right Villains

If you believe those three things, congratulations — you’re a Christian Nationalist. And you’ll love Wakanda Forever, because the movie’s message fits all three of those principles. I can’t explain why without hopelessly spoiling the plot of a highly entertaining movie that recently opened, so I think I’ll close here, except to say: In how many current movies are the real villains the United Nations, the American Deep State, and warmongering Washington bureaucrats?

The film might even be a fable of today’s globalist elites who seek to seize and stifle the one resource Africa has today that the rest of our sad world lacks: not Vibranium but fertility, hope for the future, and the willingness to offer life to children. How the U.N. and Western elites would love to get their skeletal fingers on that.