If the pro-life community wants to lower the black abortion rate, it must address the issues that lead black women to abortion, activists argue. 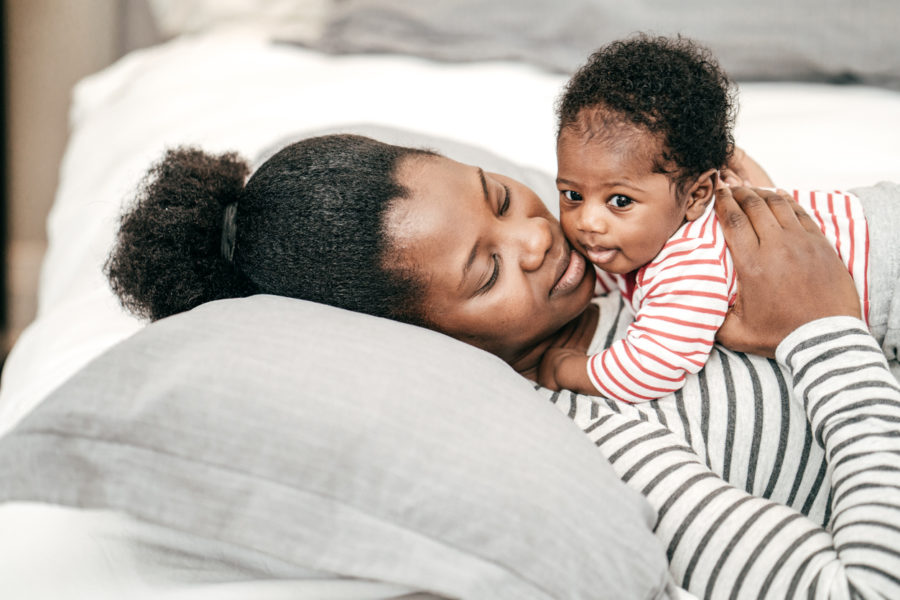 Despite African Americans making up just 13 percent of the U.S. population, they are overrepresented in abortion statistics. Among black women, the abortion rate is 27.1 per 1,000. Among whites, it’s 10 per 1,000. Abortion facilities are frequently found in minority communities. Planned Parenthood founder Margaret Sanger was a eugenicist whose goal was to limit the reproduction of “undesirables.”

These are facts well-known and well-cited in the pro-life community. But there is often something missing from pro-lifers’ conversations about race and abortion. That is the acknowledgement of the many “layers” that contribute to black abortion rates, says Cherilyn Holloway. Founder of Pro-Black Pro-Life, Holloway works to combat abortion in the black community — as well as the factors that drive women to abortion clinics.

“Nothing really matters if babies don’t make it out of the womb,” the black pro-life activist told The Stream. “But what happens when they’re out?” The black lives matter movement is raising awareness of racial bias that persists in society today. That awareness could be key for lowering the black abortion rate. (Note: the general BLM movement is not the same as the far-left political organization, which has as one of its goals the destruction of the traditional nuclear family.)

Ensuring that black women have access to quality healthcare will help decrease the black abortion rate. Holloway told The Stream that in order for that to happen, we must address the implicit bias in healthcare. As she pointed out, recognizing implicit bias is an internal process. Every person must start by examining themselves.

The United States has the highest maternal mortality rate of any developed nation. Nearly 700 women die of pregnancy- and delivery-related complications each year. The number of black maternal deaths is, alarmingly, 3 to 4 times higher than that of white maternal deaths.

Why? Black women are more prone to certain health problems, like obesity and hypertension, NBC reported in January. But that’s not the whole story. They’re also less likely to have access to quality prenatal care and hospitals. As NBC noted in 2018, “Having higher income and more education offers no protection for black women. That has led some to theorize that the disparity is at least partly caused by institutional racism in our society and health care system, conscious or unconscious.”

One reason for this is a racist myth — with roots in slavery-era thinking — that black people feel pain less acutely than white people. This myth still courses through aspects of the modern healthcare system. A 2016 study found that a “substantial number of white laypeople and medical students and residents hold false beliefs about biological differences between blacks and whites. … [T]hese beliefs predict racial bias in pain perception and treatment recommendation accuracy.”

If there is one place pro-lifers are quick to recognize racism, it’s at Planned Parenthood. The abortion giant markets itself as a place of affordable and accessible healthcare, particularly for minority women. Pro-lifers have repeatedly shown that the claim that abortion makes up just 3 percent of their services is misleading. But there is more to Planned Parenthood’s strategy that pro-lifers must acknowledge in order to offer an alternative that works.

Abortion is indeed Planned Parenthood’s “money generator,” Holloway said. But “it’s important to understand that they are in the community doing multiple things that typically are free or low cost.” Planned Parenthood’s strategy is to build trust with women likely to become pregnant.

The company strategically places abortion facilities in low-income, minority communities “in the name of access,” Holloway explained. A pregnancy care center might exist four miles down the road. But as she noted during a June 4 Facebook Live event with Students for Life of America (SFLA), four miles “could be a big deal” to a mother who relies on city transportation.

“We all want to sleep better at night,” Holloway said. “But sometimes we have to stay up and wrestle with things.”

That woman will go to the more accessible Planned Parenthood for screenings, contraception, and any other basic healthcare the facility may offer. When she gets pregnant, she’ll return because they’ve been there for her. The process ultimately drives her to abortion. It’s “marketing 101,” Holloway told The Stream.

Caring About the Issues

That’s why it’s not enough for pro-life activists to discourage abortion in the black community, or even point out the racist origins of the abortion movement. First, they must be accessible. They must care about current issues facing the community. They must build trust.

In the Facebook Live event on June 4, SFLA vice president Tina Whittington spoke with Holloway and Christina Bennett about how pro-lifers should address racism. “We have to build bridges,” said Bennett, an African American member of the “Pro-Life Voices for Trump” coalition. “We have to truly invest in a way that they would say, ‘Okay, they’re not just talking about this because it’s their agenda, but really they do care.'”

Holloway told Whittington pro-lifers need to “acknowledge and listen to the other issues” black women may be dealing with. She elaborated:

When a woman says, “I don’t know if I can have another baby, because I’m on food stamps right now, I just started school again and I’m really trying to get myself together, and … we don’t have any food access in our community” – they have all these other layers. If I want her to hear me, I’ve got to care about what she cares about too.

Holloway founded Pro-Black Pro-Life to address a gap she saw in the pro-life community. When she talked with fellow pro-lifers about the issues that lead black women to abortion, their eyes would “glaze over.” “It’s hard to have enough passion for every area,” she told The Stream.

Hosting SFLA’s Facebook Live conversation with Holloway and Bennett, Whittington admitted as much. “We purpose to focus on pro-life with laser focus,” Whittington said of SFLA. “But current events have caused us to reexamine where the pro-life movement may need to dig a little deeper on the issue of racism.”

Bennett agreed. Pro-lifers can’t expend energy on every single issue, she said. But abortion and racism can’t be separated. After all, they weren’t separated historically. Bennett went on:

For Holloway, a good starting point is to “believe the stories you hear. I really think part of the problem is that people don’t believe people.” If you feel “tension” about believing stories and statistics about racial bias, ask yourself why. “We all want to sleep better at night,” she said. “But sometimes we have to stay up and wrestle with things.”