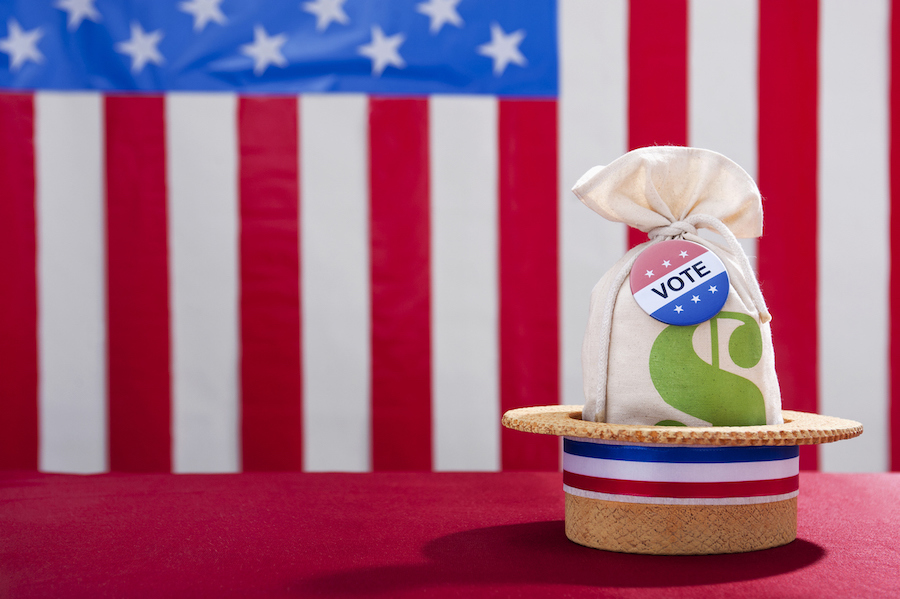 Wonder why so few laws protect big tech customers? Why nothing ever seems to happen to the big tech companies despite all the complaints? Why your local builder seems a lot more regulated than the tech giants?

It could be because big tech spends a huge amount of money on politicians. The Big 4 — Amazon, Apple, Facebook and Google — make up four of the five most valuable companies in the U.S. Fear over their power has led to politicians on both sides of the aisle to call for breaking up the companies. Plus more and more people have concerns about the companies’ misuse of their customers’ data and are worried about privacy and data security.

In addition to all that, people are asking if the companies violate antitrust laws. The Department of Justice is conducting an antitrust review of the Big 4.

The Big 4 have to be worried. They’re responding by flooding Washington with money. So far, it’s been effective. The rate of proposed regulatory legislation has slowed down since the spending increased.

How much have they spent? A report by Public Citizen found that the Big 4 spent nearly $350 million on lobbying and campaign contributions to influence lawmakers over the past eight years. The amount spent jumped from $19 million during the 2010 election cycle to $118 million during the 2018 cycle.

And they’re paying a lot more people to lobby for them. The number of Big 4 lobbyists increased during that period from 89 to 277. That’s one for every two congressmen and senators. Google initially had the most lobbyists, but Amazon has caught up. Amazon’s spending on lobbying and its PAC contributions are increasing at a faster rate than the other Big 4 companies. It is opening one of its headquarters in Northern Virginia, a mere four miles from Washington D.C.

Both firms have employees with strong ties to Congress. Many are former congressional staffers. Others worked for the DOJ or the FTC.

The Big 4 also contribute a lot through their employees. Employee spending doubled between the 2016 and 2018 election cycles from $1.9 million to $3.8 million. Over half of that came from Google employees. A whopping 94% of employee contributions went to Democrats in 2018.

A whopping 94% of employee contributions went to Democrats in 2018.

And who gets the money? Mostly, but not exclusively, Democrats. House Speaker Nancy Pelosi (D-Calif.) received $45,000 from the Big 4, the most of any member of Congress.

Some top execs contribute to both Republicans and Democrats. Google CEO Sundar Pichai contributed $33,900 each to the DSCC and the NRSC. Others, like Facebook COO Sheryl Sandberg, contribute almost exclusively to Democrats. She contributed the most of any executive in 2018, $134,800.

PACs for Google, Facebook and Amazon contributed to a filibuster-proof majority of the U.S. Senate in 2018 (Apple does not have a PAC). This means the companies contributed to 60 or more senators. Amazon and Google PACs contributed to more than half of the representatives in the House.