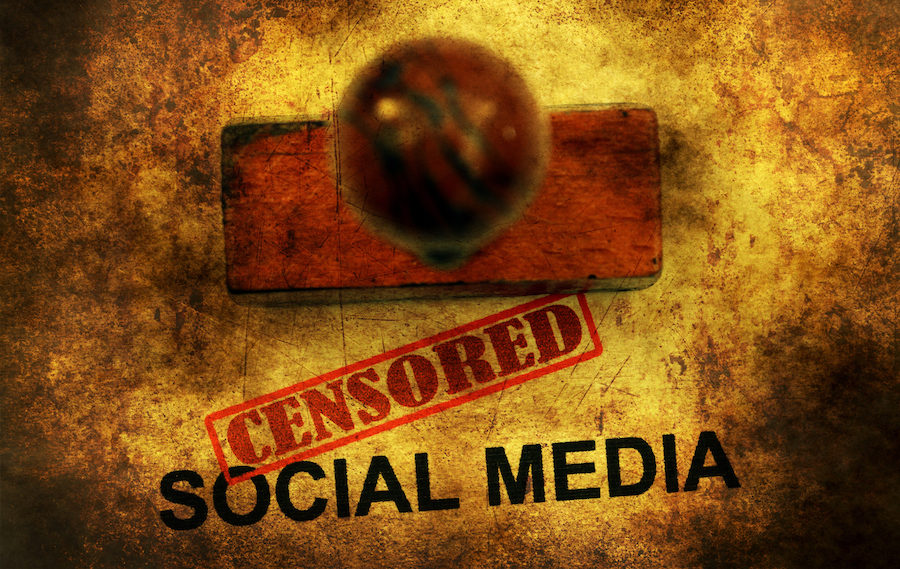 PragerU puts out some of the most brilliant videos on the right. Such as “The Inconvenient Truth About the Democratic Party.” Carol Swain, a retired black professor of political science at Vanderbilt University, explains how the Democrats are the party of racism, all the way back to days of slavery.

These powerful videos infuriate Democrats. What do infuriated Democrats do? They go on a campaign to get big tech to censor the videos.

None of the videos contain explicit, vulgar or obscene material. But a video of the Ten Commandments is now treated the same as a dirty movie.

A few days ago, Facebook reduced the reach of PragerU’s page. It also implemented restrictions under the guise of “repeated sharing of false news.”

BREAKING:@Facebook has reduced our page reach and implemented restrictions for "repeated sharing of false news."

RETWEET TO STAND UP TO CENSORSHIP pic.twitter.com/i9RjeBR3Yp

Facebook grayed out the video and put a “false” label on it. As a result, the video has only 239,133 YouTube views. PragerU videos often get millions of views. 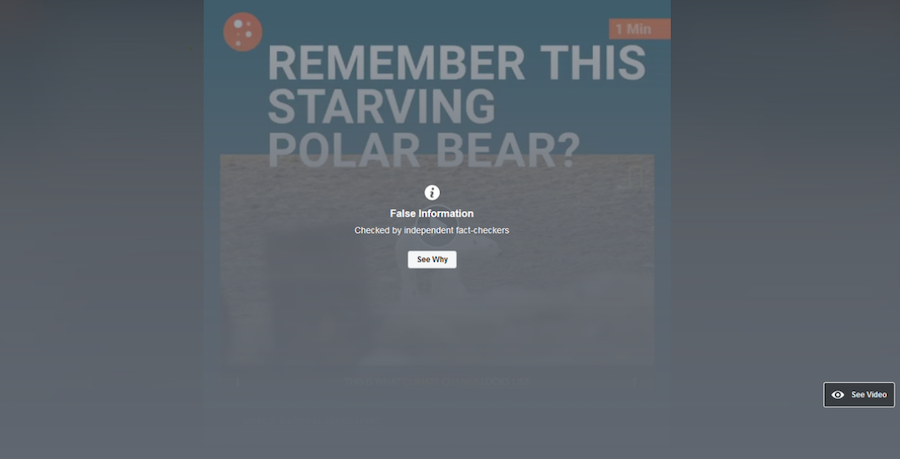 Facebook employs multiple “fact checkers” who look for false information. But they are overwhelmingly on the left. Left-wing billionaire George Soros provides a large amount of funding to the International Fact-Checking Network. The IFCN coordinates fact-checking between individuals and groups around the world, including Facebook.

The operation is run by the Poynter Institute. I used to visit the Poynter Institute’s section on fake news every week for two years when I made videos about fake news. They don’t even try to hide their bias. Fake news was often, and erroneously, attributed to conservatives, while fake news accusations of liberals were often dismissed as false.

PragerU sued Google-owned YouTube in 2017 and 2019 for classifying some of its videos as containing “mature content.” In this “restricted mode,” the 1.5% of viewers who opted out of seeing mature content would not be able to see them.

Some may be categorized correctly. But the problem is how selectively YouTube applies that label. One of the PragerU videos placed in this category is “Are 1 in 5 women in college raped?” That would be “mature content.” Whereas videos about campus rape put out by prominent left-wing organizations and individuals aren’t labeled. For example: “A Real Time With Bill Maher video about The Hunting Ground, an interview with former Vice President Joe Biden on how to end the campus rape crisis, and Lady Gaga singing about rape all can be seen by YouTube users,” the Hollywood Reporter observed.

The court ruled against PragerU in February, saying the Constitution protects individuals only from government censorship.

PragerU argued that YouTube should be treated like a public utility because it had grown so large. The court ruled against PragerU in February, saying the Constitution protects individuals only from government censorship. The First Amendment does not apply to big tech. YouTube claims it wasn’t censorship regardless, saying “Giving viewers the choice to opt in to a more restricted experience is not censorship.”

But when it suits them, liberal judges have ruled the other way. A federal district court judge ruled in March that President Trump can’t block people on Twitter since the First Amendment applies. An appeals court upheld the decision.

The suppression of PragerU’s work goes even further. Twitter and Spotify have banned PragerU from advertising on their sites.

Big tech leadership is dominated by those on the left. Founder Dennis Prager observed last year, “If it is pro-America, if it’s pro-Israel if it is pro-religion, it is likely to be censored by Google or YouTube.”

Maybe this is why the left wants to shut down PragerU’s videos. Last year, PragerU videos racked up more than one billion views. The nonprofit has over 6,500 high school and college promoters. They shoot videos interviewing left-wing students on campus that make the students look foolish and ignorant. They host on-campus meetings and hold an annual convention. Thousands of college and high school teachers play their videos in their classrooms.

They’re starting a book club and a show catering to Hispanics called “Americanos.” PragerU is almost completely self-funded, raising $22 million in donations last year. They are ranked among the top 10 political advertisers on Facebook. They are making vast inroads into countering the left-wing bias in academia, something the right has had difficulty in doing.

The Left is Terrified

Tara McGowan knows the threat felt on the left. She’s the chief executive of Acronym, a nonprofit that advises progressives on digital campaigning, She sums up the left’s fear. “It is a sophisticated campaign to indoctrinate young people. The amount of money they are putting behind it is alarming and significant. They seem to have created a savvy way to push an ideology onto an audience and get a tax break in the process.”

Here’s just one story of PragerU’s effect. It got the attention of The New York Times. Cody Thompson, an undergraduate at Augsburg University in Minneapolis, used to be a social justice activist. But after seeing Professor Swain’s video, something changed. He watched more PragerU videos. And more. And became a conservative.

That’s what really worries the left. Calling it fake news and convincing major social media sites to block PragerU is their way to keep PragerU from creating more Cody Thompsons.