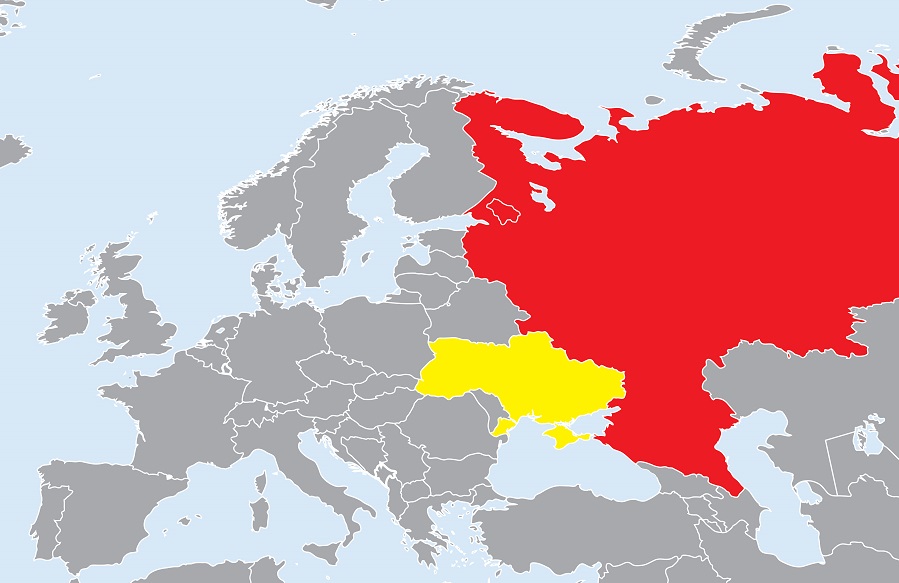 It’s no wonder that Babylon Bee CEO, Seth Dillon, says that the Left is killing satire. According to Dillon, “Satire exaggerates the truth to make a point … . But when reality is this absurd, and extreme views and behavior are commonplace, how do you go a step beyond it?”

Dillon probably wishes he could write up a joke piece on Biden’s sudden, extraordinary concern about Ukraine’s border — while our own southern border is being invaded by terrorists, drug cartels, human traffickers, and God only knows who else. It would make a great Babylon Bee headliner, if only it weren’t true.

Putting Out the Welcome Mat

Imagine a man who owns an apartment complex in a nice part of town. Shockingly, he gives all the local gang leaders a master key that will unlock all his tenants’ apartments on the south side of the building. Plus with his personal invitation to enter at their will. He assures them there will be plenty of food in their refrigerators, and gift cards under the door mats.

He further encourages them to bring in all the fentanyl, cocaine, and heroin they want, which they are welcome to sell it to his tenants. And while they are at it, they can feel free to rape the women and take the young girls for sex slaves as an additional source of income. He promises to look the other way and never call law enforcement. Of course, the key won’t work on his executive office door.

Now imagine this same guy driving outside the city limits to a small, low-income housing unit for a photo op. He’s doing the photo op because he’s donating a new ADT security system, as well as new doors and windows with heavy-duty security locks, to protect the unit. Furthermore, he’s sending a 24/7 paid security detail to keep guard around the perimeter. Oh, how benevolent that will look on the front page of the paper. How unselfish and altruistic.

As ludicrous as that little analogy seems, quite honestly, I think it characterizes Biden’s policies quite fairly.

To be clear, I think Putin is a real bad dude and has no business invading the sovereign country of Ukraine, or even threatening to do so. But even though we’re in this unfortunate predicament, we must keep our priorities right and take care of our own first.

The Bible has a lot to say about priorities, such as seeking God first (Matthew 6:33), the distinction between Mary’s and Martha’s priorities (Luke 10: 38-42), as well as taking care of your own first. 1 Timothy 5:8 says, “But if anyone does not provide for his own, and especially for those of his household, he has denied the faith and is worse than an unbeliever.” Also, “Whenever we have the opportunity, we should do good to everyone — especially to those in the family of faith” (Galatians 6:10). [Emphases added.]

Although the “outer layer of the onion” of these passages apply to the household or church level, such principles in God’s Word can extend to a corporate, city, state, national, or global scale. It would be virtuous to be in a position to help a foreign country in need. But with our own southern border being invaded by nearly 200,000 illegal aliens per month, and heavily armed cartels controlling our border? We can’t be worrying about a line on a map 5,000 miles away.

Dwight Eisenhower said, “Whatever America hopes to bring to pass in the world must first come to pass in the heart of America.” Hmm. That sounds a bit like Jesus’ last words before He ascended to heaven: “You shall be witnesses to Me in Jerusalem, and in all Judea and Samaria, and to the end of the earth.” It’s a start at home concept. Washington D.C., the United States, North America, and to the end of the earth (Ukraine).

Ronald Reagan said, “Putting [its] people first has always been America’s secret weapon. It’s the way we’ve kept the spirit of our revolutions alive — a spirit that drives us to dream and dare, and take great risks for a greater good.”

Trump showed us the incredible benefits of an “America First” agenda. It was the centerpiece of virtually all of his foreign policy decisions. And it worked. It produced our energy independence, a secure border, fair trade with China, and no new wars. It has perhaps become the new mantra of the Republican Party going forward.

Put Your Own Mask on First

To some, the “us first” approach may sound counterintuitive to Christian values, but it’s not. Those of you who fly a lot know the oxygen mask drill; you probably have it memorized. They say, “If you are travelling with a child or someone who requires assistance, secure your mask on first, and then assist the other person.” Donning your own mask first is not being selfish. You can’t help your child or the person next to you who needs assistance if you’re unconscious.

The “Peace Through Strength” policy of Trump’s kept Putin in check, and if that policy had been continued under Biden, we wouldn’t even be talking about this. Biden has blundered every foreign policy decision since he’s been in office, with his disastrous handling of Afghanistan topping the list. Some blame it on his cognitive skills. While we can all see that he’s definitely slipping mentally, we must remember that former Secretary of Defense Robert Gates, has said Biden has “been wrong on nearly every major foreign policy and national security issue over the past four decades.”

So, my word to President Biden is this: Mr. President, get your priorities right. C’mon man.