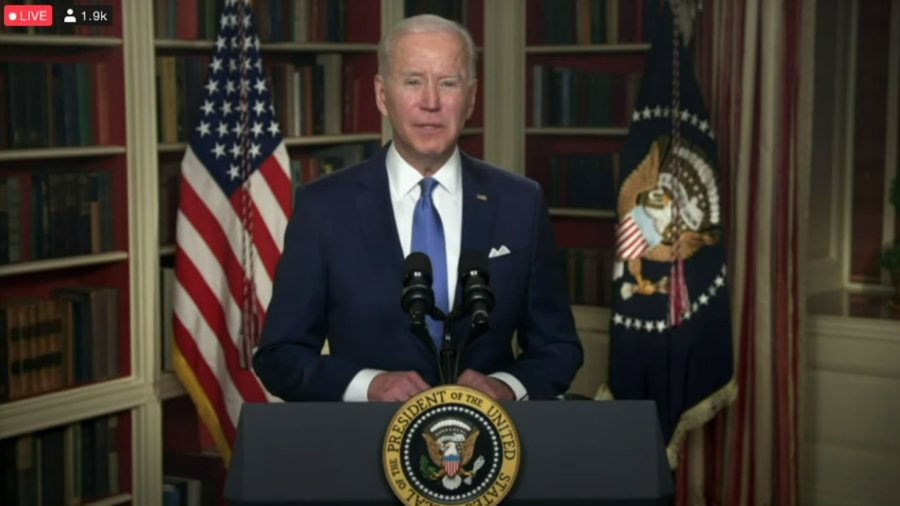 By Aliya Kuykendall Published on February 4, 2021 •

“Jill and I are humbled by your prayers and it means everything to us,” President Joe Biden said Thursday, opening his four-minute prerecorded address to the National Prayer Breakfast.

Biden said over the years America continues to be a nation “always in prayer,” yet noted that the “over 400,000 lives lost” to coronavirus makes this year different. Biden also noted people out of work, lines at food banks, “the call for racial justice,” “the existential threat of climate crisis” and the “assault on our democracy” of the Capitol riot. “We know now we must confront and defeat political extremism, white supremacy and domestic terrorism,” he said.

“For so many in our nation, this is a dark, dark time,” Biden said. “So where do we turn? Faith.”

“For me, in the darkest moments, faith provides hope and solace,” Biden said. “It provides clarity and purpose as well.”

Biden said Americans have “a common purpose” to respect and care for each other and “leave no one behind.” He continued:

Biden concluded: “We need to lean on one another, lift one another up, and with faith, guide us from the darkness into the light. May God bless you all, and may God protect our troops.”

At this year’s breakfast Biden was preceded by former Presidents Barack Obama, George W. Bush and Bill Clinton, who also spoke, as well as several lawmakers.