Biden is ‘Spiking the Ball’ on al-Zawahiri, but What About the Other Terrorists He’s Letting In? 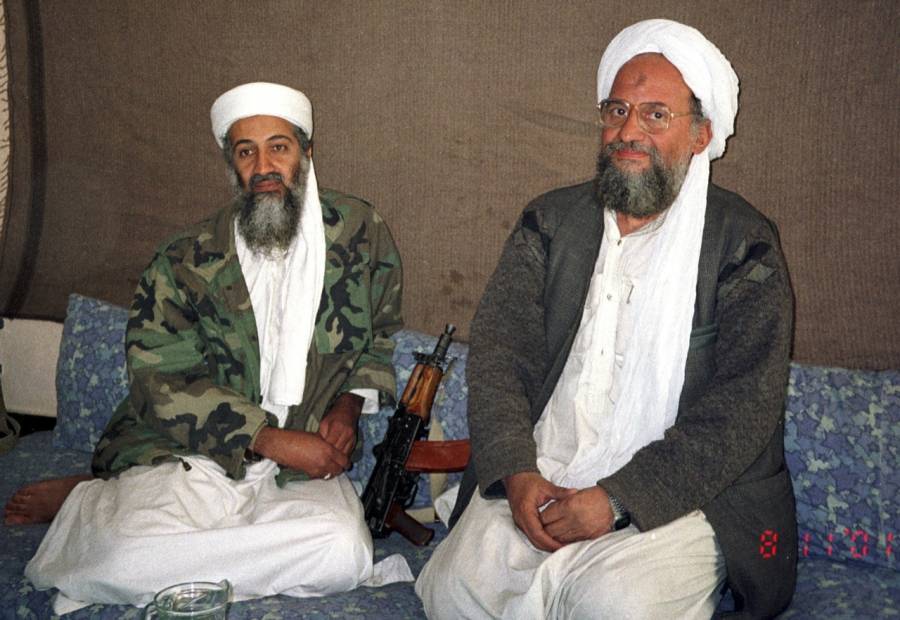 Let’s begin by assuming the Biden administration really did take out the emir of al Qaeda, Ayman al-Zawahiri, as the president reported on Monday. If so I’ll give credit to whom credit is due, just as Romans 13:7 teaches. I can’t help saying it with hint of skepticism, though, as I am of the “Trust but Verify” school of Ronald Reagan.

Reason to Be Wary

I hate being the “Debbie Downer” (It’s a metaphor … I do not identify as a Debbie), but do we have pictures? DNA? If so, how did we manage that without boots on the ground?

You might say, “Our superb U.S. intelligence is all the verification we need.” Oh, you mean the same U.S. intelligence that announced on August 29, 2021 an “over-the-horizon airstrike … on a vehicle in Kabul, eliminating an imminent ISIS-K threat” that turned out to be an innocent family? Whose father, Zemari Ahmadi, was a 14-year employee of a US-based NGO?

Remember, back in November, 2020 it was widely reported by The Sun, News Pakistan, Daily Mail, Newsmax, Behold Israel, Brookings Institute, and others that Ayman al-Zawahiri had died from complications from asthma.

I’m not trying to gin-up a conspiracy theory. Perhaps we really got him. But Joe Biden has had trouble being truthful for the last half-century. So forgive me for being a little wary, particularly in an election year, with his poll numbers in the toilet.

(One might also wonder if Biden’s announcement that the gaps in the Yuma sector wall will be filled in is because of a “heavenly revelation” on border security or because of Mark Kelly’s tight senate race in Arizona.)

Let’s not forget the Benghazi attack, which happened when Biden was VP. The administration lied to the American people for political convenience, saying it was all the result of an anti-Muslim video. The father of Tyrone Woods, a Navy SEAL killed in the attack, said at the ceremony for the Libya victims that he could tell Obama, Biden, and Clinton were not remorseful. He told Glenn Beck that Biden made a “wildly inappropriate” comment, coming over to his family and asking in a “loud and boisterous” voice, “Did your son always have b***s the size of cue balls?”

Having said all that, I can still muster up a “trust but verify.” I’ll try the trust part for now.

If al-Zawahiri is gone, that’s a good thing for all remaining eight billion people on the planet. (And yes, I’m pro-life: This will save many lives.) I’m still wondering about Biden celebrating it with more drama than Randy Moss’s simulated end-zone mooning of the crowd in 2004. So before we dump the Gatorade cooler on him, let’s step back and look at the bigger picture.

The ‘JV Team’ Isn’t So JV After All

First of all, it was the Obama-Biden administration that allowed al Qaeda to flourish in the first place. Remember when Obama told Chuck Todd al Qaeda was the “JV team”? Yes, Obama got bin Laden, and I will give them credit for that. But let’s also remember that VP Biden opposed that operation in The Situation Room.

Furthermore, they pulled it off only because of intel obtained by waterboarding, which both of them had opposed during the Bush era. Face the Nation had asked Biden in 2004, “Can you Mr. Vice-President ever envision a time when waterboarding should be used on anyone?“ Biden’s reply was, “No … no. It’s not effective.” But it was effective, and Biden had no problem taking a victory lap with Obama.

Second, we must not forget Biden’s reckless and indefensible pullout of Afghanistan a year ago, in August of 2021. According to a New York Post report, al-Zawahiri “was traced to Afghanistan, where he was put up as a guest of the ruling Taliban following the disastrous US withdrawal.”

Is this a case of an arsonist getting glory for saving a few pieces of furniture out of the house fire he’d set? Al-Zawahiri (if still alive) was 71 and reportedly in poor health. How many strong and equally as radical 30-something year-olds now have safe haven in Afghanistan following the Biden administration’s disastrous defeat?

Rolling Out the Red Carpet

Third, and perhaps most important, what’s the point of all this hoop-la for getting one terrorist nearly 7,000 miles away, while simultaneously letting an untold number of terrorists into our own country through our own back door? According to The Heritage Foundation, during the first decade following 9/11, 40 terrorist plots were foiled, and that was at our lowest complacency and tightest security. Imagine what will happen now that we’ve rolled out the red carpet for all comers across our border. God help us. If we avoid another 9/11-type disaster, it will only be by His mercy on our nation.

Over 1.3 million illegal immigrants have been admitted into our country on Biden’s watch, from at least 160 countries around the world. The total for this year alone could top 2 million. Their countries of origin include many that are hotbeds for terrorism, including Yemen, Uzbekistan, Syria, and Lebanon.

Dozens (42 through April) have been apprehended who were on the Terrorist Watch List. We have no idea how many entered without being caught. We do have an idea how much deadly faux-fentanyl the drug cartels are getting in. It has become the leading cause of death of Americans between the ages of 18 and 45.

Screen Door on a Submarine

Rich Mullins’ song from the 1980s, “Screen Door on a Submarine,” works well for an analogy. It seems to me that Biden’s strike on al-Zawahiri, as fitting as it might have been is a lot like bragging about plugging a pencil-size leak in a submarine with a screen door.

I know that love is always “ready to believe the best of every person” (1 Corinthians 13:7, AMPC). Given Biden’s current ideology and history, this is about the best I can do right now. I’m not so rigid that I can’t give him a win when warranted. If it becomes clear that he did, in fact, get al-Zawahiri and for the right reasons, I’ll celebrate that. But I’m afraid that it will take a lot more than that to keep this submarine from taking a disastrous deep dive to the bottom.