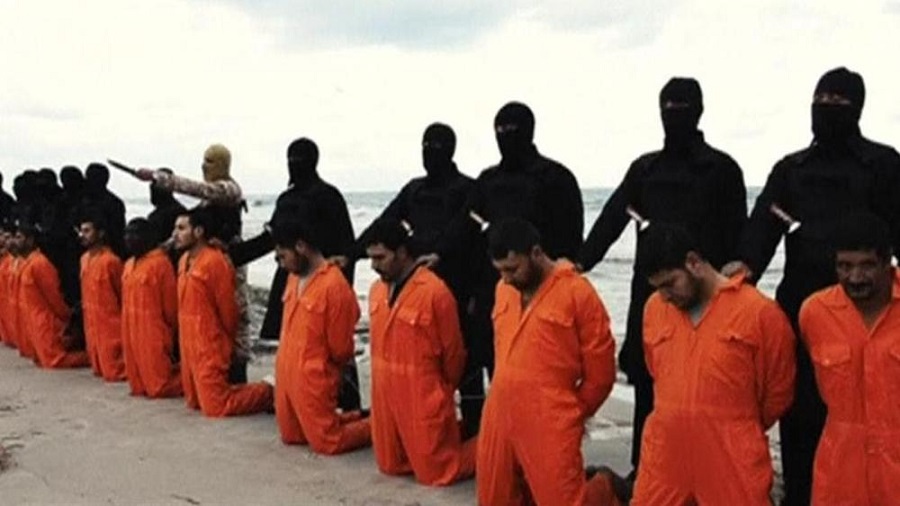 The Left — from the media to the White House — thrives on identity politics, hypocrisy and double standards. Especially on questions of race, ethnicity, and “diversity.”

On August 5, a murder victim became the fourth Muslim to be killed in Albuquerque since November 2021. Even though the identity of the killer and his motives were unknown, many rushed to denounce the killings as “hate crimes,” conjuring up images of the left’s blame-all bogeyman: white supremacists.

In a post on Twitter that started, “I am angered and saddened by the horrific killings of four Muslim men in Albuquerque,” Joe Biden affirmed, “my Administration stands strongly with the Muslim community. These hateful attacks have no place in America.”

Fifteen minutes later, Kamala Harris parroted the president: “I am deeply disturbed by the killings of four Muslim men in Albuquerque. … [W]e stand with the Muslim community in New Mexico and around our country. Hate has no place in America.”

Muslims have massacred more than a thousand Christian worshippers inside their churches over the course of several attacks across a variety of nations since 2011.

Then reality hit: on August 9, police arrested a man in connection to the four murdered Muslims — and he himself, Muhammad Syed, is from the same supposedly beleaguered “Muslim community” that Biden and Harris “stand strongly with.”

Now, let’s consider the truly noteworthy and instructive aspects of this debacle.

First, on average, about 42 people are reportedly killed every day in America, by just guns alone (meaning significantly more people are killed every day by all methods). The overwhelming majority of these — victims of black-on-black violence — receive zero mention in the media.

So why did the killings of four men, over the course of nine months, get so much media and political attention? Because they were Muslim and could be exploited by those who thrive on identity politics to further their favorite narrative: that white supremacists, racists, and other “deplorables” — in short, Jan. 6 types — are running amok in America. If it was known from the start that a Muslim murdered Muslims, this story would have received zero coverage — just as it is quickly now being buried down the memory hole.

Then there is the sheer hypocrisy: ideologically driven and religiously inspired hate crimes and murders do exist; but because the overwhelming majority of them do not fit the Left’s narrative, they are routinely ignored, suppressed and distorted.

The Muslim Persecution of Christians is Routinely Ignored

Consider the Muslim persecution and murder of Christians. According to one report, 360 million Christians around the world are currently persecuted for their religious identity — and the overwhelming majority of that persecution, some 80%, occurs in Muslim nations. On average, every day, thirteen Christians are killed for their faith; twelve are illegally arrested or imprisoned; five are abducted; and twelve churches or other Christian buildings are attacked and often destroyed.  Again, that’s every day.

Indeed, because the media rarely touches on this phenomenon, since July 2011, I began to compile a monthly report, collating and summarizing the many accounts of persecution that surface every month. Every one of these now 130 reports typically feature the bombing, burning or banning of churches; the rape and forced conversion of Christian women; murderous attacks on and long prison sentences for apostates and blasphemers; generic but institutionalized discrimination and exploitation; and, of course, the outright slaughter of Christians (usually dozens every month).

In short, when Muslims kill Christians and others in hate crimes — which is a common occurrence — the powers-that-be do everything to conceal the religious identities and motives of the killers and their victims.

And yet, the same media figures and politicians who were quick to showcase four murders from the countless that occur in America because they seemed to support the idea that Americans are targeting and murdering Muslims, say nothing about these disturbing trends. Even sensationalist atrocities against Christians receive little coverage. A video of ISIS beheading 21 Christians because they refused to abandon their faith received six times less media coverage than the inadvertent killing of a gorilla named Harambe.

Media Downplays Hatred as Motive When the Victims are Christian

Other times, when the attacks are so spectacular as to warrant some media attention — for example, a Muslim terror attack on a church that leaves scores of “infidels” dead — media do everything possible to, not only take the “hate” out of the equation, but to suppress the religious identities of both the (Christian) victims and (Muslim) murderers.

Most recently, on Pentecost Sunday, June 5, 2022, Islamic terrorists stormed a church in Nigeria and massacred more than 50 Christians who’d been peacefully worshipping God. Jihad-driven Muslims are purging Nigerian Christians in a genocide — with one Christian being killed every two hours. “Allahu Akbar” screaming Muslims have torched or destroyed approximately 20,000 churches and Christian schools over the last few years.

But in accounts of the Pentecost Sunday church attack, the words “Muslim,” “Islam,” or even “Islamist” never appear in the AP report. Rather, we were told: “It was not immediately clear who was behind the attack on the church.” (Such dissembling is an ancient “mainstream media” tactic, especially by the New York Times.)

Others, such as Ireland’s President Michael Higgins, suggested that “climate change” was the true culprit behind the Pentecost Sunday massacre — and scolded anyone who dared accuse Muslims. A decade earlier, Bill Clinton said that “inequality” and “poverty” are “what’s fueling all this stuff” (“this stuff” being the ongoing massacre of Christians at the hands of Muslims in Nigeria).

When Muslims bombed three churches in Sri Lanka during Easter Sunday, 2019, killing some 300 Christians, Democratic leaders, including Barack Obama and Hillary Clinton could not even bring themselves to identify the slain victims as “Christians.” Instead, they condemned a “terror” attack on “Easter worshippers.”  Compare and contrast this with Biden/Harris’s emphasis on Muslims being killed.

Why Aren’t They Concerned With Combatting Christianophobia?

When an Australian man attacked two mosques and killed 51 Muslims in 2019 in New Zealand, the world stood up in condemnation; the handwringing has not stopped since. In response to that one lone and aberrant attack, the United Nations inaugurated a “combat Islamophobia” initiative. On the other hand, and as documented here, Muslims have massacred more than a thousand Christian worshippers inside their churches over the course of several attacks across a variety of nations since 2011.  And yet, that is not enough for the UN to see a pattern and promulgate, say, a “combat Christianophobia” initiative.

In short, when Muslims kill Christians and others in hate crimes — which is a common occurrence — the powers-that-be do everything to conceal the religious identities and motives of the killers and their victims. On the other hand, they do everything to make the reverse — that Americans and Westerners in general are persecuting and murdering Muslims — appear to be true, even though it’s not.

And the White House is fully in bed with this false narrative.