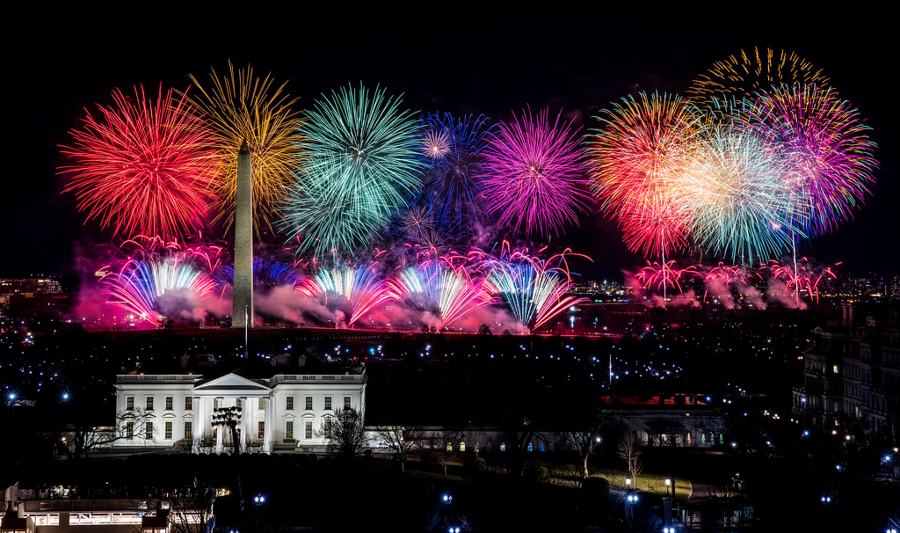 We now have a new Commander-in-Chief, and it appears that what we most feared has come upon us: The forces against faith, family and science have run amuck.

I like what my good friend Dr. Michael Brown has said,

Now, the tables are turned, and that same question must be asked of those who identify as committed followers of Jesus and who voted for Joe Biden. How could you do it? Did you not see the radical, destructive, anti-Christian policy decisions he would make?

Thank You Very Much!

In spite of what you thought about President Donald J. Trump, you never saw him turn the White House rainbow colors or turn against female athletics. You would have not found anything on the White House website celebrating homosexuality or gender fluidity. President Trump did not support transgenders in the military or the creation of pronouns beyond him and her. The list goes on and on.

As we can all see, President Biden has given much support to the LGBT community. He even used International Women’s Day to announce the creation of a White House Gender Support Council.

Those of you that voted for Biden because you didn’t like President Trump’s tweets, thank you very much.

Those of you that voted for Biden because you didn’t like President Trump’s tweets, thank you very much. You have made our jobs much harder. How is that working for you? Or your daughters?

Targeting Ministries Serving Those Who Want to Leave the LGBT Lifestyle

In the last 10 months our ministry has received more calls and emails than we have received in the last two years. More men and women are coming out of the closet, many wanting help from us, and at the same time, the LGBT community is trying to put our ministries in the closet.

Take the truly evil Equality Act, which President Biden is set to sign. Among its destructive elements is forbidding a religious exemption from its radical provisions. Americans will have the Act’s science- and Bible-defying decrees forced down their throats.

Subservient to the Radical LGBT Agenda

Biden has also issued an executive order that puts women and children in grave danger. The order allows men to go into women’s restrooms, and this includes any public high school and university that receives federal funding.

He is supporting men competing in women’s sports.

President Biden has nominated Dr. Rachel Levine to be the No. 2 official at Health and Human Services. Dr. Levine would not only be the first openly transgender federal official to be confirmed by the U.S. Senate, but even suggests minors could be subject to sex change therapy without parental consent.

In addition, Pete Buttigieg was confirmed as President Joe Biden’s U.S. Secretary of Transportation. His only qualification for the job? Getting engaged to his now husband in a train station.

I’d say this President is smitten with the gay community. More accurately, Biden is subservient to the radical LGBT agenda.

I Will Not Be Silenced

It’s an agenda preying on our children. Dr. Brown writes about some of the latest moves in his column, “The GayBC’s are In, Dr. Seuss is Out.”

We cannot keep telling our children that there are more than the two genders: male and female. What’s the number fed our kids now? The BBC produced a video for school children telling them there are 100 or more gender identities. This is a lie from the pit of hell.

Let me share this with all the readers: I will not be silenced. As a pastor and a born-again Spirit-filled Christian, liberated from a lesbian lifestyle, I have a responsibility to speak the truth.

I wasn’t put on this planet to make friends, nor to make you happy, but to be a servant for the Lord and make Jesus popular.

Yet, I am hearing about and seeing too many church folks turn on their brothers and sisters in the Lord. I, personally, am seeing more and more hate from believers than I have ever seen or heard before. My question to you all that are putting us down for doing the Lords work: what is your problem?

Jesus says that His kingdom is “not of this world.” As Christians, we are not of this world. We have been adopted as heirs of Heaven by God Himself (Titus 3:7). We need to do everything we can to bring others into a relationship with Jesus Christ.

We Must Band Together

We cannot do that if the world is seeing us support their non-scriptural views such as those relating to homosexuality. I read somewhere “when we lose the holy fear of God, we begin to lower our image of Him, and this eventually leads to compromise and disobedience.”

I am not trying to be harsh, but some of you need to be shaken by God himself. We cannot continue to support the gay agenda. How will people be set free if we continue to cave and support the lie?

Church, we are in a spiritual battle and it’s an all-out war between Heaven and Earth. Things are ramping up; things are getting very intense and we need the supernatural to give birth to the natural.

“What shall we say about such wonderful things as these? If God is for us, who can ever be against us?” (Romans 8:31).

Janet founded Janet Boynes Ministries in Maple Grove, Minn., in 2006. She has authored the books: Called Out: A Former Lesbian’s Discovery of Freedom, Arise: The Journey from Fear to Faith, and God and Sexuality: Truth & Relevance Without Compromise, which is her latest book. She challenges individuals and the church to reach out with a message of hope and restoration to the homosexual community. Her articles have appeared in Charisma Magazine, Called Magazine, Power for Living, Believer’s Voice of Victory Magazine and many more.