Why Would a Bible Translation Use the Word ‘Palestine’?

Talk about being anachronistic. 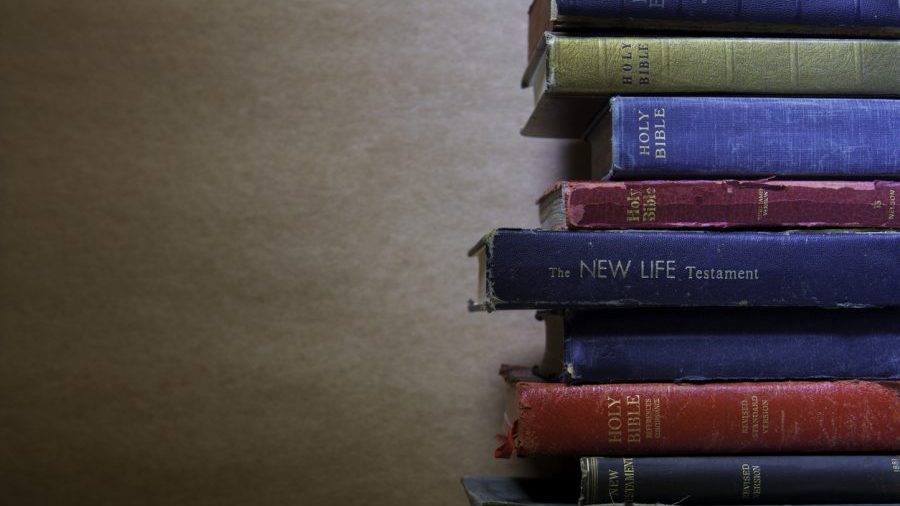 The New American Standard Bible (NASB) is one of the most widely used modern translations of the Bible. There is not the slightest hint that the translation is anti-Israel, let alone anti-Semitic. So, my question comes by way of interest and curiosity, not by way of indictment or accusation. Why would this fine translation introduce the word “Palestine” in its section headings?

This would be similar to a history book carrying the caption, “Christopher Columbus discovers the United States.” Or, “The rule of Genghis Khan extends into the Soviet Union.” Or, “T. E. Lawrence was famously known as ‘Lawrence of Saudi Arabia.’”

All of these would be grossly anachronistic.

Yet none of my examples are as anachronistic as what is consistently found in various editions of the NASB. This includes print editions (the one in front of me is printed by Cambridge University Press). It also includes various digital versions (Bible Gateway, Bible Hub, and the Laridian PocketBible, which is found in the Logos app).

As a colleague (and long-time NASB reader) noted, in several places in the translation, “Palestine” appears in section headings.

In contrast, other modern Bible translations have these headings before Joshua 11:1 on the Bible Gateway website:

Only the NASB mentions Palestine.

The problem, of course, is that “Palestine” did not exist at that time. If a place name was needed, “Canaan” would have sufficed (as per the ESV).

It’s true that these section headings are not part of the Bible translation proper. (I’ve been involved in a few translation projects, and our focus is always on the actual biblical text.) But it’s also true that they can become as fixed as the translation itself. Hence the appearance of “Palestine” in both print and digital editions of the NASB.

Again, I’m not implying anything sinister. The NASB renders one key passage in a way that I would say is not only accurate but also refuted a supersessionist interpretation. (By “supersessionist” I refer to a wrong interpretation in which the Church is seen as spiritual Israel and in which there are no national promises for physical Israel. Thus the Church supersedes Israel.)

“Palestine” did not even exist as a name for this part of the world until roughly 1,500 years after the time of Joshua’s conquest.

Specifically, the NASB translators (along with most other modern translators) recognized that Paul was not addressing Gentile believers in Galatia as “the Israel of God.” (See Galatians 6:16; contrast the NIV.) It isn’t as if these Gentile Christians had become the new Israel and had displaced the old Israel. Here, in this verse, “the Israel of God” refers most likely to Jewish believers in Jesus, called Messianic Jews today. Had there been an anti-Israel bias in the NASB, it would likely have been reflected here.

So, at the risk of being redundant, I’m bringing no accusation against this popular translation. I am not assuming that the translators themselves all agreed on the section headings.

I am simply wondering out loud why they used the wrong term “Palestine” in these section headings. “Palestine” did not even exist as a name for this part of the world until roughly 1,500 years after the time of Joshua’s conquest. Talk about being anachronistic.

The Sinister Origins of “Palestine”

The origins of the name Palestine are totally negative. That’s why Tsafrir Ronen posted an article titled, “The Invention of Palestine as a Psychological Weapon for Conquering Eretz Yisrael [the Land of Israel]” on the Think Israel website.

Almost 2,000 years ago, the Roman Emperor Hadrian cursed the Jewish People and decreed that Judea should be henceforth called “Palestine” after the Philistines, an ancient enemy of Israel that had disappeared from the world’s stage more than 600 years earlier. It was his final twist of the knife and legacy after wars, massacres, persecutions, and exiles that had largely extinguished the Jewish presence from Judea.

The Roman emperor Hadrian, in an effort to destroy Jews once and for all, renamed the territory of Judea (the present-day West Bank), Palaestina, after the Philistines, an Aegean people who had conquered the coast of Canaan. They appear in the Old Testament as depraved pagans and have long since vanished from history.

Hadrian’s intention was to eradicate memory of the Jewish people whom the Romans exiled from their homeland as punishment for having rebelled against them in 130 AD.

Ironically, this underscores the fact that the Arabs and others living in Palestine before 1948 did not think of themselves as Palestinians. This was never part of their corporate or individual identity until after 1967. (See here for example. As Ronen noted, “Today, the modern enemies of a resurrected Jewish Nation have dusted off Hadrian’s curse and are attempting to pull off a monumental theft: the Arab world have reincarnated ‘Palestine’ to steal Israel’s heritage and the Land of the Jewish People.”)

But, when it comes to Bible history, especially Old Testament history, there is no such entity known as “Palestine.” And there is absolutely no justification for its presence in the section headings of the NASB (or, any other Bible for that matter) when talking about biblical events.

To do so is to agree with the anti-Israel talking points of Palestinian activists. They claim that the ancient Israelites engaged in the ethnic cleansing of Palestine (those evil Israelis are doing it again today!) and that Jesus was “a Palestinian messenger.”

I look forward to the those currently responsible for the NASB rectifying this error.

Update: I have been informed that the 2019 revision of the NASB already planned to replace “Palestine” with “Canaan” in these section headings.

Jesus Was Not a Palestinian

Laugh at the Slave Owners’ Self-Serving ‘Slave Bible’? We Can’t. We Have Our Own