The Bible Is Good History. Bet Your Eternity On It.

Mesha, Nebuchadnezzar, Pontius Pilate. They're not just characters in a story. 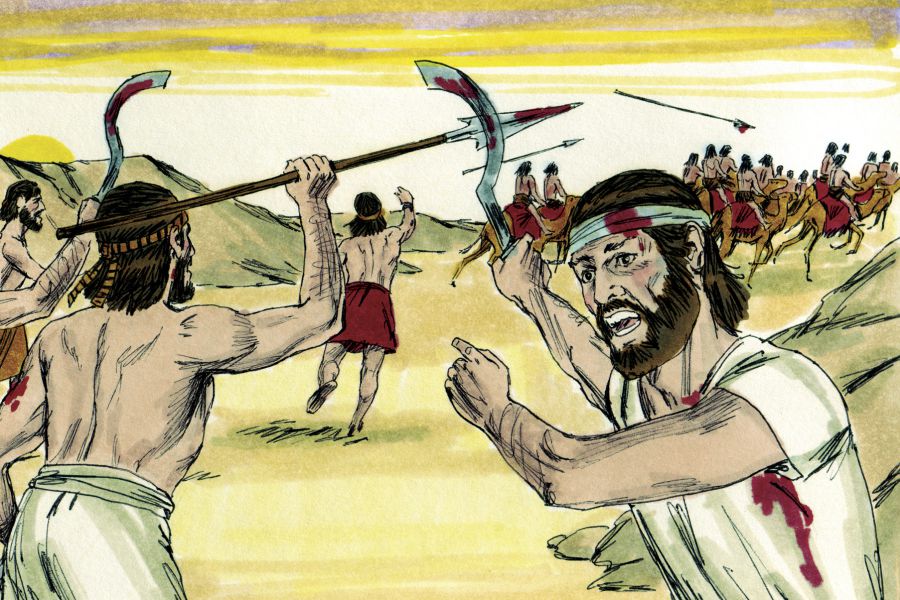 Mesha, King of Moab, was one of the Bible’s truly evil men. Losing his battle against Israel, he “took his firstborn son who was to succeed him, and offered him as a burnt offering.” The army of Israel was so enraged and disgusted, they withdrew from the battle and returned to their own lands.

Now archaeologists have found yet another confirmation of the Bible’s record of history. A stone altar has been found in Jordan that describes Moab’s looting of the city of Ataroth. It describes the slaughter of the “foreigners” (Israelites) of Ataroth. The city, it boasts, was left “desolate.”

Why do I bring this up? Because the enemies of Christianity like to say the Bible’s full of made-up stories and myths. It’s not trustworthy. It can’t possibly be the Word of God. But the funny thing is: Every time archaeology finds something related to a biblical story, it confirms it.

Remember the Bible’s story of Nebuchadnezzar, the ruler of Babylon (modern-day Iraq)? Second Kings 25 describes his successful siege of Jerusalem in 586 BC. Nebuzaradan, a Babylonian military leader, “burnt the house of the Lord, and the King’s house; and all the houses of Jerusalem, even every great man’s house, burnt he with fire” (25:9).

Archaeologists believe they’ve discovered evidence of the Bible’s account. At a dig on Mount Zion, they’ve “found layers of ash, arrowheads, iron-age potsherds, lamps — and even a gold and silver tassel. It all points to a significant event about the time of the biblical account,” writes journalist Jamie Seidel. There’s even a metal arrowhead of exactly the kind Nebuchadnezzar’s army used.

In addition, the researchers have found a small “seal impression” inscribed with the name Nathan-Melech, an official in the court of Judah’s king Josiah (II Kings 23:11). Now, we can’t be sure it’s the same guy, but the inscription couldn’t really be more exact. The seal says its owner was “Nathan-Melech, Servant of the King.”

The New Testament Too

But it’s not just the Old Testament. Researchers now believe they have found the ancient city of Bethsaida. The apostles Andrew, Peter, and Phillip all came from this fishing town. It played a big part in the gospel accounts. “The more we can know about this city,” writes excavator and theologian R. Steven Notley, “the better we can understand its place in the gospel story.”

We started with a bad guy named Mesha. Let’s end with another one: Pontius Pilate.

Not much really needs to be said about this evil soul. For centuries, though, many scholars questioned his existence. But then in 1961, a broken piece of stone was found in Caesarea Maritima that reads, “Pontius Pilatus, Prefect of Judea, has dedicated to the people of Caesarea a temple in honor of Tiberius.” Well, that settles that.

Luke wrote his Gospel so that his friend Theophilus “may have certainty concerning the things you have been taught” (Luke 1:4). So it is with the 66 distinct books, letters, and collections of songs and teachings that compose the Bible. They are good history. And if good history, then good theology.

You can bet your eternity on it.