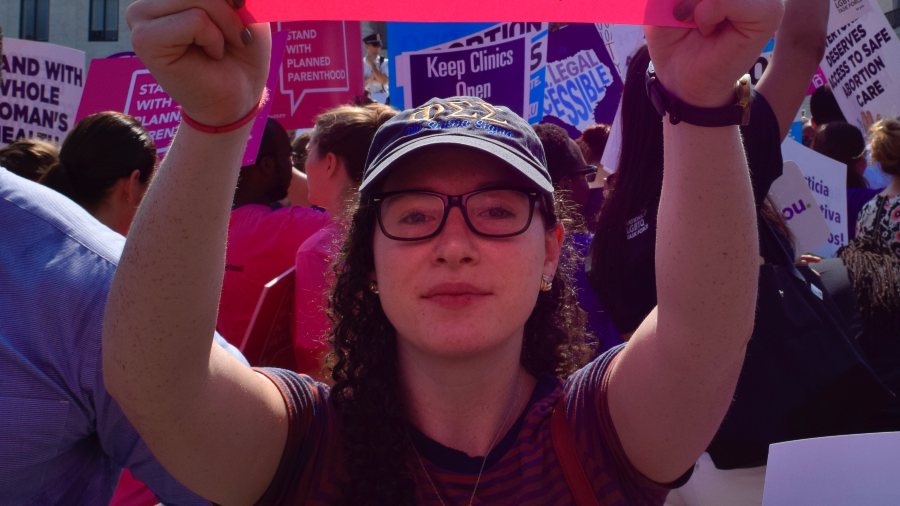 In the midst of the raging national debate about abortion, as followers of Jesus, we must never forget that we are not just dealing with an issue. And we are not just dealing with the life of the baby in the womb. We are dealing with other people, with women who have had abortions in the past and with men who participated in abortions in the past and for whom the current debate brings up old wounds. We must never forget them when we talk about abortion publicly.

Love Those Who Have Received Forgiveness for Abortion

These are the people who call my Line of Fire radio broadcast in tears, sometimes sobbing as they share their stories from decades past. (Click here to listen to two recent calls, one from a woman and the other from a man. Both of them were strongly pro-abortion before becoming born-again Christians, at which point they immediately became pro-life.)

These people are in our congregations and listening to our podcasts. We must always keep them in mind when we talk about the evils of abortion — even though they know that they are forgiven by the Lord.

Love Those Who Fear and Grieve the Loss of Abortion Access

But there’s another group of people we must never forget in this critical moment in our nation’s history.

These are the people who are not in our churches.

Most of them have grown up with Roe, and abortion is a way of life for them. Now, they are trembling in fear.

They wonder: Will they be forced to bring a baby into the world, even if the pregnancy was entirely unintended and having a child now would devastate their lives? Will they be forced to carry and deliver a child conceived in rape? Worse still, will their only choice be a back-alley abortion? Will someone stick a coat hanger inside of them and kill them in the process? Or could they even be jailed as murderers?

Let’s remember to reach out to the people while we resist a sinful agenda (to borrow a concept I’ve lived by when dealing with LGBTQ+ issues and people.)

A woman named Charis stated, “A ruling like this [meaning, the overturning of Roe] erases so much progress and opens deeply personal wounds. It’s devastating. Years ago, someone told me they believed anyone who had an abortion was a murderer and belonged in jail. It was the most extreme statement on abortion I’d ever heard, and I’ve been wary of the anti-abortion movement ever since.”

Yes, she has been wounded too, even if by her own choices.

Tiffany said, “I was very angry, scared, and disgusted not just for [sic] but mostly for minorities like me. Not all women who have kids also have the means to take care of them. I never feared this would happen before because I was born at a time when we talked about all the good that Roe has done and how women should have a right to their own bodies.”

You might say, “But abortion is a monstrous evil, plain and simple, and no one has the right to terminate a pregnancy simply because they choose to do so.”

Of course, I concur with you wholeheartedly.

But I’m appealing to you as a follower of Jesus to remember that these women (or men) are important in God’s sight as well. And rather than repel them, we must find ways to reach them. Did not God Himself reach out to us when we had no interest in Him at all?

Many of these people are women who have had abortions and who identify as pro-choice. Yet they too are hurting, and some of their anger is masking the pain that they carry. (Both of the callers, linked above, stated that, even before they were Christians, in their pro-abortion days, they felt grief over aborting their babies.)

Let’s remember to talk about forgiveness and redemption when we engage in public discussion about abortion, especially from our pulpits. Let’s remember to reach out to the people while we resist a sinful agenda (to borrow a concept I’ve lived by when dealing with LGBTQ+ issues and people).

And let’s learn a lesson from the AIDS epidemic when it reached its peak in the 1980s.

For Bible-believing Christians, the news that a terrible plague was sweeping through the homosexual community was confirmation of our viewpoint. God was judging this perverse behavior, and these men were reaping what they sowed. Didn’t it seem obvious?

But many of us who associated AIDS with divine judgment, even if we were right in our perceptions, totally forgot about the suffering gay population. And in doing so, we missed an incredible opportunity to reach out to a community riddled with fear and impending death.

As one ex-gay Christian leader told me, he was part of that community at that time, and it was a ripe time for the gospel to be preached. You can be forgiven! You can start a brand new life! And even if you die in this world, you will live forever in the world to come!

Instead, this leader said, the only message these suffering men heard was a message of judgment, and their perception was that Christians, along with their God, hated them.

We must not make this same mistake today as tens of millions of Americans are in panic and fear about what is coming next.

Yes, we must make the case for life and expose the evil of abortion. But we must also do our best to befriend and reach out to those who differ with us, showing them a better way. (Many pro-life leaders and activists over the decades have done a great job of reaching out to individuals with love while staunchly opposing abortion. They should be commended.)

Converted by Love and Truth

A few decades back, in the mid-to-late 1980s, one of our friends was involved in an Operation Rescue event. She was a silver-haired biologist in her 60s, deeply committed to the pro-life cause, and she had traveled out of state to participate in the event.

As expected, the pro-lifers were all arrested as they sat in front of the abortion clinic, singing hymns and praying, and the women were all put together on one bus.

But there was also a pro-abortion protester who was arrested with them, quite by accident, as the police mistook her for one of the pro-lifers.

She sat on the bus with these women literally trembling in fear. What would these evil women do to her?

They proceeded to share the love of God with her, and she received the Lord right there on the bus.

Let us keep these people in mind when we talk about abortion and pray to end abortion. They need the gospel too.

And let us continue to do our best to cultivate a culture of life, from the womb to the tomb. Multitudes of people will run towards the light of life.