Killing Babies From a Guy Who’s Killed His Brain Cells 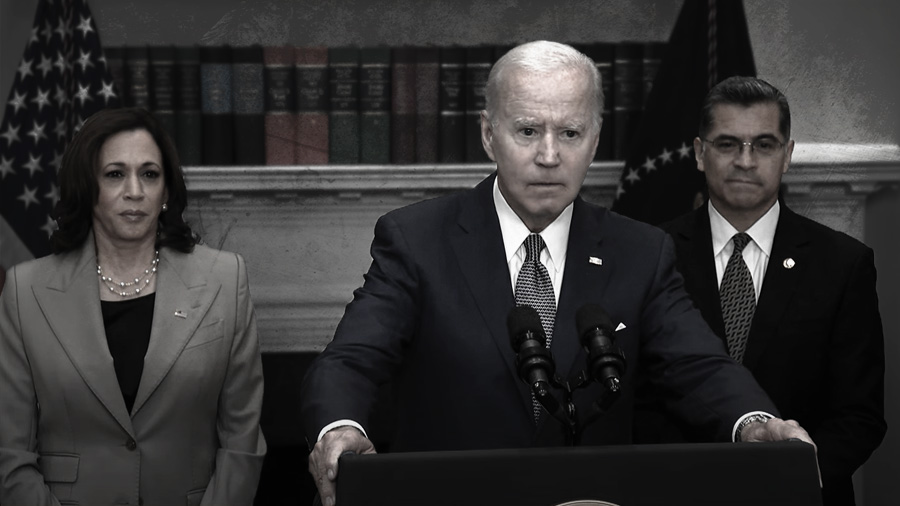 Tell me. What is a greater threat to democracy? Trump telling people to “peacefully or patriotically” protest or Biden telling the Supreme Court to go to ****?

On Friday, Biden announced an executive order designed to thwart the ruling of the Supreme Court in Dobbs. Abortion is up to the states, not the federal government, the third co-equal branch of government ruled after looking at the Constitution. “Well, I’m going to shove the federal government into it anyway, the heck with states rights,” Biden said, after looking at what his handlers wrote out for him. (Yeah, I’m paraphrasing.)

And yeah, whatever did come out of Biden’s mouth had nothing to do with what the once adamantly pro-life Biden might think.

While reading his remarks off the teleprompter Biden said “Repeat the Line” instead of repeating the line.

And he claimed a 10-year-old was forced to travel across state lines to “terminate the presidency.”

Biden claims a 10-year-old was forced to travel across state lines to "terminate the presidency." pic.twitter.com/S1KM6WSnTX

Joe Biden is mentally gone. And if his handlers have their way, so will millions of more precious children.

Standing behind Biden when he made the announcement were Vice President Kamala Harris and the smug Health and Human Services (Except Humans in the Womb) Secretary Xavier Becerra. Nothing can be more fitting. Two officials who are so deep in bed with the abortion mill industry they can share a pillow.

Planned Parenthood helped fund Harris’ run as California Attorney General, and she paid them back plenty. When David Daleiden went undercover to expose that Planned Parenthood was selling aborted baby parts, she slammed the full force of the state down onto him. Criminally charging the journalist for exposing criminal behavior. Daleiden told The Stream she personally met with Planned Parenthood in the weeks before he was raided.

When Becerra became Attorney General, he doubled down on trying to imprison Daleiden. He also persecuted the Little Sisters of the Poor … a bunch of nuns … for their pro-life beliefs. He’s also voted in support of sex-selective abortions.

And abortion up to birth? Why not? In his confirmation hearing, Becerra was asked by Sen. Steve Daines, “Could you name one abortion restriction that you might support?”

Twice he dodged the question, refusing to name even a single restriction he’d support. Chop up the children all you want. Sell the parts if you can. Try to stop it, I’ll put you in jail. Rule against it, I’ll ignore you.

And today, Becerra and Harris are standing behind an effort to nullify the third branch of government to ensure the slaughter of innocent children in the womb. Using a senile former pro-lifer as cover.