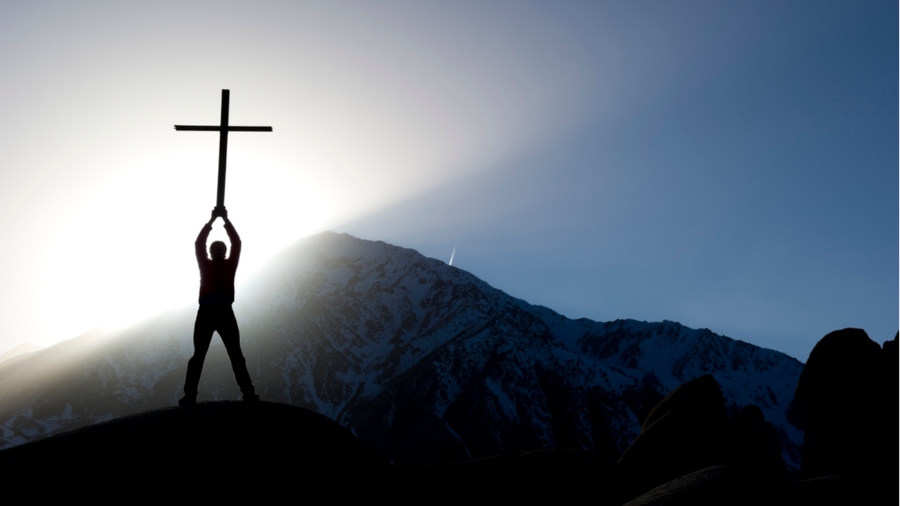 No matter how much God uses a man or woman and no matter how anointed and gifted they may be, we must always remember that there are no superstars in God’s kingdom.

There is only one shining star, and His name is Jesus. Everyone else, no matter how “great” they may be in the eyes of people, is merely a servant.

Of course, many believers, in their immaturity and carnality, idolize and glorify the instruments God uses. That is a shame, but not a surprise (although after a wonderful piano concert, people have the common sense to praise the pianist, not the piano).

But it is really surprising that many ministers of the gospel thrive on such adulation. Even worse, they actually cultivate it. What could possibly be more un-Christlike than that?

Exalting the Vessel Rather Than the Lord

In the early 1970’s, a pastor on the East Coast had an outpouring in his church. Soon he was drawing crowds from the neighboring towns and many were being saved. He decided to rent a big coliseum, seating as many as 20,000 people. Posters were made, advertising these “heaven on earth” meetings. Jesus, pictured as prominent and powerful, stood exalted over the coliseum. A little picture of the pastor appeared below. And when the meetings were held, the coliseum was filled. It was a great success.

A leading ministry out West heard about this pastor and began to counsel him. They told him to name his daily radio broadcast after himself instead of using the church name. And they gave him some advertising suggestions which he followed to a tee.

As a results, the second year, the advertising posters had a great big picture of the pastor standing over the coliseum, with a little Jesus standing below. The third year Jesus was nowhere to be found on the posters.

Hype moved in and the Holy Spirit moved out, and things quickly went downhill from there.

I kid you not. I saw all this with my own eyes. This man’s “ministry” even sent out a little pendant you could wear, inscribed with his own face.

Hype moved in and the Holy Spirit moved out, and things quickly went downhill from there.

Yet we repeat the same error again and again. God begins to move through a human vessel, and we exalt the vessel rather than the Lord. When will we ever learn?

When a Prophet Becomes Glorified

But there is something much more subtle. In the words of A. G. Gardiner, “When a prophet is accepted and deified, his message is lost. The prophet is only useful so long as he is stoned as a public nuisance, calling us to repentance, disturbing our comfortable routines, breaking our respectable idols, shattering our sacred conventions.”

Once he becomes accepted and glorified, he loses his cutting edge. How so?

In the beginning, he had no strings attached: “Here’s my message. I speak it in love and with a broken heart. I want you to receive it. But if you refuse, I’ll follow God anyway. I won’t stop preaching. I won’t compromise one bit.” He had nothing to lose!

But then he becomes popular. He establishes a huge following, enlarges his staff, expands his outreach, and greatly increases his income. Now he has a big budget! And now people are expecting something from him: “Serve us that meal we like so much!”

Then God says to him: “It’s time to change your emphasis. People are becoming comfortable with you. Your words are falling on deaf ears. And you’re getting sterile in your message. Go back to the cross!”

So, he obeys the Spirit and challenges the people, only now they don’t want to hear. His TV ratings drop. The income falls. His ministry machine begins to sputter. His empire begins to crumble. His staff is not getting paid.

Now he needs to spend all his time fund raising. He’s trapped!

But this does not only happen to “prophets.” It can happen to anyone in vocational ministry, from pastors to traveling evangelists.

Will we obey the Lord, at any cost? Or will we compromise our message to satisfy the crowds, and keep our ministry ship afloat? If we choose the way of compromise, one thing is sure: it is now our ministry rather than the Lord’s, and it will bear little, if any, eternal fruit.

Yet we glamorize almost every “prophet” we get, and the more “anointed” the speaker, the more we exalt them. Then, we polish them up and smooth off their rough spots (“balance” is the key!). We tone down their message just enough to make it enjoyably offensive (“Oh, he shoots straight! I like that.”), then we put them on TV (with play by play “highlights” of their worldwide exploits at the beginning of every show) and advertise them in brilliant full-color ads (with their “humble-but-oh-so-anointed” picture gracing the page).

“Show Yourself to the World”

Once, when Jesus was in Galilee and a major holy day was about to be celebrated in Jerusalem, His unbelieving brothers said to Him, “You ought to leave here and go to Judea, so that Your disciples may see the miracles You do. No one who wants to become a public figure acts in secret. Since You are doing these things, show Yourself to the world” (John 7:3-4).

They said this in mockery, trying to goad Him. Today this is the guiding philosophy of many a Christian ministry!

One well-known pastor came up with a striking logo: It was a drawing of the globe with a banner running across it, and on the banner was this man’s name (we’ll call it “John Doe Ministries”) encompassing the earth. How self-exalting can someone get?

This was his justification: People have already heard about Jesus, and they’re not interested. So, he’ll get people interested in his name, and then, when they are drawn to him, he can point them to Jesus. (Do I hear someone groaning?)

The Example of Paul

As Paul wrote to the Corinthians, who were so impressed with the superstar, false apostles, “For when one says, ‘I follow Paul,’ and another, ‘I follow Apollos,’ are you not being merely human?”

He continued, “What then is Apollos? What is Paul? Servants through whom you believed, as the Lord assigned to each. I planted, Apollos watered, but God gave the growth. So neither he who plants nor he who waters is anything, but only God who gives the growth” (1 Corinthians 3:4–7).

All eyes should be focused on the one who died for us and rose from the dead.

It’s clear that Paul had something many of us lack. He was an intimate soulmate of the Master. He was a sold-out fellow-laborer with the Lord. Jesus was his all in all.

Glorifying His Savior and God was his call. We will be blessed if we follow his lead.

To Think More of Numbers Than of Christ

Smith Wigglesworth knew what it was like to minister to huge crowds. But he was just as delighted — maybe more delighted — to pray for the sick in hospitals and homes after he finished preaching. He didn’t need an entourage with “bodyguards.” He was not too big for the people.

He would minister to an old dying widow just as he would minister to a king, and he would respond to a handwritten plea to come and pray for a demon-possessed boy just as he would respond to a formal request to preach in the largest church in the land. If it was God’s will, he would do it with joy. After all, his business was to do his Master’s bidding, not be someone great in the eyes of man.

As James A. Stewart noted, “The mightiest work the Holy Spirit did through Dwight L. Moody in Great Britain was in small groups of five or six hundred people, not in the large audiences of twenty and thirty thousand. One may well be afraid of the crowds. We cannot journey far with God unless we are saved from numbers. It is sadly possible to think more of numbers than of Christ, who in the days of His earthly ministry went, not only to the cities but to inconspicuous places, proclaiming the Word.”

He Alone is Worthy

Let us take heed to the words of the German pastor Helmut Thielecke who said that “the worship of success is generally the form of idol worship which the devil cultivates most assiduously.”

That worship of success, leading to the superstar syndrome, is often the servant’s greatest stumbling block and most subtle snare.

May all of us doing ministry work beware of this trap, being sure to exalt the Lord rather than ourselves. And may those receiving ministry be careful not to fall into the snare of making God’s servants into superstars.

All eyes should be focused on the one who died for us and rose from the dead. He alone is worthy of our adoration and worship.

Most of this article was edited and adapted from Michael L. Brown, From Holy Laughter to Holy Fire: America on the Edge of Revival, published in its first edition in 1995.