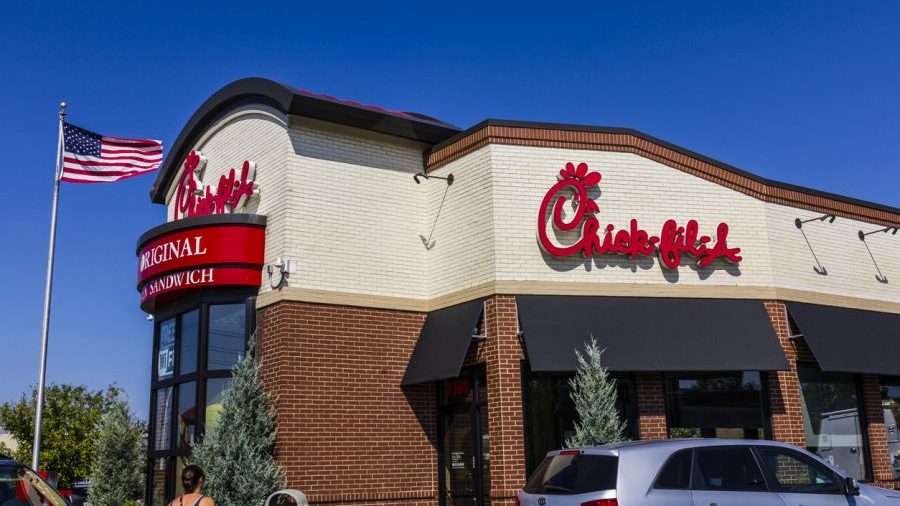 Nothing triggers a leftist faster than a Chick-fil-A sandwich.

That’s actually a sentence I lifted from my forthcoming book, “Culture Jihad: How to Stop the Left From Killing a Nation.”

And the most recent triggering happened at the University of Kansas where a number of aggrieved faculty members are demanding that a Chick-fil-A franchise be removed from campus.

“A bastion of bigotry,” the Sexuality & Gender Diversity Faculty and Staff Council wrote in a two-page letter to university leaders.

“The culture of Chick-fil-A fosters hate and discrimination on multiple levels,” they declared. “In short, Chick-fil-A on KU’s campus stands in direct contrast to the university’s mission of fostering a multicultural, inclusive environment.”

For the sake of full disclosure, I’m writing this column while eating Chick-fil-A nuggets and a delicious bowl of their new macaroni and cheese.

The faculty council accused the administration of “promoting inclusion and equity instead of hatred and intolerance” by relocating a Chick-fil-A outpost from the basement of a campus building to a “prime real estate” area.

“The arrival of Chick-fil-A in this building is insulting, counterproductive and unacceptable,” they wrote.

The faculty was even more aghast because Chick-fil-A is sponsoring the coin toss at KU football games.

They feared that such a prominent responsibility would “violate the feelings of safety and inclusion.”

Well, let me allay any safety concerns that the Sexuality & Gender Diversity Faculty and Staff Council might have about the beloved Chick-fil-A cows. They are docile creatures — almost domesticated.

Pardon me while I dip a nugget into the Chick-fil-A sauce. Sumptuous, indeed.

Katie Batza, an associate professor of women and gender studies, told the Kansas City Star that their protest is a serious matter.

Hundreds “are very upset about this,” she alleged. “My sense is that there will be hundreds who will boycott or protest.”

No doubt feathers have been ruffled.

The faculty council’s beef with the Atlanta-based company can be traced back to 2012 when the company’s chief executive officer told a reporter that he believed in the biblical definition of marriage.

They are also upset because Chick-fil-A has donated to a number of Christian charities like the Fellowship of Christian Athletes and Salvation Army.

Oh wow, that macaroni and cheese is really good.

“While many Christians are supportive of the LGBTQ community and many are members themselves, the culture of Chick-fil-A fosters hate and discrimination on multiple levels,” the faculty wrote.

The truth is I’ve fielded a number of telephone calls on my nationally-syndicated radio show from LGBT listeners who love Chick-fil-A.

And let me drop another truth bomb as I drink my Chick-fil-A sweet tea. The company has never been accused of discriminating against the LGBT community.

KU’s College Republicans have launched a petition to defend the nation’s most popular fast food chain. And they plan to serve Chick-fil-A at their first meeting of the semester.

The Star reports that opponents may have to wait until 2024, when the restaurant’s contract is up for renewal.

Todd Starnes is an American conservative columnist, commentator, author and radio host. His new book, out September 10, is Culture Jihad: How to Stop the Left from Killing the Nation. Click here to pre-order.