Baseless Hatred is Destroying Our Nation 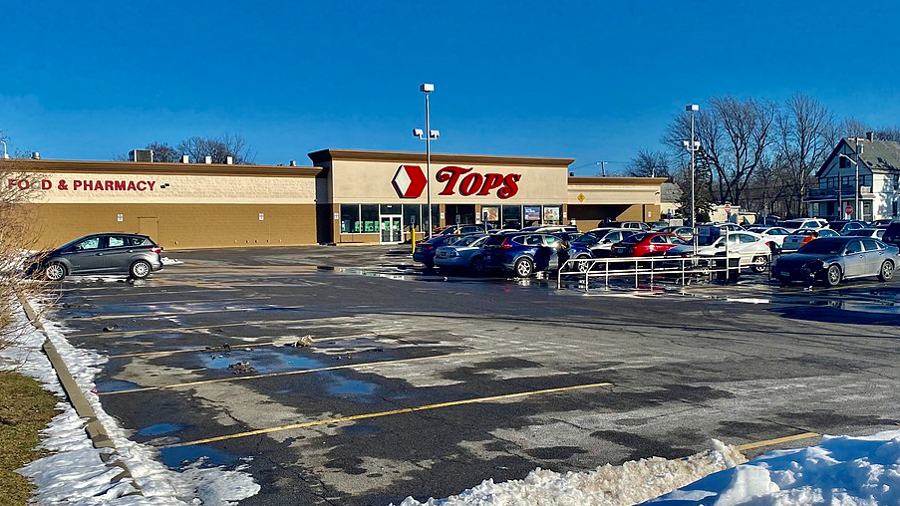 The Tops supermarket on Jefferson Avenue in the Cold Spring section of Buffalo, New York, as seen on a February 2022 afternoon. It became the scene of a massacre on May 14.

This past Saturday, an 18-year-old white man went on a murderous rampage in a market in Buffalo, motivated by hatred towards blacks and others. Then, on Sunday, a Chinese man entered a Presbyterian church and killed one and wounded others, motivated by his hatred of Taiwan. And last month, a black man shot and injured 29 subway riders in New York City, motivated by racial hatred as well. Baseless hatred is destroying our nation.

The Talmud states, “Due to what reason was the First Temple destroyed? It was destroyed because three matters existed in the First Temple: idol worship, forbidden sexual relations and bloodshed.”

These are serious sins, all worthy of divine judgment. And so, because these spiritual and moral violations were so prevalent, the Temple was destroyed.

But what about the Second Temple?

The Talmud continues, “However, in the Second Temple period the people were engaged in Torah study, observance of mitzvahs, and acts of kindness, so why was the Second Temple destroyed? It was destroyed due to the fact that there was baseless hatred during that period. This comes to teach you that the sin of baseless hatred is equivalent to the three severe transgressions: idol worship, forbidden sexual relations and bloodshed.” (Yoma 9b)

Seriously? Baseless hatred is that bad?

And so, the cycle continues and the inflaming of hatred grows deeper.

Jesus Himself was the victim of baseless hatred, explaining to His disciples that He was “hated without a cause” (John 15:25, with reference to Ps. 35:19; 69:4). And that hatred led to His rejection and crucifixion.

It was baseless hatred that was behind the Christmas parade massacre of whites in Waukesha. And the shooting of Republicans at a baseball game in DC. And the slaughter of Hispanics at a Walmart in El Paso. And the murder of blacks in a church in Charleston. And the killing of Jews in Jersey City.

Baseless hatred is leaving a horrific trail of blood in its wake.

Some Politicians Fan the Flames

Yet every day, in the most irresponsible ways, political leaders, news outlets and talking heads in the media are flaming the fires of racial and ethnic hatred. Worse still, many of them are doing this for the purpose of political gain or viewer ratings.

This is as deplorable as it is sick.

On May 15, Glenn Greenwald posted a lengthy article titled, “The Demented — and Selective — Game of Instantly Blaming Political Opponents For Mass Shootings,” The article’s subtitle read, “All ideologies spawn psychopaths who kill innocents in its name. Yet only some are blamed for their violent adherents: by opportunists cravenly exploiting corpses while they still lie on the ground.”

He did not overstate his case in the least, carefully documenting the points he was making. Without question, the constant exploitation of these terrible crimes for political purposes is absolutely inexcusable.

And while his focus was on the left’s habit of using these tragedies for political gain, further fanning the flames of hatred in the process, the indictment can be broader still: there is way too much irresponsible and inflammatory rhetoric from all sides of the political spectrum.

With good reason Greenwald ended his article with these sobering words: “The distinction between peaceful advocacy even of noxious ideas and those who engage in violence in the name of such ideas is fundamental to notions of fairness, justice and the ability to speak freely. But if you really want to claim that a public figure has ‘blood on their hands’ every time someone murders in the name of ideas and ideologies they support, then the list of people you should be accusing of murder is a very, very long one indeed.”

Perpetuating the Problem of Demonizing Whole Swaths of People

Well said, and worthy of consideration.

In another article, I plan to explore more fully how politicians and news outlets are demonizing whole swaths of people in the aftermath of the Buffalo massacre.

To cite one case in point, a Rolling Stone headline announces, “The Buffalo Shooter Isn’t a ‘Lone Wolf.’ He’s a Mainstream Republican.” Yes, “The right-wing extremists who control the modern GOP are all gripped by a racist delusion. The shooter is just the latest to act on it.”

And so, the cycle continues and the inflaming of hatred grows deeper. Rolling Stone makes baseless, reckless and hateful accusations, which further angers those falsely accused, deepening their own sense of hatred. When will all this stop?

Hatred will always be here on this planet, as long as sinful human beings exist. But it is a crime against humanity to be part of the problem rather than part of the solution.

We can have our strong convictions. We can put our stakes in the ground and stand for what we believe to be right.

But we must not respond to hatred and lies with our own hateful rhetoric. Instead, in the words of Paul, “Do not be overcome by evil, but overcome evil with good.” (Romans 12:21)

Let the baseless hatred stop with us.