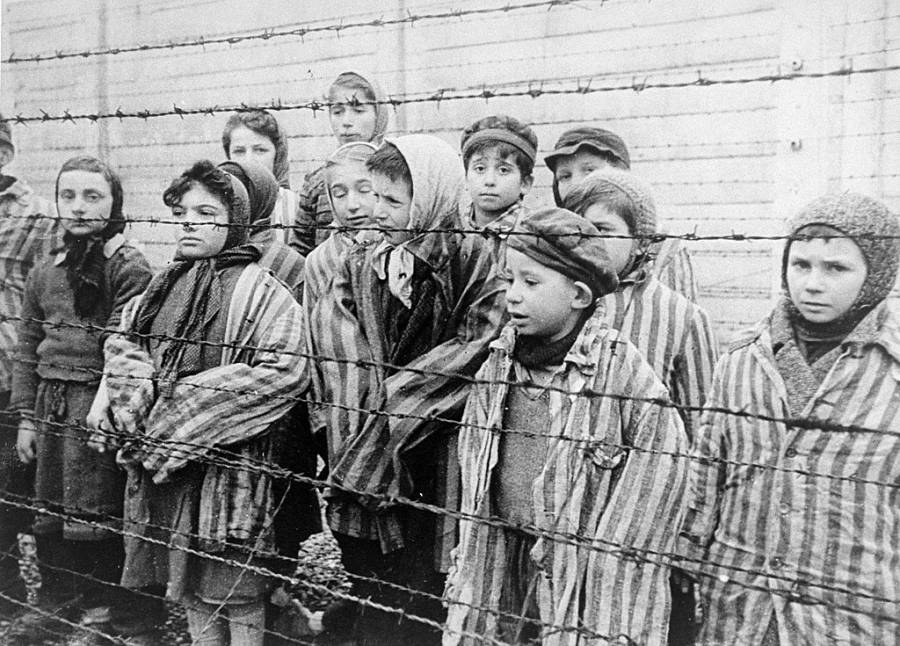 Despite decades of efforts to educate and warn, and despite the constant refrain of “Never forget,” much of Europe no longer remembers the Holocaust. Worse still, in some parts of Europe, it is dangerous for Jews to live as Jews.

The article cites these sobering words from Ronald Lauder, president of the World Jewish Congress: “Shame on us,” he said. “These survivors rebuilt lives. These survivors came out … and they never believed that their children and grandchildren would suffer from anti-Semitism the way they did.”

Sadly, “We have allowed the world again to have anti-Semitism.” Then, with reference to Elie Wiesel, “He told me the ‘opposite of love is not hate, it’s indifference.’ What we have today in the world is indifference.”

Last week, it was reported, “A new survey claims the Holocaust is receding in collective memory, as few Americans know the death toll of Jews.”

According to the Pew Research Center report, “What Americans Know About the Holocaust,” only “45 percent of almost 11,000 Americans surveyed didn’t know the Nazis killed 6 million Jews during World War II.”

A 2019 survey indicated that, “Most Austrian adults do not know 6 million Jews were killed in the Holocaust.”

Only “58% said the Holocaust referred to the extermination of the Jewish people,” while “56% did not know 6 million Jews had been killed in the Holocaust; 10% said around 100,000 Jews were killed.”

Not only so, but, “While 98% of respondents were familiar with Adolf Hitler, the chancellor of Nazi Germany, only 51% knew Adolf Eichmann, an Austrian who was one of the main organizers of the Holocaust.” And “21% did not know Hitler originally came from Austria; only 14% knew Eichmann was Austrian.”

Antisemitism on the Rise

All this, however, pales in light of the rising tide of European antisemitism.

A headline from Germany one year ago announced, “German Jewish leader decries anti-Semitism in Europe.” Yes, “The former head of the Central Council of Jews in Germany told EU lawmakers that anti-Semitism was resurfacing in Europe. She singled out the UK Labour Party’s leader, Jeremy Corbyn.”

Underscoring the urgency of the warning was the fact that it came from 86-year-old Charlotte Knobloch, herself a Holocaust survivor.

Indeed, “Insults and attacks against Jews — both physical and online — have become ‘a daily occurrence,’ says Berlin’s foreign minister, calling for tougher action across Europe.”

A daily occurrence! And in Germany, no less.

Shockingly, “Almost one in two Jews has considered leaving Germany, [Foreign Minister Heiko Maas] said, a country that has long taken pains to confront its Nazi past.”

For several years now, religious Jewish men have been afraid to wear a yarmulke (or, in Hebrew, kippah) in Germany. Last year, a German official warned, “I cannot advise Jews to wear the kippah everywhere all the time in Germany.”

Such is the growing, antisemitic sentiment in that country.

Heiko Maas also claimed that, “Research had shown that ‘a third of young Europeans indicated knowing little to nothing about the Holocaust.”

So, it is not just Austria that is forgetting. Many young Europeans have never even learned.

And in the midst of this ignorance and apathy, fresh hatred rises, some of it carried by Islamic immigrants, who have their own antisemitic history.

Last July, the New York Times reported that, “France has a painful history of anti-Semitism, with its worst hours coming in the 1930s and during the German occupation in World War II. But in recent months, an impassioned debate has erupted over how to address what commentators are calling the ‘new anti-Semitism,’ as Jewish groups and academic researchers trace a wave of anti-Semitic acts to France’s growing Muslim population.”

And a November, 2019 article in National Geographic was devoted to the subject of, “Why French Jews Are Leaving France,” noting that “French Jews are fleeing the country.”

Writing in The Spectator earlier this month, Gavin Mortimer asked, “How long until there are no Jews left in France?” He noted, “Two years ago I wrote on this platform that France is the most ‘dangerous European country for Jews’ – and so it remains.

“Anti-Semitic attacks in 2018 soared by 74 per cent on the previous year and the figures for the beginning of 2019 have revealed a 78 per cent increase on the same period in 2018.”

As for England, last June, the Jerusalem Post carried this shocking headline: “Jewxit: Could 300,000 Jews flee the UK?”

The article claimed that “1 in 3 British Jews have considered leaving the UK due to rising antisemitism.”

What Happens When They’re Gone?

And on and on it goes, even as Holocaust survivors are still here to tell their stories firsthand. What will happen when they are gone?

On the 75th anniversary of the liberation of Auschwitz, where more than 1 million Jews were slaughtered, this is a moment for sober reflection.

Let the world be warned! Antisemitism is thriving in Europe again.