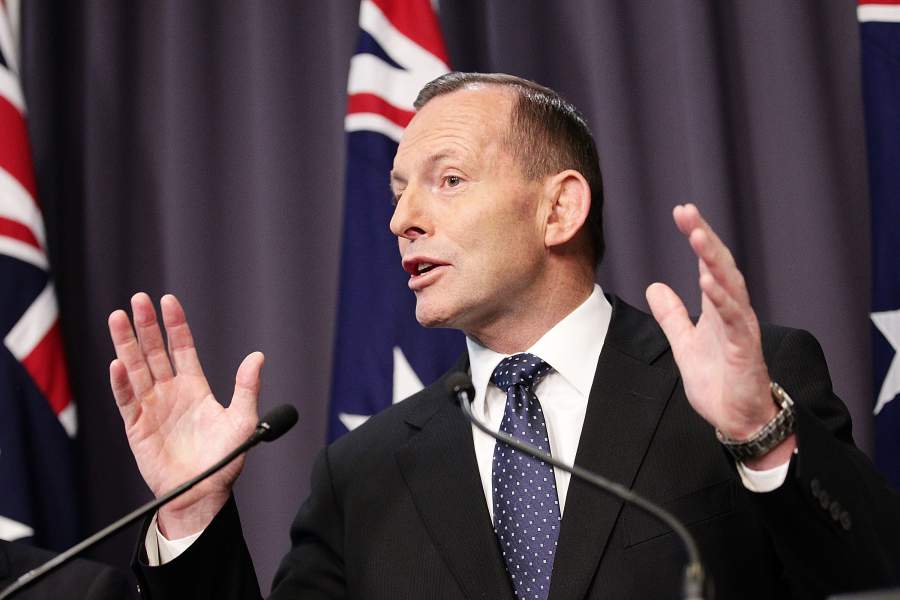 Same-sex “marriage” is dead in the water in Australia until a Federal election sometime next year.

Facing intense pressure from supporters from within his own Liberal Party for a conscience (or free) vote, Prime Minister Tony Abbott acted decisively to defuse the issue. He called a snap meeting of Liberal and National Party members of Parliament on Tuesday to debate whether the Coalition should redefine marriage.

The marathon discussion took place behind closed doors, but Mr Abbott said that about 60 MPs supported the status quo, while 30 favoured a conscience vote. Troy Bramston, a journalist with The Australian, tweeted that the tally was 48 out of 78 Liberals backing the existing position and 18 out of 21 Nationals.

Mr Abbott said that this is the last time that MPs will be bound by Party policy. The next time the issue is considered, there will be a Party conscience vote, a plebiscite or a constitutional referendum.

I’ve come to the view, I believe this is the party room view, that this is the last term in which the Coalition party room can be bound, although we will definitely maintain the current position for the life of this term.

Australia is now the last large Western English-speaking country which has not legalized same-sex “marriage” — largely thanks to Tony Abbott. Powerful figures within his own party support it and there has been intense pressure in the media. But he has stood firm, convinced personally that it is not ethical and politically that it is not popular with voters.

The possibility of a referendum puts pressure on opponents to make a convincing case. There’s not much time — about a year — before the next election is called.

The outcome is hard to predict. Much of the media is clearly biased. Two TV channels have refused to air an innocuous commercial asking voters to think about the consequences of legalization. Most journalists — print, on-line and broadcast — start from the assumption that opponents are religious bigots. Polls suggest that most voters favor same-sex “marriage”.

However, the polls may not reflect what voters feel. The often-cited figure of 72 percent in favor was commissioned by Australian Marriage Equality and is more than 12 months old. Even this poll found that only 48 percent were strongly in favour. Earlier this week a Sexton Marketing poll that found same-sex “marriage” ranked 13th of the political issues people were most concerned with. Worries about jobs and the economy could swamp the leaky boat of “marriage equality”.

Lyle Shelton, of the Australian Christian Lobby, says that voters want more information before making up their minds.

ACL has been calling for a more mature debate and it is good to see public discussion emerging that now recognizes there are serious consequences to freedom of conscience and children’s rights,” he said.

There are millions of Australian’s of ethnic background, faith and no faith who will never accept a politician-imposed redefinition of marriage. These people are not bigots or homophobes, they just want to always be free to publicly express their views.

The argument that all children need a mother and a father seems to be striking a chord with voters. If given enough time, it could make the “love can’t be stopped” rhetoric of supporters seem narcissistic and tacky. Opponents have begun to describe a child’s right to a mother and a father as something “novel” and “impossible to guarantee”. How will that go down in the Western suburbs of Sydney?