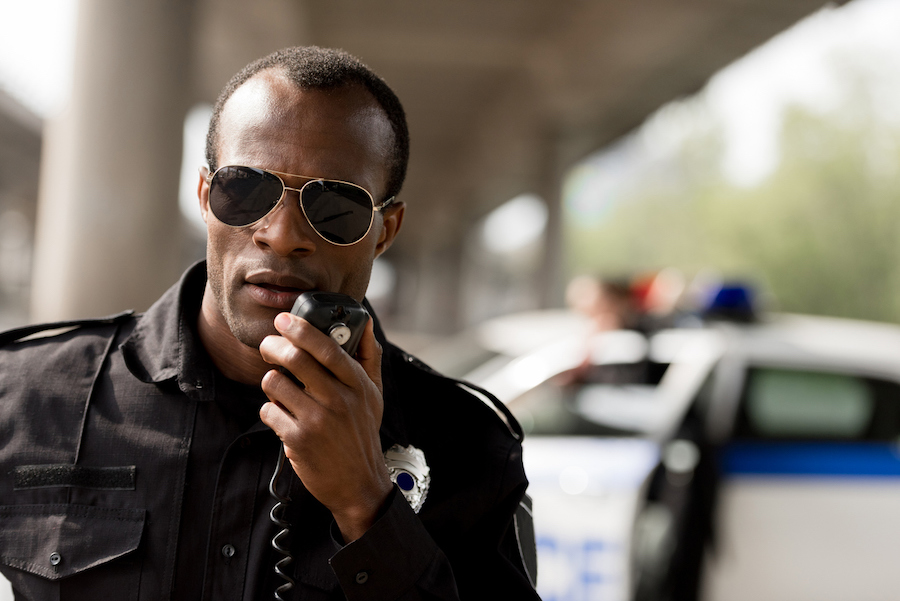 From water being dumped on cops to politicians dumping on ICE, from targeted police assassinations to turning cop shooters into local heroes, the assault on America’s law enforcement seems to becoming more brazen by the month. The consequences are deadly, with dark implications for public safety.

Earlier this month, an active shooter targeted police officers in Philadelphia, wounding six. The shootout started after police attempted to serve a warrant at a multi-family housing development, reportedly for a drug-related crime. The suspect was a criminal with a very long rap sheet, and was looking to avoid arrest. The reaction of the neighborhood he had been brutalizing with his crimes, and was now spraying with bullets was stunning. Even as the bullets flew and the officers fell, a crowd of people adjacent to the closed off area jeered and taunted the police. One video showed a woman shoving an officer as he walked through the crowd. Others yelled and threw objects at police as they entered the barricaded area.

Last month, bands of New Yorkers taunted and threw water at police officers in Harlem, Brooklyn and the Bronx.

DISRESPECT: This is what #NYPD Officers are faced with today. Petrified to take action. #BlueLivesMatter @NYCMayor @BilldeBlasio @NYPDnews @NYPD73Pct pic.twitter.com/VRpVKBS5Jb

Disrespectful. Disheartening. Demoralizing. How can an officer do effective community policing in a community throwing water and taunts at them? They can’t. And the community will suffer.

Another sign of the stress along the Thin Blue Line: On August 15th, a 25-year veteran of the NYPD committed suicide. He was the 9th NYPD suicide this year.

Groups like Black Lives Matter and far left politicians have drummed up hatred of the police. Patrick Lynch of the NYC Police Benevolent Association, the largest NYPD union, called the politicians out. “Our anti-cop lawmakers have gotten their wish: the NYPD is frozen,” Lynch said in a statement. “It’s not the fault of these police officers. It’s the end result of the torrent of bad policies and anti-police rhetoric that has been steaming out of City Hall and Albany for years now. … We are approaching the point of no return.”

Former NYPD chief Louis Anemone blamed NYC Mayor Bill DiBlasio for allowing the recent attacks to happen. He said he doesn’t have their back. “He has not taken the lead for security, for public security, and for supporting the police. He’s been behind, way behind.”

“These actions are a result of Democrat politicians spouting anti-police rhetoric to gain cheap political points.”

After the shooting of Sterling, a black man in Baton Rouge, whose death was caught on video, a shooter killed three police officers. Ambush killings of police officers reached a 10-year high in 2016.

Black Lives Matter ignited with the 2014 death of Michael Brown in Ferguson, Missouri. The story was Brown had been deliberately gunned down by a white cop, while pleading “Hands Up, Don’t Shoot.” Riots ensued. Yet even an Obama Department of Justice investigation determined this was a lie. Eyewitnesses and every single investigation has shown Brown came at the officer and the shooting was justified. And yet, just this month, both Kamala Harris and Elizabeth Warren marked the 5th anniversary of the Ferguson riots by repeating the “Hands Up Don’t Shoot” fiction that Brown was “murdered.”

Truth is another casualty in the war against law enforcement. Ask the officers in ICE.

ICE is also under siege. Democrats have hyped up the rhetoric regarding immigration enforcement, referring to “concentration camps,” “Gestapo tactics,” and “children in cages.” The hostility is not coming from just activists. It’s coming from Democratic candidates for the presidency. It’s not just words.

Last summer, Deputy Secretary of Homeland Security Claire Grady warned employees they were under “heightened threat” based on “specific and credible threats that have been leveled against certain DHS employees and a sharp increase in the overall number of general threats against DHS employees.” That threat has come to pass.

Developer Sam Lavigne scraped LinkedIn for profiles of people who work for ICE, then posted their information publicly, known as doxxing. Antifa took it one step further, posting their home addresses as well. Nathaniel Amirite tweeted, “It’s the public’s right to know the faces of the gestapo and who is creating, enforcing, and filling concentration camps in our name.”

Daniel Bible, ICE San Antonio field office director, says the “disturbing public discourse shrouds our critical law enforcement function and unnecessarily puts out officers’ safety at risk.” On August 14, shots were fired at his San Antonio ICE office and at a nearby facility housing an ICE contractor. Thankfully no one was injured.

In July, ICE was targeted with a terrorist attack. An Antifa-connected activist named Willem Van Spronsen went to the Northwest Detention Center, the holding facility for ICE in Tacoma, Wash., armed with a rifle and incendiary objects. He “tossed lit objects at vehicles and buildings, causing one car fire, and unsuccessfully tried to ignite a propane tank.” A friend of Van Spronsen described him as an anarchist and anti-fascist, saying he intended to provoke a fatal conflict.

The irresponsible rhetoric by activists and politicians is encouraging the attacks on law enforcement. Local police and ICE are here to serve and protect. Just because there is an occasional bad apple in a police department, or a black man provokes the police, resulting in injury to himself, does not justify the attacks. Without the police, there would be anarchy. The police are the good guys.

Law enforcement agencies are having a hard time staying fully staffed with officers because fewer people want to go into a profession where they will face an increasing hostility and violence. And decreasing support from local and national leaders. Sadly, with fewer police officers, crime will go up.