As Law, Roe Was a Bad Ruling That Always Had to Go 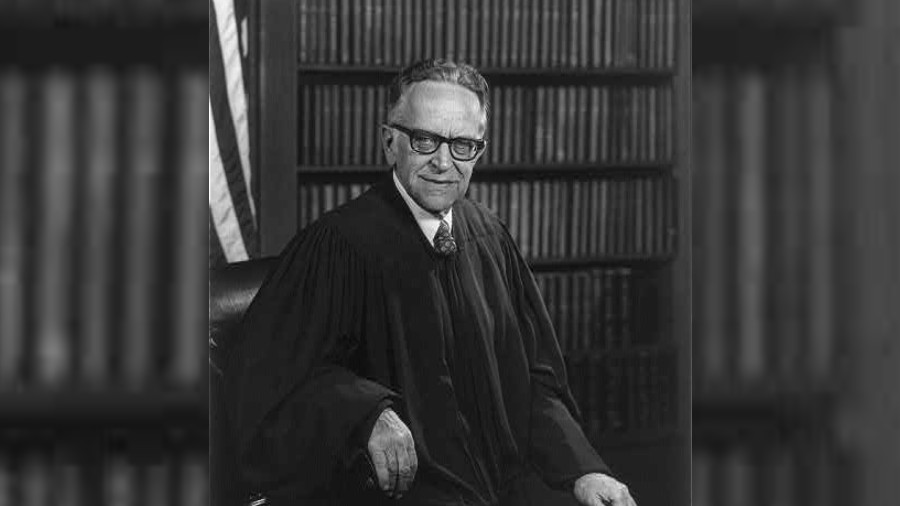 Despite being reinforced and even expanded by the Casey decision of 1992, Roe was a bad ruling by the Supreme Court that simply had to go. It had no legal ground on which to stand and no Constitutional logic behind it. That’s why few, if any, pundits are challenging Justice Alito’s legal reasoning in dismantling Roe. That’s also why late last year, Mississippi Attorney General Lynn Fitch openly targeted Roe in conjunction with the Court agreeing to hear the Dobbs case.

As Fitch wrote in a November 28, 2021 op-ed for the New York Times, “On Dec. 1, we will make the case to the Supreme Court for overturning Roe v. Wade and returning decision-making about abortion policy to the people. We recognize the magnitude of what we are asking. But the reason it represents such a monumental change is because almost 49 years ago the court put political intuition above sound legal reasoning and reached a conclusion in Roe utterly unsupported by the Constitution or the court’s own jurisprudence. It is time to correct that mistake.”

One of my colleagues, a pro-life leader with decades of experience, was concerned when he first heard this news. Did the AG really want to put all her cards on the table? Wouldn’t it be better for the court to uphold Dobbs and then, on its own initiative, overturn Roe?

But when he read Fitch’s case in full, he said to me, “Mike, this is brilliant. Fitch’s arguments are strong.”

The reality is that Roe had been waiting to fall for years since it had so little legal support.

Writing for the National Review on May 17, 2021, Kevin D. Williamson opined, “Of course the Supreme Court should take the first opportunity to throw out Roe v. Wade. It is an indefensible decision and always has been.”

Roe is a bad legal decision not because of any moral question related to abortion but because it is bad law. The Constitution does not say anything about abortion one way or the other, and it does not contain any provision that could reasonably be interpreted as mandating abortion rights or prohibiting abortion. The Constitution has no more to say about abortion than it does quantum physics. And the Founding Fathers knew where babies come from — if they had wanted to put something in the national charter relating to pregnancy, they could have done so.

But it was not just conservative writers like Williamson writing on conservative sites like the National Review who held these opinions. Such sentiments were held by many liberal pundits as well.

Writing for the Los Angeles Times, hardly a conservative news outlet, David G. Savage stated on May 3, 2022 that, “Roe vs. Wade, the Supreme Court’s best-known decision of the last 50 years, is also its most endangered precedent.”

Like Williamson, he noted that, “In Roe, the justices announced a broad new constitutional right to abortion that is not explicitly found in the words or the history of the Constitution.”

And then this clear, even searing indictment:

Justice Harry A. Blackmun, who authored the long Roe opinion, included the medical history of abortion, citing the views of Persians, Greeks and Romans, and quoting two versions of the Hippocratic oath and early English authors dating to the 13th century.

He did not, however, quote a provision in the Constitution that protected abortion rights.

But of course. No such provision is found in the Constitution anywhere, based on any honest reading.

That omission is cited in the draft opinion currently being circulated by conservative justices as they prepare to overturn Roe.

“The Constitution makes no reference to abortion and no such right is implicitly protected by any constitutional provision,” Justice Samuel A. Alito Jr. wrote in a draft published Monday by Politico. He added that Roe’s “reasoning was exceptionally weak.”

The argument, of course, is that the right to abortion is found in the 14th Amendment’s Right to Privacy, which reads (in part), “No state shall make or enforce any law which shall abridge the privileges or immunities of citizens of the United States; nor shall any state deprive any person of life, liberty, or property, without due process of law; nor deny to any person within its jurisdiction the equal protection of the laws.”

Worse still, as Savage noted, “When the 14th Amendment was adopted in 1868, abortion was illegal in three-fourths of the states. In 1973, when the court decided abortion was a ‘fundamental’ personal right, 46 states prohibited most or nearly all abortions.”

Obviously, the framers of the 14 Amendment did not have abortion in mind as a protected right.

That’s why, Savage noted, “Even some prominent scholars who supported legal abortion derided the court’s opinion.”

Among these scholars was Ruth Bader Ginsburg, claiming that “the court ventured too far in the change it ordered.”

As pointed out by Susan E. Wills, Esq., on a Catholic website in 2003, there was large scale agreement that Roe was a bad ruling, including:

Virtually every recognized constitutional scholar who has published a book or article on Roe – including many, like Harvard’s Laurence Tribe, who support Roe’s outcome on other grounds (although he’s switched grounds over the years). Yale Law School professor John Hart Ely spoke for many when he stated: Roe v. Wade “is bad because it is bad constitutional law, or rather because it is not constitutional law and gives almost no sense of an obligation to try to be.”

Added to this list was “Edward Lazarus, a former law clerk to Roe’s author, Justice Harry Blackmun, who writes:

As a matter of constitutional interpretation and judicial method, Roe borders on the indefensible. I say this as someone utterly committed to the right to choose, as someone who believes such a right has grounding elsewhere in the Constitution instead of where Roe placed it, and as someone who loved Roe’s author like a grandfather.

Willis even claims that, even in its historical arguments, quite apart from the Constitution, “the Court misrepresents the history of abortion practice and attitudes toward abortion.”

For good reason Ryan Anderson and Alexandra DeSanctis posted an article on Newsweek on June 24, 2022, titled, “Roe Was Wrong the Day it Was Decided. The Supreme Court Did The Right Thing.”

It really is that simple, regardless of one’s views about abortion.