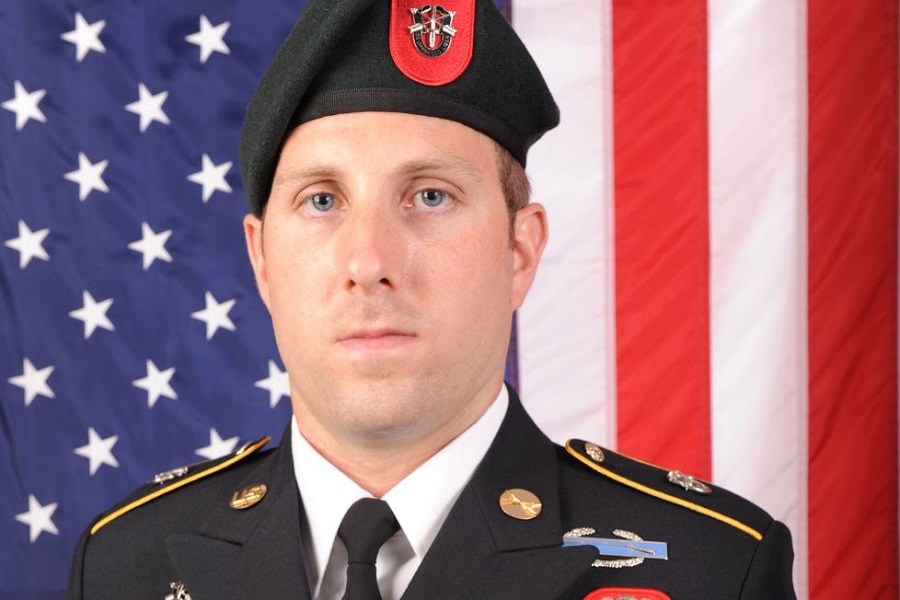 U.S. Army Sgt. 1st Class Michael J. Goble, 33, of Washington Township, New Jersey, died December 23, 2019, as a result of injuries sustained while his unit was engaged in combat operations the day before in Kunduz Province, Afghanistan.

Another American hero made the ultimate sacrifice for our country this week during the ongoing war in Afghanistan.

Military.com reports that SFC Goble was on his eighth combat deployment since joining the Army in 2004. “His many deployments included missions in Argentina, Guatemala, Colombia and South Korea, as well as two previous deployments to Afghanistan,” Hope Hodge Seck wrote, citing U.S. Army Special Operations Command.

Years of intense preparation are required to become an elite Special Forces soldier. Goble not only completed that training, but subsequently earned multiple Bronze Star awards as a Green Beret.

The soldier is the 24th American to die as a result of the war in Afghanistan this year, according to icasualties.org. The Taliban has claimed responsibility for the December 22 attack on Goble’s unit, which is being investigated by the Pentagon.

“We will honor our brother’s sacrifice and provide the best possible care to his family,” U.S. Army Col. John Sannes said in a public statement. “We ask that you keep his family and teammates in your thoughts and prayers.”

A Call for Prayer

Every week, The Stream calls on all Americans to pray for our troops and pay attention to their sacrifices. That call becomes louder and even more urgent after the tragic events of this holiday week.

As I tweeted on Monday, a military family just received the worst possible news less than three days before Christmas. Like the story of a courageous Army widow who lost her husband on Christmas Day eight years ago, the Goble family is experiencing unimaginable pain.

“Everything we were planning was gone in a moment’s notice,” Nikki Altmann told me less than six months after her husband, Sgt. Joseph Altmann, was killed in Afghanistan on December 25, 2011.

Please join me in praying for those who have made it possible for Americans to enjoy a relatively peaceful and safe holiday. From the Altmanns to the Gobles, we also ask God to reach out and comfort the Gold Star families who have paid the ultimate price for liberty.

“Thanks be to God for His indescribable gift,” 2 Corinthians 9:15 reads. That is exactly what U.S. Army Sgt. 1st Class Michael Goble, U.S. Army Sgt. Joseph Altmann and more than 7,000 other departed warriors have given to their country since 9/11.

For the 19th straight year, there is a war on Christmas. It’s not being fought in department stores or on cable news, but in the mountains and sands of faraway places that too many politicians, journalists and citizens choose to ignore.