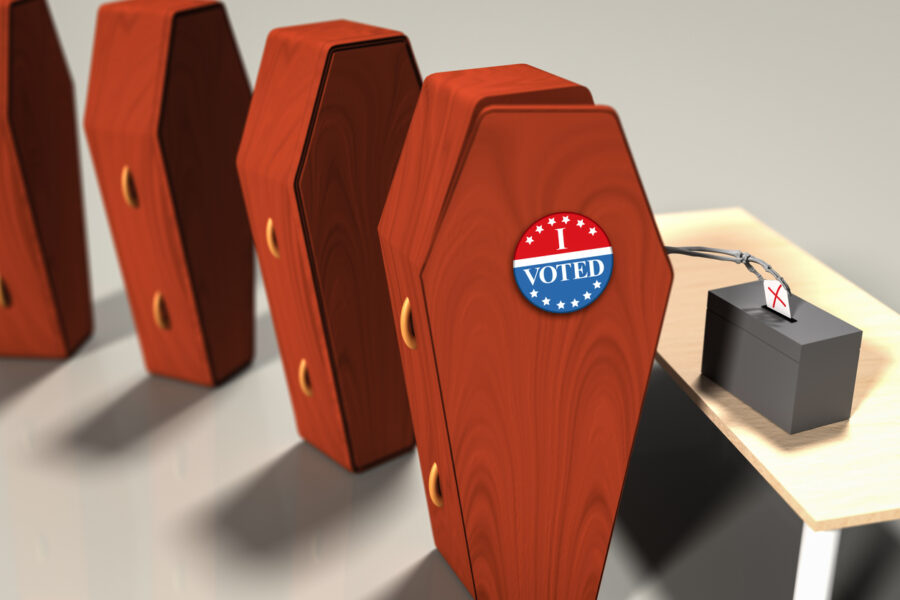 I haven’t been covering all the twists and turns in the Maricopa County, Arizona, 2020 election audit, but just to bring you up to date in a nutshell: Democrats are throwing everything they’ve got including the kitchen sink at the audit to try to stop it, all while continuing to insist there’s “NOTHING TO SEE HERE!! SO STOP LOOKING!!” It’s not at all suspicious behavior.

Forced a Stop to Signature Verification

They kept pressing legal challenges until they got the Senate Republicans to agree to stop checking the ballots for signature matches, on the claim that this might somehow intimidate voters and suppress the vote. I don’t understand what that means: the ballots were already cast six months ago, so they’re not going to be suppressed.

Are they now arguing that not only are minorities incapable of obtaining an ID, they also can’t write their own names? They actually compared this to impossible Jim Crow-era “literacy tests,” as if those were in any way comparable to simply requiring someone to scratch a personal mark on a ballot envelope.

Dominion Voting Machines is defying a Senate subpoena and refusing to hand over the passwords to their machines, which seems to imply that they are the ones in charge of the county’s vote and not the county’s election officials.

The local officials are also refusing to hand over router information as ordered by a judge, claiming it would endanger law enforcement and threaten citizens’ privacy because the same routers used in the election also are used for police and many other agencies. So they argue that it would endanger people’s privacy and security to let the Senate’s auditors see routers that they let dozens of other agencies use routinely. Makes sense to me!

Getting Biden’s DOJ Involved. No Conflict of Interest There

And since the local Democrat media and politicians, and all the imported lawyers and activists, haven’t been able to stop Arizona’s leaders from holding an open and transparent audit of the vote live-streamed in front of the world, now the Biden “Justice” Department is horning in to try to stop it, citing hypothetical violations of federal law. Hey, wait: I thought that even the suggestion that local election officials would ever violate federal law was treasonous and insurrectionist.

The writer of that linked article makes a very good point: at first, he thought this was a pointless exercise that wasn’t going to turn up anything. But now that he’s seen how desperate the Democrats are to prevent it from going forward, he’s really eager to learn what they might find. On the Internet, loud complaining about privacy that only draws more public attention and curiosity is known as “the Streisand effect.” How appropriate that it’s named after one of America’s most famous and outspoken Democrats.

PS – Here’s an update on the audit from Arizona’s GOP Chairwoman: