Ari Fleischer is Wrong — the Media Are, in Fact, Your Enemy 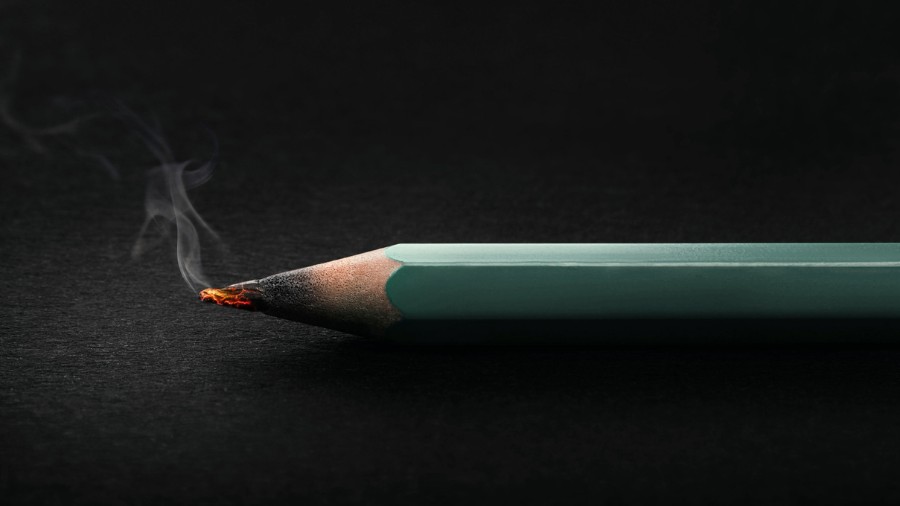 In promoting his new book Suppression, Deception, Snobbery, and Bias: Why the Press Gets So Much Wrong — And Just Doesn’t Care, the former White House Press Secretary writes the following: “The press is not the enemy of the people, but they are their own worst enemy. And they’ve done this to themselves.”

The media are, in fact, your enemy. And mine. And ours.

As I will argue in a forthcoming book, the American media is now the equivalent of the Stasi, the diabolical East German secret police who acted like a violent criminal gang under communism. The Stasi engaged in violence, threats, and lies to make people turn on friends and family members, all in the service of creating some absurd socialist utopia.

The American press today is no different.

Suppression, Deception, Snobbery, and Bias is loaded with facts and figures. It’s the stuff everyone knows: the media suppress stories that don’t fit their narrative, promote stories that do, and cheerlead for leftism at every chance they get. They only hire other liberals to work at their TV stations and newspapers, and they get most things wrong. Fleischer observes this:

Remember when the press told you the Steele dossier might be true? Or that President Trump removed blue mailboxes from street corners so he could steal the 2020 election? Or that Russia paid bounties to kill U.S. troops in Afghanistan? Or that COVID could not possibly have originated in a Chinese lab? Or that Melania Trump turned the Rose Garden into a neofascist parade ground? Or that Nicholas Sandmann was a thug and Kyle Rittenhouse a white supremacist? Each of these is wrong. Each was reported by the mainstream media.

If I were Kyle Rittenhouse or Nicholas Sandmann, I would very much consider the media my enemy.

When They Came for Brett and For Me

Like those two, I personally have good cause to consider the press the enemy.

As I have written about on The Stream, in the fall 2018 the political left and the media tried to destroy Brett Kavanaugh, a high school friend of mine. The left and their media flunkies used opposition research, extortion threats, and an attempted honey trap. A woman named Christine Blasey Ford accused Brett of sexually assaulting her in 1982 when we were all in high school. Ford claimed that I was in the room when it happened.

Our Stasi media told the public that I’d presided over 10 gang rapes and bought and sold cocaine. They used as sources people I’ve never met.

A System of Lies for Grabbing Power

The media are not a flawed but tolerable part of American democracy.

The media are my enemy. And yours. And ours.

The media are the Stasi.

This is not something that is hard to grasp for most Americans, who still live their lives according to some kind of honor code. Someone who hurts you or your family by making an honest mistake and who shows contrition for it is not your enemy, but a sinner.

Someone who vomits lies about you in order to destroy your life? That is your enemy.

Ronan Farrow, the redoubtable gay smear artist from The New Yorker, called me in early September 2018 and accused me of taking part in “sexual misconduct” in “the 1980s.” Farrow couldn’t tell me the time, place, or even who the accuser was.

Ronan Farrow is not a truth-seeker.

Ronan Farrow is the enemy of truth. He is our enemy.

On September 16, 2018, Emma Brown of The Washington Post broke the story of Christine Blasey Ford’s accusation. In her email to me that morning, Brown, mentioned a woman named Leland Keyser whom Ford claimed was at a party where Brett assaulted Ford and I watched.

In her final published story, Brown left Keyser out. She did so because Keyser denied any such party ever took place.

Emma Brown is our enemy.

Stephanie Ruhle and Ali Velshi, who used their platform at MSNBC to disseminate the lies of opposition researchers about me — and to get the vapors because I defended the beauty of make passion — are our enemies.

NBC’s Kate Snow, who was working with Michael Avenatti and who, like Emma Brown, withheld information that would have exonerated me and Brett, is our enemy.

Then there’s old and tired Jackie Calmes of the Los Angeles Times. In her error-driven book Dissent, Calmes uses as a source a man who by his own admission has never laid eyes on me, Brett Kavanaugh, or anyone from Georgetown Prep. Calmes also trashes me with selective editing. In 2018 Dwight Garner, a book critic for The New York Times, reviewed my book Wasted, which was mined by opposition researchers against Kavanaugh.

That’s only half of the sentence. Here is the full quote:

Wasted is the story of a privileged young white man, a cocky princeling among cocky princelings, who loses his virginity, loses his religion, loses his lunch and nearly loses his mind. These things happen to a cassette-powered soundtrack by AC/DC, The Clash, Eurythmics, R.E.M. and The Replacements.

Calmes was eager to quote Mike Sacks, a man who has never laid eyes on me or my high school friends, but she is careful to not quote Dwight Garner’s conclusion about my book:

It’s moving when Judge finally admits he has a problem and gets the help he needs. Reading the end of Wasted, I felt the way the theater producer Joseph Papp reportedly did when he first read ‘The Normal Heart,’ the AIDS-era play by Larry Kramer. Papp said, ‘This is one of the worst things I have ever read, and I’m crying.’

Finally, there’s my old friend John Heilemann, bestselling author and host of the ridiculous show The Circus. Heileman, a pal of convicted felon Michael Avenatti, once claimed that he knew me when I was a barfly in the 1980s. In the fall of 2018 Heilemann was screeching for me to be subpoenaed. He also claimed that in the 1980s I bought and sold cocaine, which is false.

John Heilemann is not my opponent or political debate opposition or a journalist who is part of a proud tradition of truth-telling in our republic.

John Heilemann is my enemy.

Don’t Talk to Reporters. Ever.

Remember, when you ever get a call from a reporter, you are speaking to someone whose job is to use other human beings, even killing them if necessary, to gain power.

Treat him exactly as you would a Stasi agent — as a direct descendant of the Nazi stormtrooper.

Media should always be treated as what they are: demons, your enemy, and the enemy of the truth.

We’re told to pray for our enemies, not to trust them. Whom should we trust?

Be gracious to me, O God,
for men trample upon me;
all day long foemen oppress me;
my enemies trample upon me all day long,
for many fight against me proudly.
When I am afraid,
I put my trust in thee.
In God, whose word I praise,
in God I trust without a fear.
What can flesh do to me? (Ps. 56:1-4)