Are We Next? How Australia’s Heavy Trade With China is Hurting it 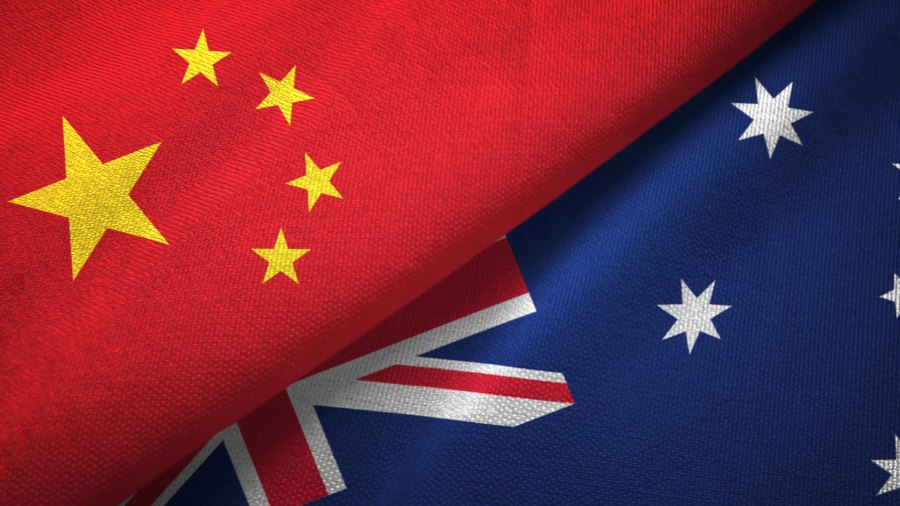 Sometimes you can have too much free trade — when you’re too dependent on one country. If that country has problems, you have problems. Thanks to their trade relationship, China’s big economy affects Australia’s smaller one.

Australia now relies on China for one-third of its trade. This profoundly effects the Australian economy and political system. It has put a strain on relations between the two countries over the past couple of years. Joel Kotkin, who runs the Center for Opportunity Urbanism, conducted an extensive analysis for City Journal.

Australia provides raw materials to China, including natural gas, iron, and coal. China provides manufactured goods in return. Australia sells 30.6 per cent ($123.3 billion) worth of its exports to China alone. China is Australia’s largest trading partner. It contributes $194.6 billion worth of imports and exports. This was more than the combined value of Australia’s trade with Japan and the United States. That totals only $147.8 billion.

So if China has economic troubles, Australia feels it. Billionaire businessman Kerry Stokes said in The Australian, “Our whole standard of living is virtually tied to our exports to China.”

China is heavily invested in Australian higher education. Chinese students make up a large portion of university students. Three universities employ 36,500 Chinese students, more than double the population of central Sydney. There is a large Chinese population in Australia, due to large numbers of Chinese moving there in the late nineteenth century to work in the gold mines.

Australia’s tourism industry has become dependent on the Chinese, since they make up 25% of expenditures in that industry.

Parts of Sydney look like China, with closely packed high-rise apartments. Because of this, Sydney’s housing prices are now higher relative to income than housing in San Francisco, Los Angeles, New York and London. Fewer people own property. Chinese businessmen have been buying up these buildings as investments. Many remain vacant.

There are concerns that Chinese communists are trying to influence Australian elections. Two Chinese businessmen contributed millions to Australian politics. Observers suspect they may be agents for the Beijing regime. Individuals with Chinese connections contributed more than $5.5 million to Australia’s main political parties between 2013 and 2015. They were the top source for foreign-linked donations.

Duncan Lewis, former head of the Australian Security Intelligence Organisation, the country’s counterintelligence agency, believes the Chinese government was seeking to take over Australia’s political system. A Chinese spy, Wang Liqiang, was caught trying to infiltrate parliament. Feng Chongyi, a professor at the University of Technology Sydney, worries, “Even my freedom in Australia is increasingly under threat from China’s ‘soft power.’”

The Chinese have made inroads into Australia’s political class. Former Australian prime minister Kevin Rudd, who speaks Mandarin, has been a cheerleader for Beijing. He accused former prime minister Malcolm Turnbull of conducting an “anti-China jihad.”

China has used bullying tactics. The country refused visas to two Australian MPs who criticized the regime. The Chinese embassy said the two would need to “repent and redress their mistakes” if they wanted entry. They didn’t.

Kotkin recommends that Australia strengthen its ties with other countries. One is the “Anglosphere.” The other is the democratic Asian countries, notably India and Japan, which are both worried about Chinese expansionism.

Warning to the U.S.?

Could this happen to the U.S.? We rely heavily on Chinese imports. Kotkin thinks it’s less likely, since the U.S. “possesses the market size, military capacity, and technological power to resist Chinese expansionism.” The U.S. receives 21.6% of its imports from China. And China was the U.S.’s largest creditor in 2018. China’s low production costs and cheap labor negatively affect the export market of the U.S.

He wanted to protect American jobs and businesses. It should help reduce U.S. dependency on Chinese imports. Maybe the Australians should consider doing the same.