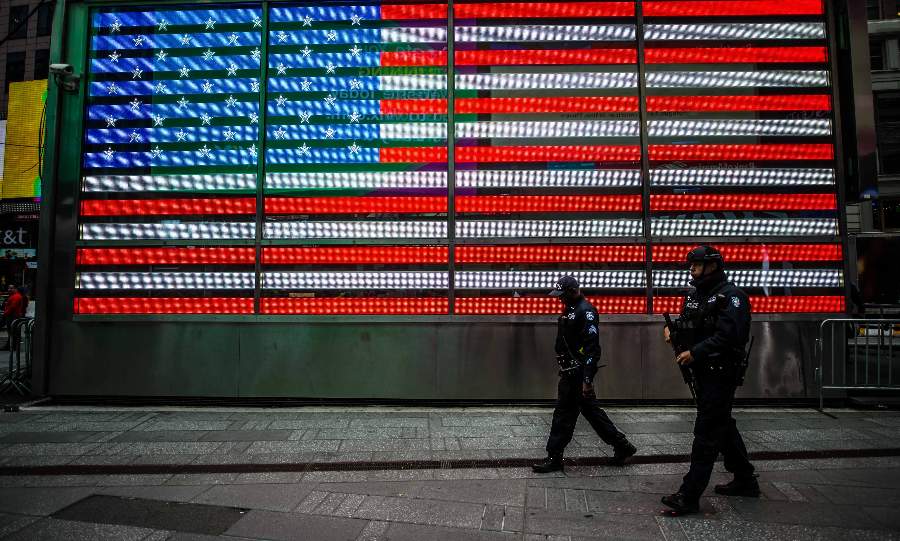 Are there racist cops? Certainly. Are the police systemically racist? I do not believe so. Then why do I believe that many African-American males have been mistreated by the police? I’m happy to explain.

In my last article, I wrote, “After years of regular interaction with the black American community, I have no reason to question the horror stories they have related to me. For example, when a black pastor calls my show — I’m talking about a God-fearing, law-abiding conservative who agrees with me point for point on the culture wars — and tells me about how he had to lecture his teenage boys about behavior around police, lest they be shot, I believe him, especially when his story is one of many that I have heard.”

Acknowledging the Black Experience is Not Proclaiming Systemic Racism in Policing

In response to the article, a pastor commented on Facebook, “You wimp out.”

When I asked him to explain his accusation, he wrote, “You assume automatically what a black person say is right and that all police are racist. You sound like a liberal news reporter. The statistics don’t prove what you say.”

Putting aside his “wimp out” rhetoric, his own response was laced with false assumptions.

First, I don’t assume what any black person says is right. Second, I never said (or hinted or came within a million of miles of implying) that “all police are racist.” Third, the statistics do prove what I say, but statistics are subject to interpretation.

The reality is that, having interacted with black colleagues and friends for years, having listened carefully to scores of black callers over the course of 13 years of daily talk radio, and recognizing that the legacy of our past is not instantly overcome, I have formed certain opinions and drawn certain conclusions.

Frankly, I don’t believe that black Americans are experiencing corporate hallucinations or have been corporately brainwashed when it comes to mistreatment at the hands of the police. In other words, when there is so much shared pain in the African-American community over the death of George Floyd (among others), that pain has not been manufactured by the media and the race baiters. It is real.

At the same time, I don’t believe there is systemic racism in the police force, meaning, I don’t believe racism is fundamentally built into the system and is the norm among the police. If that were the case, the killing of Floyd would be repeated multiple times a day, every day of the week.

I don’t doubt the common stories of African Americans being mistreated by the police, and I don’t believe that the police are systemically racist. Both realities can exist side by side.

To the contrary, tragic events like this are the outliers, the exceptions to the rule during daily police contacts. As noted by Heather Mac Donald in the Wall Street Journal, “However sickening the video of Floyd’s arrest, it isn’t representative of the 375 million annual contacts that police officers have with civilians.”

Yes, you read that correctly. There are 375 million annual contacts between police officers and civilians. If systemic racism existed in the police force, as it did in the past in different parts of our country, things would look dramatically different than they do today.

I’ve also interacted with many police officers over the years as well as listened specifically to black police officers and police chiefs, and all this confirms my belief that the police are not systemically racist.

“Less Than What the Black Crime Rate Would Predict”

As far as the raw data, Mac Donald wrote, “In 2019 police officers fatally shot 1,004 people, most of whom were armed or otherwise dangerous. African-Americans were about a quarter of those killed by cops last year (235), a ratio that has remained stable since 2015. That share of black victims is less than what the black crime rate would predict, since police shootings are a function of how often officers encounter armed and violent suspects. In 2018, the latest year for which such data have been published, African-Americans made up 53% of known homicide offenders in the U.S. and commit about 60% of robberies, though they are 13% of the population.”

Actually, Mac Donald did anything but gloss over this issue. Instead, she put the statistics in context, looking at the roughly 1,000 individuals killed in confrontations with the police every year.

So, it’s not just a matter of looking at numbers and statistics. It’s a matter of analyzing them.

In this case, while it is true that more white men are killed by police every year than black men, it’s also true that, per capita, black men are killed at a higher rate than white men. Yet that is only part of the story.

This means that, based on men and women each representing about half of the population, the police are killing males at a massively higher rate than they are killing females. Does this imply that the police are systemically anti-male?

Of course not. It simply means that the police are having potentially dangerous confrontations with men more than with women and that men are committing crimes at a higher rate than women.

The same applies to police interaction with blacks and Hispanics as opposed to whites. It’s not a matter of systemic racism within the police force as much as a result of the nature and number of police confrontations with those suspected of a crime or involved in a crime. For whatever reason, blacks and Hispanics are represented at a higher rate, per capita, than whites.

Also of relevance is the fact that, according to Mac Donald, black police are more likely to shoot a black suspect than are white police. Again, race is not the issue.

How, then, do I explain the shared experience of many black Americans? Why are so many bad memories triggered by the death of George Floyd?

First, some of this has to do with memories, thinking back to days in our not too distant past when systemic racism was part of the warp and woof of American society.

Second, some of this has to do with the exceptionally high crime rates among young black males, because of which they are more likely to be profiled and suspected. And because the police have more violent confrontations with young black males, they are more likely to err on the side of protecting themselves rather than protecting the suspect, leading to more acts of police brutality.

Racial Inequities Exist, But We Don’t Need to Blame Systemic Racism Among Police

To be sure, I am not excusing or downplaying police brutality. Not for a split second. And I am not suggesting that police reforms are not needed. Not at all.

Most importantly, I am not implying that blacks (or black males or young black males) are prone to criminal behavior by nature. PERISH THE VERY THOUGHT OF SUCH A DESPICABLE IDEA.

Rather, whatever has contributed to this high crime rate in the African-American community, be it the legacy of systemic racism in the past, be it current inequities in our justice system, be it the breakdown of the family, be it government policies or be it any other number of factors, these are the current realities, leading to more confrontations with the police.

So, I don’t doubt the common stories of African Americans being mistreated by the police, and I don’t believe that the police are systemically racist. Both realities can exist side by side.

The big issue, once again, is that these societal inequities still exist in our society. Therefore, our focus should be on finding ways to work together to address these problems holistically.

We can do that without denying the experiences of many black Americans or propping up charges of systemic police racism.